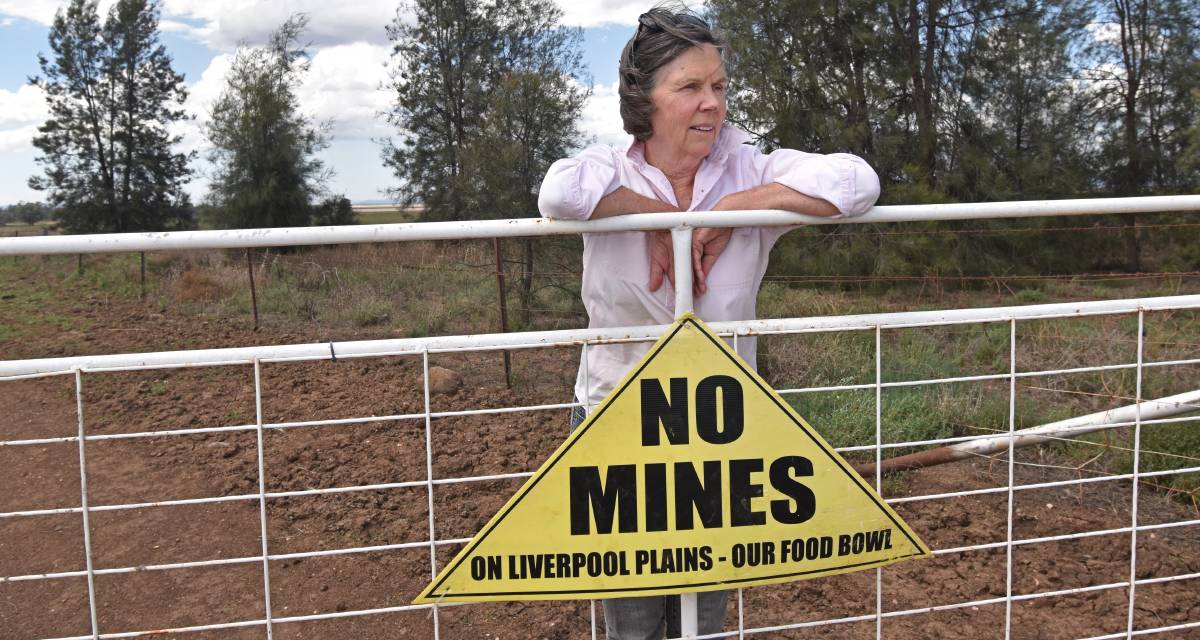 The mining application is currently in front of the NSW Government.

FRUSTRATION among farmers across the Liverpool Plains continues to grow as they await a decision on the future of Shenhua's Watermark Coal Mine project.

The future of the project is currently waiting on the approval of its mining application, which is before the NSW Government.

Its success hinges on the approval of three environmental plans, which include water, rehabilitation and koala management plans.

The water and rehabilitation plans also have to get signed off by the federal government.

"SWC has made a long-term commitment to establishing the Watermark project and has been diligent in ensuring we adhere to the rigorous planning and environmental approval processes, as set out by state and federal governments," the spokesperson said.

"The project has already received a state development consent, which was approved by an independent planning panel.

"As part of the planning process, SWC has submitted a mining lease application and upon approval, we will be able to assess our construction timeframe.

"SWC has also received approval for the majority of its environmental management plans, and the outstanding plans are progressing and will also be subject to government review."

Nea farmer and Caroona Coal Action Group president Susan Lyle said the project, which was first floated more than a decade ago, had been given enough chances to get off the ground.

"The latest report we have from Professor Ian Acworth shows that the southern pit itself seriously can't be mined because of the water issues," Mrs Lyle said.

"Within that report, he also questions the impact salt would have on the landscape.

"What we suspected over 12 years ago is exactly what has been found.

"He is a world-renowned hydro-geologist and we just don't seem to get the message through to government that the science of people like Professor Acworth has to be taken notice of."

SWC submitted the mining application on June 26 and in doing so avoided triggering a cancellation clause, which would have given the state government the power to scrap the development.

The mining licence comes at a cost of $200 million that will be payable when the application is approved.

A decision on the mining application will be made by the Department of Mining, Exploration and Geoscience, which falls under John Barilaro's ministerial responsibilities.

A spokesperson for Mr Barilaro said the process of determining the application was ongoing and did not indicate a determination date.

"The Department of Mining, Exploration and Geoscience seeks to provide a notice of proposed recommendation to an applicant within 45 business days," the spokesperson said.

"This timeline is subject to any further information that may be required from an applicant. That process is continuing."

If approved,the project is expected to deliver more than $1 billion to the Australian economy annually, as well as 600 jobs during construction and 450 operational jobs.