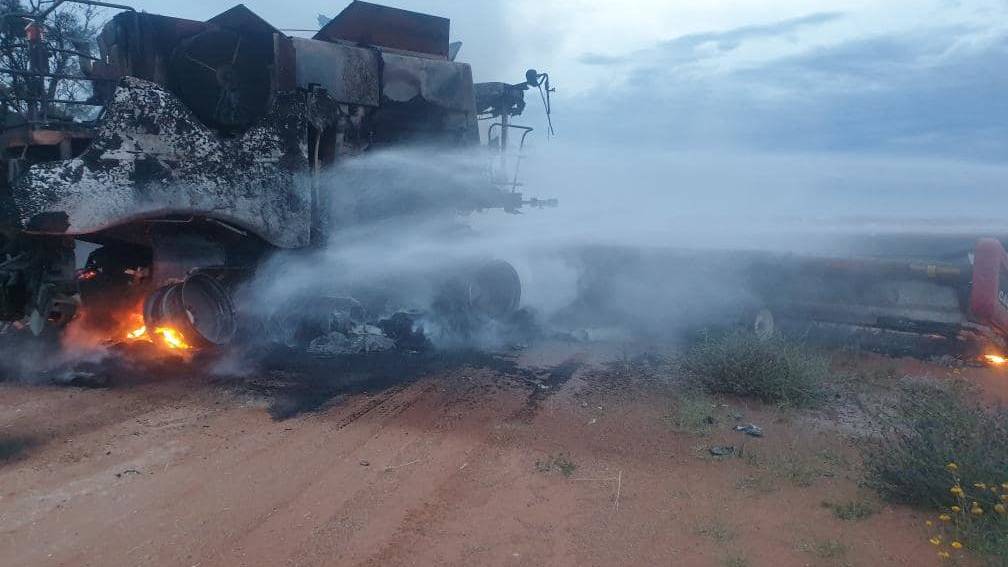 A header goes up in flames in the Mid-Lachlan District where there have been four headers totally destroyed already this harvest. Photo: RFS Mid-Lachlan Zone

Firefighters have been run off their feet in cropping districts around the state, attending numerous machinery, hay and grass fires since harvest got underway.

Mid Murray RFS crews had a busy morning on Monday, with a fire south of Deniliquin reaching the 'Watch and Act' alert level having burned through around 1000 hectares of grazing and cropping country fronting the Edward River.

RFS District Assistant for the Mid-Murray Zone Gerard James said a windstorm with gusts up to 70km an hour led to a felled power line, which appears to have ignited the blaze in the early hours of the morning.

The area burnt by a fire that started south of Deniliquin during a windstorm. Photo: FiresNearMe

There were seven trucks deployed and heavy machinery and water-bombing aircraft were also sent to help.

The fire was downgraded to 'Being Controlled' yesterday morning and is now 'Under Control.'

"We want everyone on their toes"

Mr James said it was their first large-scale fire of the season, but they had known it was coming.

"A lot of people have been thinking it will never happen to us, but we have such a massive fuel load in this part of the world this year and our stock numbers are very low coming out of the drought," Mr James said.

"We want everyone on their toes, have their water carts ready and play by the rules, because it could get really nasty."

Mr James said they had around 20 Triple Zero calls on Sunday alone, with hay stack fires and lightning strikes keeping them busy. 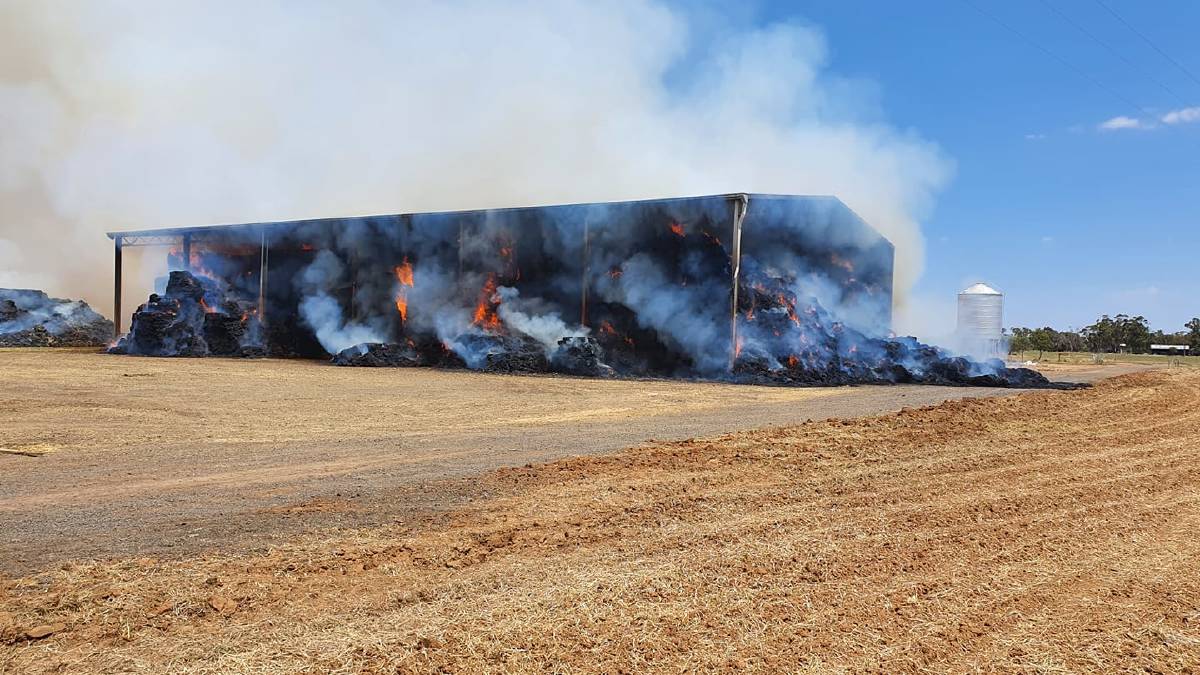 Hay baled to beat the rain goes up

He said wet weather through September had meant people had baled hay at too high a moisture or before it was cured properly, trying to beat the rain.

"That's been burning for a week now and we think it will burn for another week yet."

RFS District Manager of the North West Zone, inspector Paul Metcalfe was urging growers to use the RFS Grain Harvesting Guide to determine whether it was safe to continue, with a 'Very High' fire danger rating listed for their region again today. 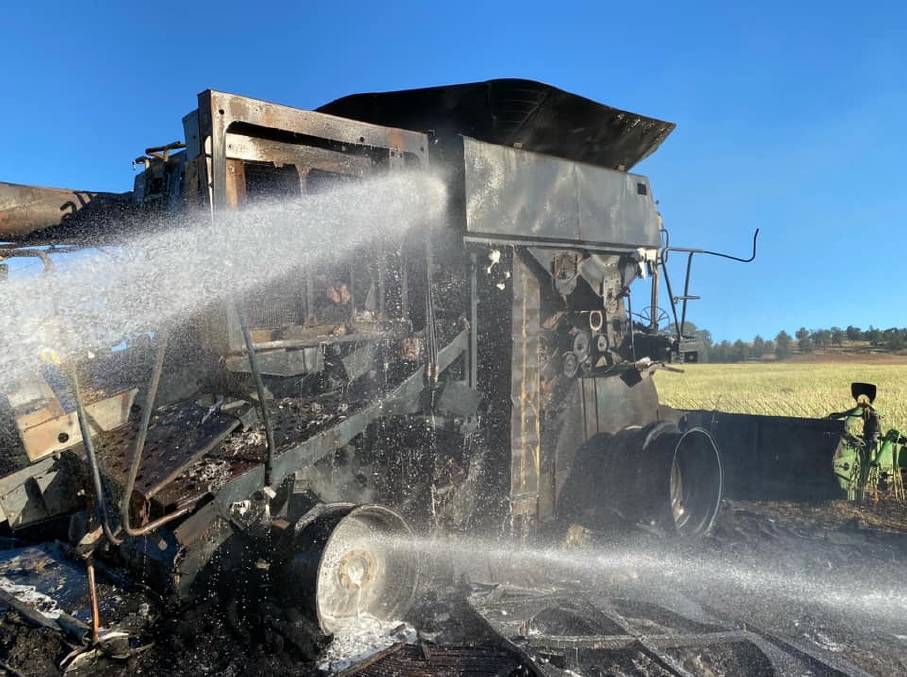 Mr Metcalfe said unfortunately they had seen a number of crop fires already this season.

"I think we saw three on Sunday, some of those took out some large areas of crop, in the hundreds of hectares," he said.

"We're really asking people to be very careful, as temperatures warm up, crops are drying out and it's certainly a challenge for everybody."

He said the fires had generally been started by machinery, particularly when there was a build up of dust, while storms had also kept them busy.

"Last Thursday night at Walgett there were numerous small lightning strike fires, it was our busiest night in probably three and a half years, we went to about 10 jobs," Mr Metcalfe said.

RFS District Manager of the Mid-Lachlan Zone, superintendent Ken Neville said they had seen eight fires sparked by headers, with four leading to the headers being completely destroyed.

"We're nearly having one a day - a fire starting or a header burning - since harvest got into full swing," Mr Neville said.

He said they hadn't found a cause for some of the header fires, but said it was crucial that machines were blown out to reduce the chance of ignition.

"We've had one fire that was started when they were harvesting clover, and it had a very fine dust," Mr Neville said.

"But, we are a bit bewildered as to why we're getting so many header fires at this stage."

He said once a header sparked it could be gone within five minutes.

"It's very important that the contractors or landholders have some firefighting equipment of their own close by so if a fire does start they can jump on it very quickly."