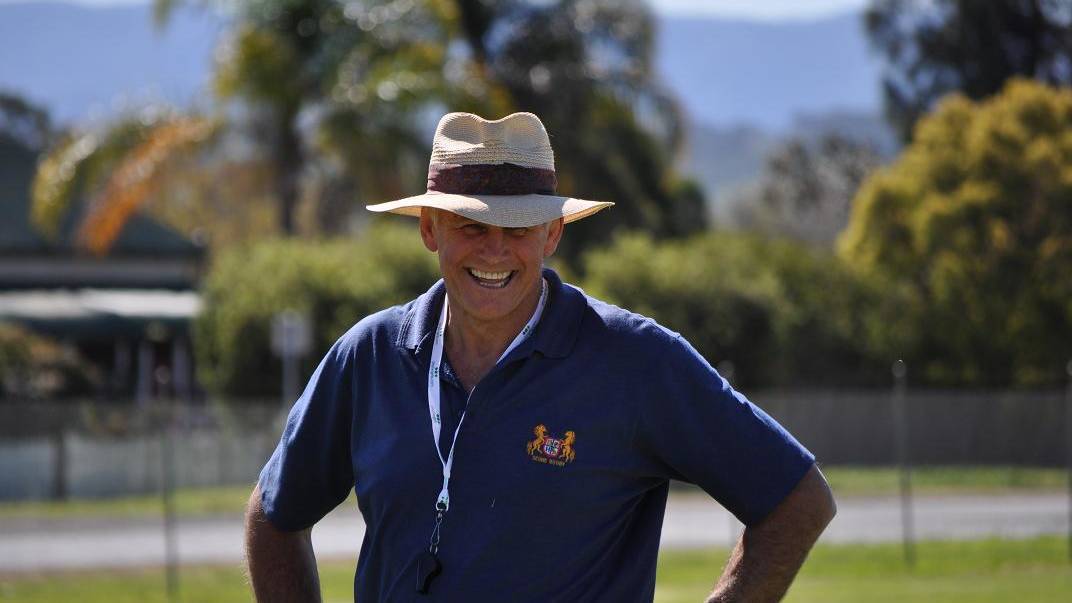 Oliie Hall loved the game of rugby for its sense of tough but fair play and camaraderie and he returned the favour by committing to junior rugby in the Upper Hunter.

He came from the bush to play rugby for the Wallabies

He came from the bush and played rugby for Australia and that is how Ollie Hall will be brought to mind this week by aficionados of Country rugby.

Ollie's easy country smile belied his commitment to the job at hand and he will long be remembered for the ease with which he embraced the various byways of his very interesting life.

Oliver 'Ollie' Hall, who passed away this week aged 67 was the son of a Wellington-district grazier, and growing up on the land imbued him with a determined work ethic and an inspiring attitude to life.

He had a broad affection for the land but he was one of those exceptional rugby players from the bush who made the transition from bush championships to making a mark in the Shute Shield competition in Sydney.

Ollie was born in 1952 in Wellington and played rugby for Yeoval, Wellington, Dubbo Kangaroos, Scone Brumbies and Hay Cutters.

He then took a break from rugby, but in 1982 Ollie was enticed to play for the Manly Marlins in 1982 at the age of 30 and played 56 games including the 1983 grand final which Manly against Randwick.

During his time with Manly, he was presented with the Chad Paton Award for most outstanding player in the club.

Further rugby honours accrued with selection for Sydney, NSW and the Wallabies on their end of season tour to France and Italy in 1983.

Ollie would play five times for Australia during that tour and it was said he was on Wallabies coach Alan Jones' radar ahead of the famous 1984 Grand Slam tour but suffered two serious knee injuries which cut short a promising international career.

In 1993 having retired from all football and leading Scone Rugby to a memorable grand final win, Ollie was invited by his brother-in-law Stuart Hodgson to play a season with the Hay Cutters alongside his brother Tim.

That year they played in a drawn grand final against Junee at Murrayfield Oval, Albury where Ollie's dominating presence inspired and lifted the Hay Cutters from a team of jackaroos to competition leaders..

Epitomising all that is good about Country rugby, Ollie is remembered by teammates as a strong, likeable loose head prop with a deep love of the game; but it should not be forgotten he did have more than a touch of 'mongrel' and enough to unnerve opposing front rowers.

Away from playing representative rugby, Ollie was a farmer, a contractor, a jackaroo, a mining technician and an actor, jamming a varied and fascinating career into his short life.

With his burly physique, shock of blonde hair and easy personality it was no surprise to family and friends when Ollie was recruited "from the Round Bar of the Steyne Hotel" to play a part in Mad Max III: Beyond Thunderdome with Mel Gibson and Tina Turner in starring roles.

He worked on Mad Max III for ten months and took pride in the fact he was the longest employed on the film set where he was assigned the role of Tina Turner's bodyguard.

During filming he was also an assistant to Angelo Rossitto who played The Master, a scheming engineer.

Ollie did some stunt work on the Mad Max film and after that initiation into the film industry, he had the part of 'Tiny' in the TV mini series Fields Of Fire (1987)and alongside Tom Selleck and Alan Rickman in Quigley Down Under (1990).

In between acting gigs he always headed home to the bush where he helped Scone Brumbies win the 1989 premiership.

In 1986 he thought he would like to try his hand at sailing so he joined a crew preparing to sale in the annual Sydney to Hobart yacht race .

Ollie was put through a few training runs on Sydney harbour and his ability to adapt so quickly and his enormous strength helped Condor take line honours that year.

Such was his influence, crew members recalled Ollie's strength reduced the time it took to change the sails which contributed to the win.

He was later invited to take part in the international reggata at Cowes on Sagacious in the Admirals Cup in 1987 but could not attend due to prior acting commitments.

Ollie lived in the Upper Hunter for the past twenty years where he mined, farmed and coached the junior rugby in Scone.

He will be remembered as a hard old bushie who never took a backward step, a classic laconic bloke from the country and who was an absolutely great bloke.