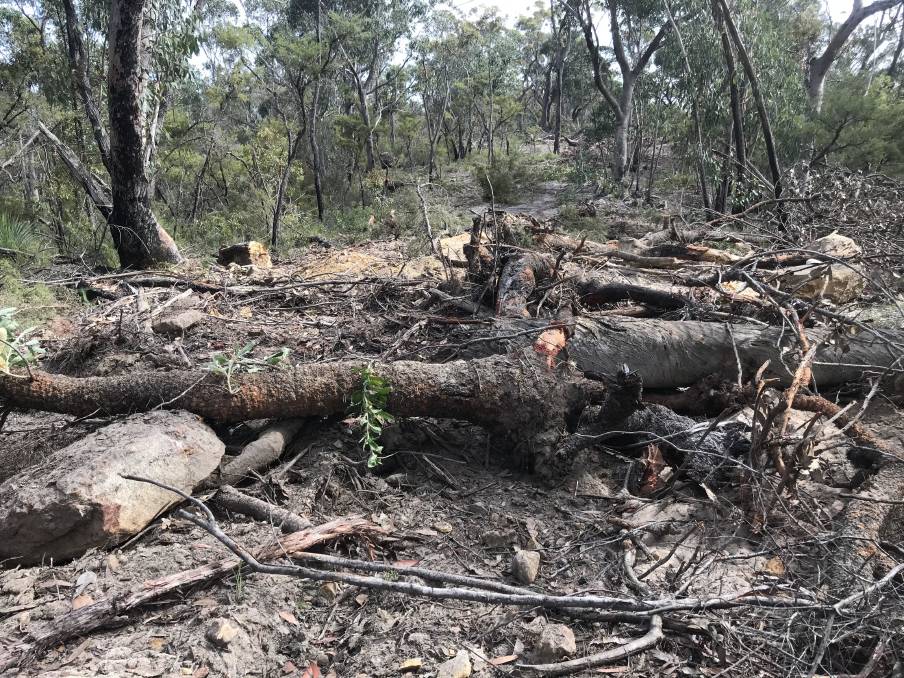 BANKSIA MEN: A number of old-man banksias bit the dust during the closure of a fire trail just west of Kurrajong Heights.

The NSW National Parks and Wildlife Service has "rehabilitated" a fire trail near Kurrajong Heights in the Blue Mountains by knocking over trees along its entire length.

The trail, which is accessed through private land on Bells Line of Road just west of Kurrajong Heights village, is now strewn with trees bowled over by a 25-tonne excavator.

The trail has been used by firefighters for around 60 years and was re-opened last summer as the gigantic Gospers Mountain fire headed towards the village after ripping through Clarence, Dargan, Bell and Bilpin.

Kurrajong Heights Rural Fire Brigade had been hoping to have the trail, which runs for about two kilometres and provides a bird's eye view of the country to the west and north, made a permanent part of the NPWS fire trail network.

The brigade's long-serving captain, Brian Williams, said the closure of the track had been done without prior consultation.

The brigade has lodged complaints with the NPWS and the NSW Rural Fire Service about both the closure of the trail and the destructive way it was done.

A spokesman for the NPWS said the rehabilitation action was approved by the NSW Rural Fire Service (RFS) in a Make Safe Plan under the Rural Fires Act.

The spokesman said it was not an existing fire trail and consideration of new fire trails was done through the Hawkesbury Bushfire Risk Management Committee which was led by RFS.

NPWS was committed to ensuring an extensive network of fire trails that are accessible and in good condition, the spokesman said.

But Mr Williams said he was extremely disappointed with the way the trail was closed down with vegetation pulled over its whole length.

"I am extremely disappointed in the way it was closed down, the entire length of the track has had living vegetation pulled over it," Mr Williams said. 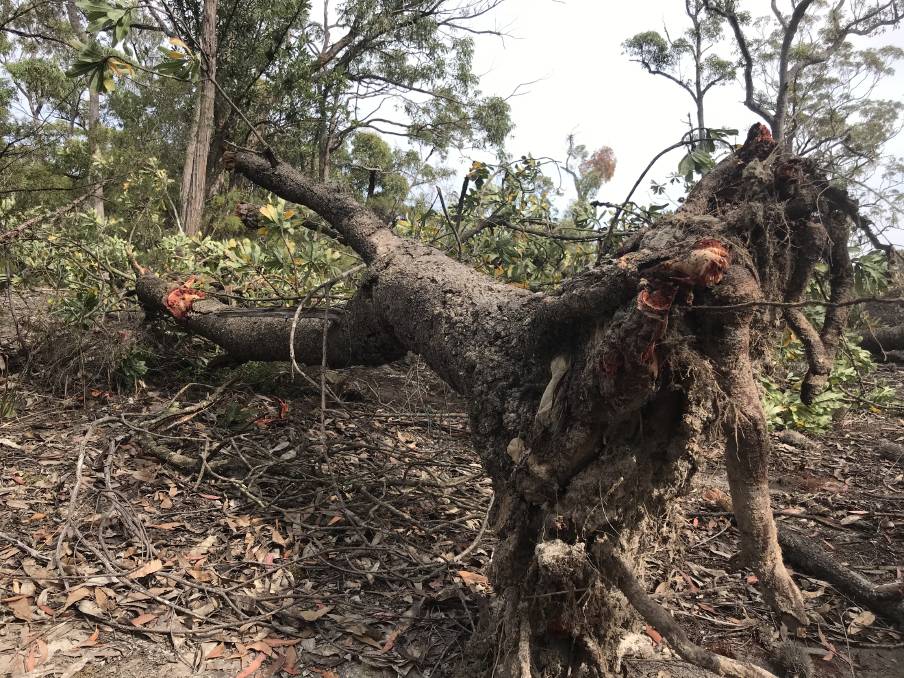 TIMBER!: One of the trees uprooted during the "rehabilitation" of a fire trail near Kurraong Heights.

He said some of the banksias which had been knocked over and pushed across the track were more than 100 years old.

"The whole track has been disturbed, it would take a lot of work to re-consolidate the track and get it back into use (for fire trucks). The environmental destruction can't go on."

The Gospers Mountain Fire burnt more than one million hectares and caused widespread damage in both the Wollemi and Blue Mountains National Parks.

Mr Williams said he was deeply annoyed that the fire trail is located in one of the few patches of bush not burnt during last summer's fires yet the NPWS had seen fit to destroy more trees. 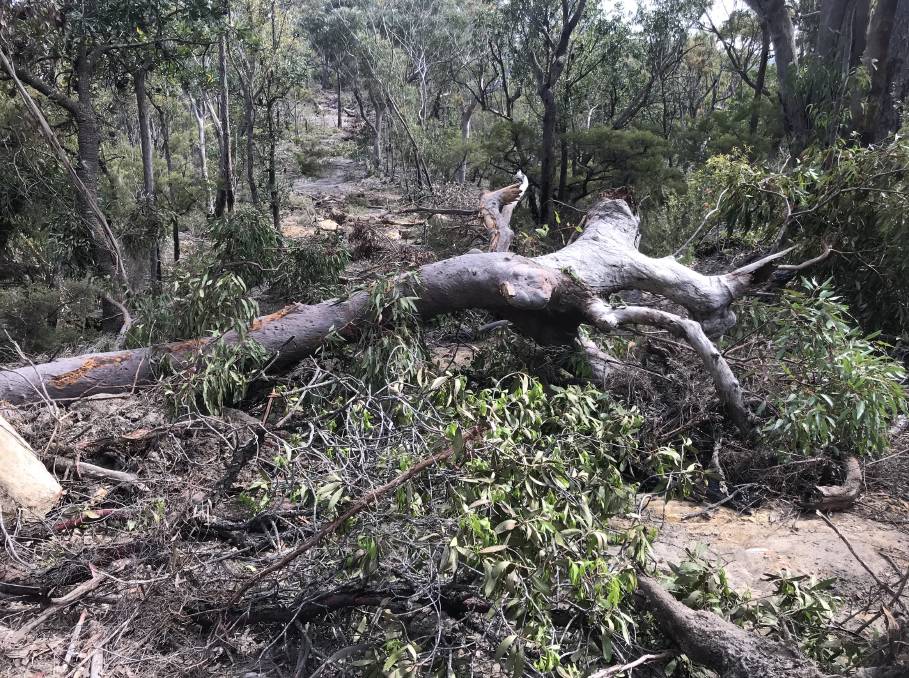 SLAMMED SHUT: Many old trees were knocked down to effectively block a fire trail near Kurrajong Heights which has annoyed local residents.

A forestry expert, Vic Jurskis, has visited the site and estimated some of the fallen eucalypts and banksias were over 100 years of age.

He said the trail had been re-opened last summer with minimal disturbance and said the actions of the NPWS would hinder rather than help its rehabilitation.