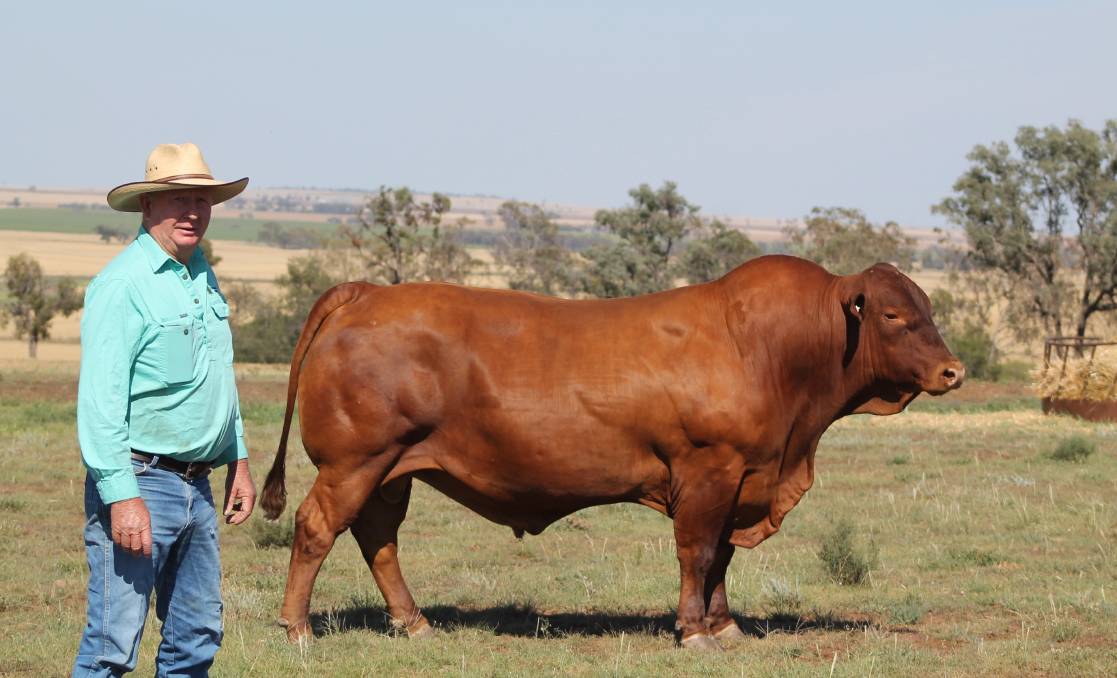 A rising four-year-old Senepol bull from the Planchonella Hill stud at Yallaroi via North Star has been sold for a breed record half share price of $32,000 to Hewitt Cattle Australia at Emerald, Qld, for use in their own composite bull breeding program.

Hewitt manager Warren Miller organised the sale, saying he was attracted to the outcross for his phenotype.

"It's a long stretchy thing with a bit of punch," he said noting that PHA Milparinka would be used over IVF Charolais/Droughtmaster heifers. "We try to breed fertility into our herd," he said. "And we like the slick coat and temperament of the Senepol. We've got county at Alice Springs and Charters Towers as well as Emerald so bulls need to get out and walk. They need to have tick resistance. We're looking for the best of what's available in the Senepol breed which is known for its fertility."

Breeders the Baker family will retain the bull's other half share and has already entered into a production agreement with Semex Australia after director Jim Conroy considered Milparinka's suitability for semen sales to South East Asia and Brazil.

"He is of the right style and type," Mr Conroy said. "He has a medium to above average frame. Most of the world is over big framey cattle but they don't want small ones either. He has a nice amount of muscle and a good muscle pattern."

Mr Conroy said semen sales to South East Asia would be used in cross breeding operations and also over Thai dairy cows so this Senepol needed to have cover and softness so progeny would fatten.

In Brazil the Senepol semen would be used over Bos indicus Nelore types which are crossed with Taurus to build vigour with the Senepol a favourite in tropical regions," Mr Conroy said.

Milparinka's sire was Five Star Mojo and his dam a very laid back and long lived daughter of PHA Bob Marley, bred by Mr Baker from an imported embryo and who sold a half share for a record $11,000 in 2006.