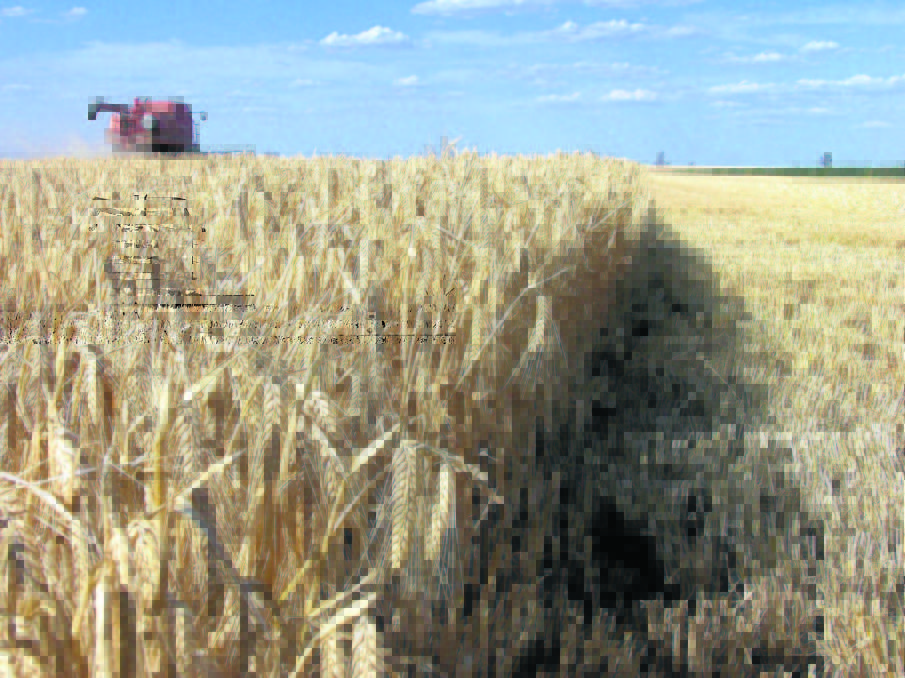 As a bumper grain harvest continues, there is welcome news for the barley industry being able to export to Saudi Arabia through its new import tenders.

This decision by the world's biggest barley importer is a significant step in the economic transformation program announced by the government in 2016.

Saudi Vision 2030 is a strategic framework implemented to reduce Saudi Arabia's dependence on oil, and to improve the nation's food security.

First announced by Crown Prince Mohammed bin Salman in 2016, the goal is to diversify the kingdom's economy and develop public service sectors - such as infrastructure, education, health, recreation and tourism.

Through the program, private enterprise will be encouraged to take a leading role in many of the initiatives.

Behind the scenes, independent of recent SAGO barley tenders, the privates have been active in engaging global barley exporters.

There was a round of business done back in September, and commitments from Australia alone are rumored to already be as high as 500,000 tonnes in the current marketing year.

The privatisation of barley imports was primarily facilitated by a change in the kingdom's animal feed policy back in January of this year.

Historically, the Saudi government directly subsidised all grain and feed imports - except for hay.

Now payments are made directly to livestock and poultry producers based on production.

Small livestock farmers are the major consumer of imported feed barley, and they are now given cash payments based on the number of animals they are rearing.

They must have a maximum of 300 animals in four eligible livestock categories of goats, sheep, camels and cattle.

All farmers who qualify for the scheme receive monthly grants of US$2.13 per head for goats and sheep, US$10.67/head for camels and US$16/head for cattle.

The Saudi government has allocated a total budget of US$320 million per year to the program.

The payment regime is a little more intricate for the poultry industry, where the government has allocated up to US$187 million annually.

The subsidies vary according to the type of production and are intended to incentivise producers to improve biosecurity protocols and adopt technology that increases efficiency and productivity.

The major sellers into the kingdom in recent years have been the European Union and leading Black Sea producers, Russia and Ukraine.

This is down by about 0.4 million tonnes from its October estimate, with small falls in production in Turkey and the European Union being the prime contributors to the downward revision.

The USDA held its Australian production estimate steady at 10.5 million tonnes, which seems very conservative compared to domestic trade forecasts - some of which are in excess of 13 million tonnes.

That said, it always seems to take the USDA a couple of months to catch-up on reality outside of the US.

Again, that number is well below domestic trade estimates - many of which are above 5 million tonnes - and growing.

Just how big that number becomes will depend to a large extent on Australia's competitiveness into the Middle East during the next six months.

At current values, Australia is hugely competitive into the Saudi Arabian Red Sea ports of Jeddah and Yanbu, and is the cheapest major origin into the Arabian Gulf destinations - such as Kuwait, Qatar, the United Arab Emirates and the Saudi Arabian port of Dammam.

The SAGO tender announced late last week was for a total of 720,000 tonnes of animal feed barley in 12 shipments for arrival in January and February 2021.

Eight of those cargoes, or 480,000 tonnes, are to be discharged at Red Sea ports and the balance are to be offloaded at the Arabian Gulf port of Dammam.

It wasn't surprising to see a clean sweep to Australian exporters when the tender results were released on Monday afternoon (Australian time).

Glencore and GrainCorp shared the Red Sea port sales, with four cargoes apiece, and the Arabian Gulf business went to Glencore and CBH, each selling two cargoes. While the offers are optional origin, most - if not all - are expected to be executed out of Australia.

With freight at US$20/t, that equates to about US$215/t free on board - Western Australian ports - which is bang-on replacement value today.

With a big barley crop currently hitting the silos, Australia needed to see some strong demand outside of Asia.

Picking up such a big chunk of Saudi Arabian business is perfectly timed to counter the price pressure of a rampant harvest.