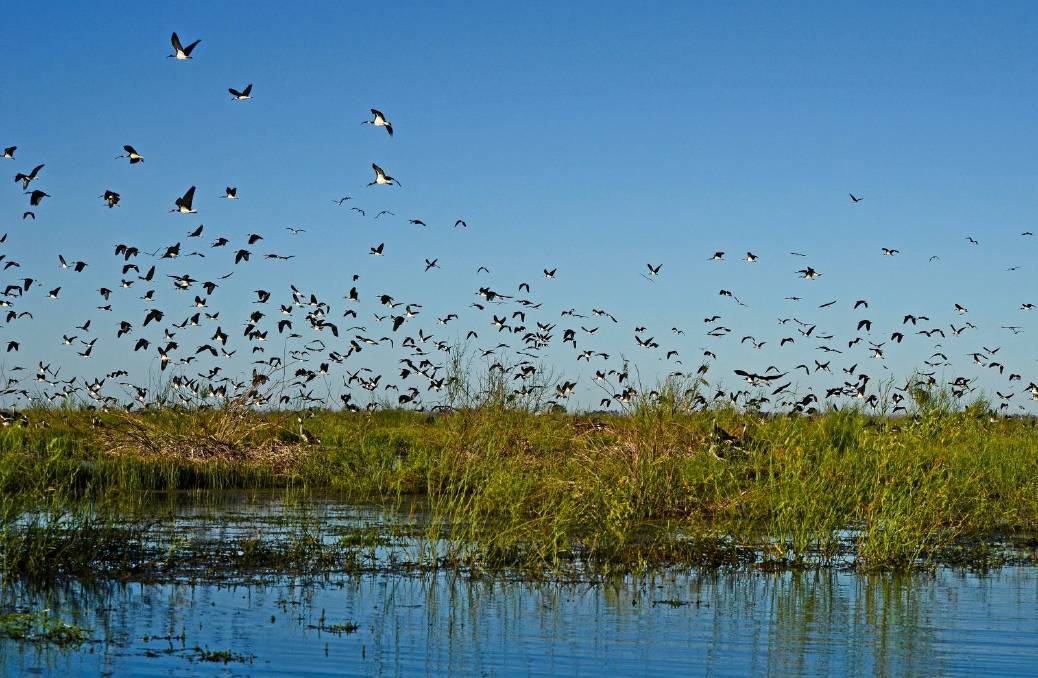 An ANU study into the environmental watering in the Murray Darling Basin has found a only a very small proportion of wetlands have been watered in the last five years. Photo: Mal Carnegie

Study finds 300GL of environmental water delivered during hottest half of the year.

A study by Australian National University researchers has found only two per cent of managed floodplains in the Murray Darling Basin receive water each year.

The peer-reviewed report, which assessed data from the Commonwealth Environmental Water Office between 2014 and 2019, also found that 80pc of environmental water was released down the river channels, with only 20pc categorised as going overbank.

Additionally, only an estimated 1pc of the area of all major wetlands in the Basin received enough environmental water to constitute an ecologically effective flood.

While, almost 300 gigalitres of environmental water was delivered during the hottest half of the year, when evaporative loss is highest, thus effectively shortening the duration of flood events.

One of the report's authors Jamie Pittock said the study was the first to compare what wetlands are being watered against the Basin Plan's targets.

"The Commonwealth has spent billions of dollars acquiring environmental water, with the intent to both maintain water quality in the river channels but also to...water the wetlands," Professor Pittock said.

"Sadly only a very, very small area has been able to be watered in the last five water years.

"What that means is unless we're counting on massive floods to occur every five to 10 years then vast parts of the wetlands will die."

Professor Pittock put the Plan's failure to achieve one of its key objectives down to a delay in the constraint relaxation process agreed to by NSW and Victoria.

"In 2013 they agreed to a constraints management strategy...to remove blockages along six stretches of the main rivers in the Southern Basin," he said.

"These blockages are what's preventing the water managers from deliberately allowing the water to flow out over the river channel."

Professor Pittock said nearly $900 million from the federal government had been made available to pay for the process, the money used in three ways to ensure high flows could pass down the river.

Firstly to strengthen town levy banks where required, secondly to invest in improving low-lying infrastructure, such as raising low-lying bridges to ensure road access during floods and lastly to compensate landholders for allowing water to pass over their properties.

Five of the six constraint relaxation projects have been included as part of the Sustainable Diversion Limit Adjustment Mechanism (SDLAM) - which allowed environmental water recovery to be reduced by 605 gigalitres on the basis that the Basin state's would implement 36 water projects by 2024.

In September, NSW Water Minister Melinda Pavey told a Commonwealth Senate inquiry that it was not possible to deliver the SDLAM projects in that timeframe and is arguing that the plan's focus should shift to a 'triple bottom line' approach instead.

However according to the Murray Darling Basin Plan as it stands, if the SDLAM projects are not implemented by the 2024 deadline the federal government is required to buy back more water - a concern for many irrigators.

In a statement the Murray Darling Basin Authority said they had been open about the fact that state government progress to complete the constraints projects has been slow.

"These projects are important as they will maximise environmental outcomes of the Basin Plan by allowing water to reach the floodplains and wetlands," the statement read.

"Our June 2020 Report Card assessed these complex projects as 'at risk', which means greater effort is needed by state governments over the next four years to bring communities on board and deliver benefits to the river system."

Next month the MDBA will release a comprehensive Basin Plan Evaluation, including environmental outcomes.

"To put the negotiation challenge in perspective, the Commission identified that relatively minor changes in flood easements with 103 landowners below Hume dam took eight years to resolve earlier this century," she said.

"Landowners have legitimate concerns about what more frequent, higher inundation means for their farm operations."

Ms Miller said The Catch 22 was if the SDLAM falls short, communities are threatened with more buybacks.

"It's crazy. We need bipartisan support recognising the timelines are unrealistic, and amending the Basin Plan with more realistic timelines and greater flexibility on SDLAM projects."