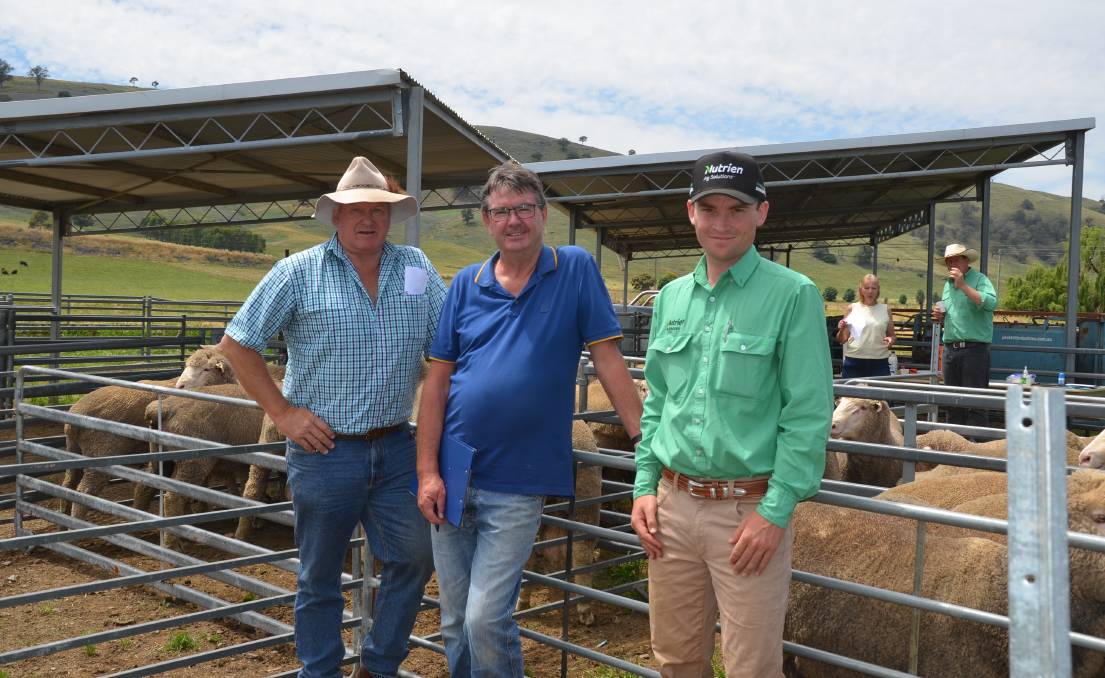 Dimension Dohne rams sold for a top of $1400 and an average of $956 at the Gundagai stud's on property selection day.

There were 41 rams on offer and 27 sold at auction, mostly to clients from the South West Slopes and Wagga Wagga region.

Dimension is one of the oldest Dohne stud's in eastern Australia, breeding rams from some of the first Dohnes to enter the country back in 1999.

Dimension stud principal Dan Carey said around 60 per cent of their 2020 ram draft went back to Gullendah Dohne genetics and the rest were from their own line, which had been running continuously since their inception.

"We're quite focused on breeding sheep which are not too big," Mr Carey said.

"They've got to be of a good size, good stretch and good wool type, because people are looking for a dual-purpose sheep and that's what Dohnes do.

"This is probably our most even line of wool sheep we've produced."

The Bush family of Goulburn bought the top priced ram for $1400, while volume buyers included the Nicholls family, Gundagai and Reiland Angus, Gundagai.

Mark Lucas of Reiland Angus said they ran about 2700 ewes alongside their cattle operation.

"Because we run them with the cattle, the sheep have to be easy-care, productive and the benefit with Dohnes is we have a self-replacing cycle in them," Mr Lucas said.

He explained a third of their sheep were joined with Dohne rams and the older ewes went to a White Suffolk or Poll Dorset, terminal sires.

"If we need to push the crossbred lambs they get preferred feed.

The sale was conducted by Nutrien Wagga Wagga livestock agents with Peter Cabot taking the bids.