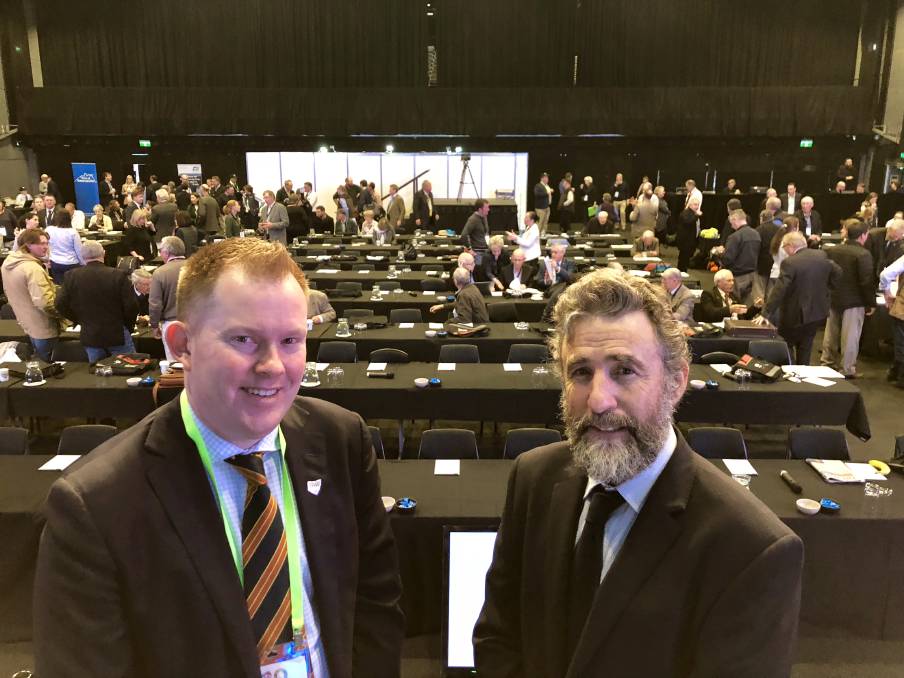 NSW Farmers chief executive Peter Arkle and president James Jackson. The organisation has welcomed the budget and what it means for agriculture.

Both our agriculture minister and NSW Farmers president James Jackson have welcomed the government's budget.

It was a comment rapidly backed up by NSW Farmers president James Jackson, who said agriculture must be the key sector to leverage investment and drive jobs in the regions.

"After the challenges of long-term drought, bushfires and the COVID-19 movement travel restrictions, the significant announcements to aid resilience and recovery for the agriculture sector and regional NSW in the budget is welcome," Mr Jackson said.

"The additional commitment to biosecurity is also good news.

"Weed and pest management, funding for aerial baiting, targeted feral animal control and prioritising noxious weed control will be a boost for farmers across the state," he said.

"Similarly, a $700m-plus commitment to sustainable, secure and healthy water resources will aid recovery and future resilience for both farmers and country towns."

"Of equal importance is $50 million to progress and extend research under the 'World Class Food and Fibre' program.

"Coupled with a further commitment under the Snowy Hydro Legacy Scheme for 'special activation precincts' and the regional digital connectivity fund, agriculture is well placed to deliver on the focus on regional jobs in this year's budget," said Mr Jackson.

He reckoned the increased threshold for payroll tax, a $1500 voucher for small businesses to offset the cost of government fees, and additional funding for skills development were important for agricultural businesses.

"Now is the opportune time use the agriculture sector to help economic recovery and to drive jobs growth in the regions," he said.

But, said Mr Jackson, NSW Farmers is concerned by the NSW government's appetite to overhaul the stamp duty tax scheme in favour of a land tax.

He said a program clearly aimed at rejuvenating the metropolitan real estate market could have unitended consequences for agriculture.

"There must be flexibility for a sector that is cyclical in nature and exposed to climate variability," Mr Jackson said.

Top up for sovereign wealth funds

ROYALTIES earned by the NSW government from mining 'non-renewable' resources are set to be channelled into the state's Generations Fund as part of what Treasurer Dominic Perrottet on Tuesday described as "a budget for the times".

The Generations Fund is a sovereign wealth fund invested to maximise returns that a government may use independently of economic arbiters such as the Reserve Bank.

MORE than $700 million has been set aside for critical water resources across NSW in the state budget, Water Minister Melinda Pavey said on Tuesday.

People struggling with meeting their water needs will be offered rebates, worth more than $188 million.

Also, $61 million has been offered for regional water stimulus packages.

Mrs Pavey said the government was coming good on its promises.

AS A $2.9 billion allocation for vocational education training was laid out in the budget, Skills and Tertiary Education Minister Geoff Lee offered a warning.

"The reality is the job you had before the pandemic may be quite different to the opportunities available now, and education and training must reflect that," he said.

He said fee-free training places would be offered via TAFE NSW.

"Getting people back to work is vital and today's announcements are about supporting that," he said.

"We remain committed to TAFE NSW."