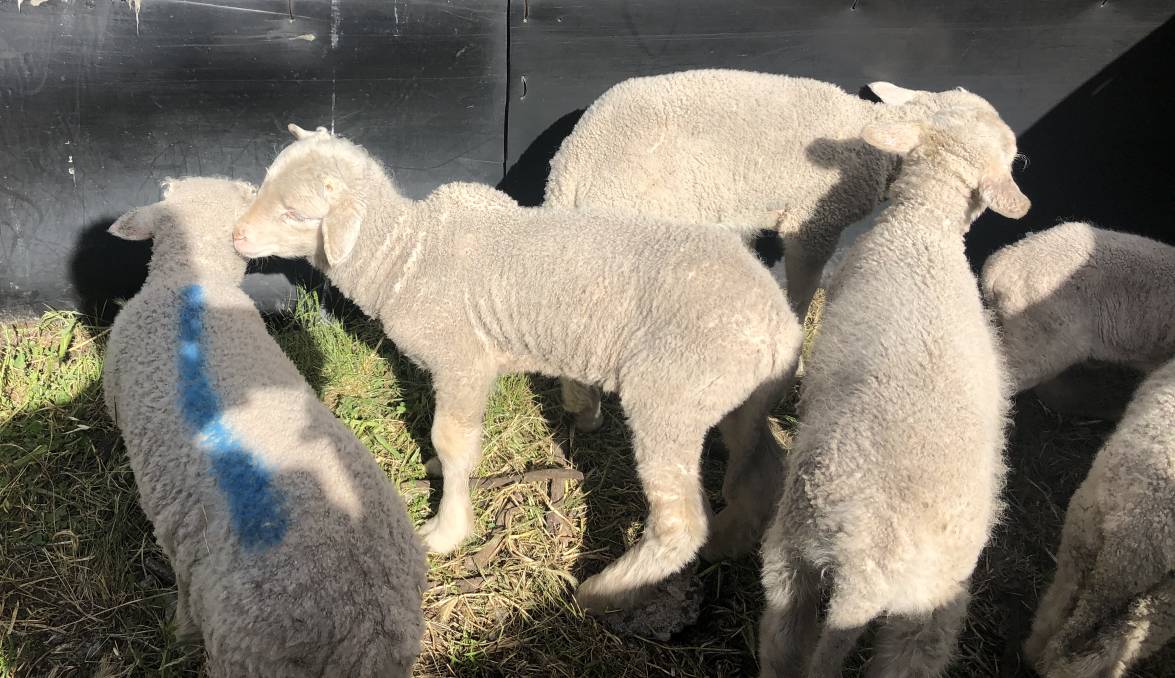 Lambs with white muscle disease sometimes stand with arched backs as they are experiencing muscle pain and so are reluctant to walk.

Producers to be watchful of selenium levels in their stock during spring.

Several days ago, kids mustering a mob of Merino ewes and lambs for marking couldn't get the lambs to move out of the paddock.

A dozen lambs stood separate from the mob, with hunched backs, reluctant to travel. Others collapsed on walking to the yards and had to be brought in on the ute. One died and more dead lambs were discovered in the paddock.

I necropsied the lamb that had died recently and found pale, soft, mushy patches in the muscles of the back and the hind limbs.

Blood samples and laboratory tests showed both the lambs and the ewes had very low selenium levels, which combined with the extreme muscle damage, confirmed the diagnosis of white muscle disease.

Days later, another Central Tablelands farmer discovered eight of his sappy, two-month-old Angus calves dead and others in distress. 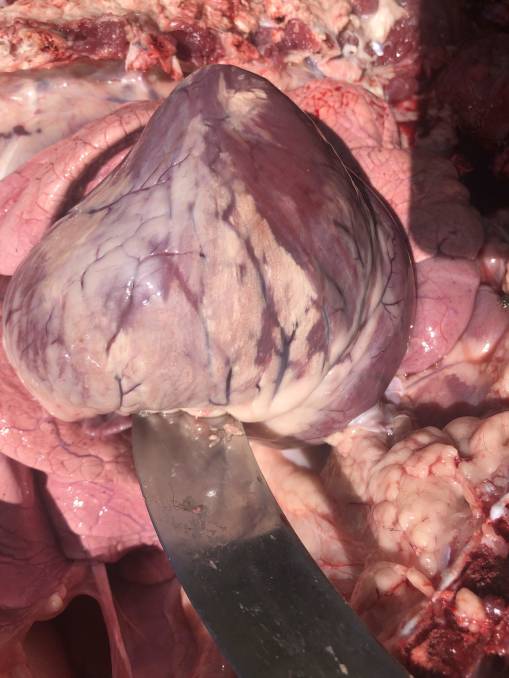 The heart of a calf that died from white muscle disease. The white fatty deposits are normal but the chalky white patches are damaged heart muscle. Photos: supplied

A necropsy of two of the dead calves revealed patches of the same soft, pale muscle in the front and hind legs. The calves had large blotches of chalky tissue in the heart and, while results have yet to come back, it also is likely to be white muscle disease.

Caused by a deficiency of selenium, we had to get more selenium into these calves and lambs as soon as possible.

In both cases a clostridial vaccine containing selenium was used because it was readily available and the calves and lambs were due to be marked. Calves were also treated with selenium pour-on and sick lambs with long acting selenium injection.

White muscle disease is the most obvious and dramatic form of selenium deficiency, but selenium has a role in many body functions including the thyroid gland, the immune system and the reproductive system.

Young, selenium deficient weaner calves and lambs may be ill-thrifty, while deficient ewes may lose their embryos. Surprisingly however, many Central Tablelands cattle and sheep, despite having low selenium levels, seem perfectly healthy with good growth rates and normal fertility.

Despite unreliable responses, selenium deficient cattle and sheep be supplemented. Long-acting selenium, either as an injection or an intra-ruminal bullet, raises blood levels for well over a year.

I recommend treating ewes and cows before calving and lambing as it provides selenium in the milk for calves and lambs until they can be treated at weaning.

Selenium levels are usually lowest in the spring especially on well fertilised clover pastures. The Slopes and Plains are usually fine, most of the eastern tablelands is deficient and my colleagues have mentioned stock in the Upper Murray to the New England are also at risk.