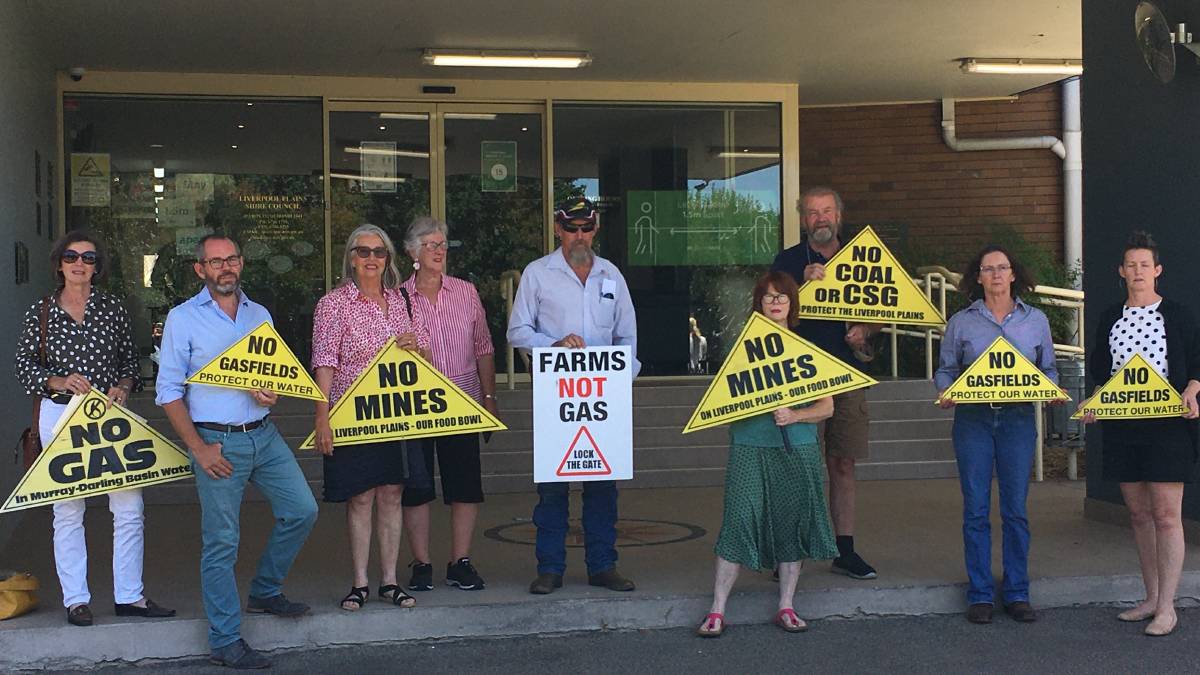 Liverpool Plains farmers gathered on Wednesday to lobby the council into making the area "a no-go zone for gas". Photo: Billy Jupp

Councillors discussed taking a position on CSG at Wednesday's meeting.

FARMERS against coal seam gas made their feelings known before the Liverpool Plains Shire Council's November meeting on Wednesday.

Members of the Lock the Gate Alliance gathered to try and persuade the council to take a stand against CSG projects and expired petroleum exploration licences.

The push comes after councils across the state such as Dubbo and Moree Plains decided on a position of not supporting zombie PELs or CSG projects.

"These licences were approved in the 1990s and the early 2000s, before any framework or protection legislation was brought in," Ms Wallis said.

"Assessments haven't even taken place as to whether this area is suitable for exploration and we're very hopeful the council can step up and stand with us.

"We want the council to join with us in declaring our area a no-go zone for gas."

Councillors heard from four local landholders during the meeting, each one with a different perspective on the push to rid CSG from the Liverpool Plains. 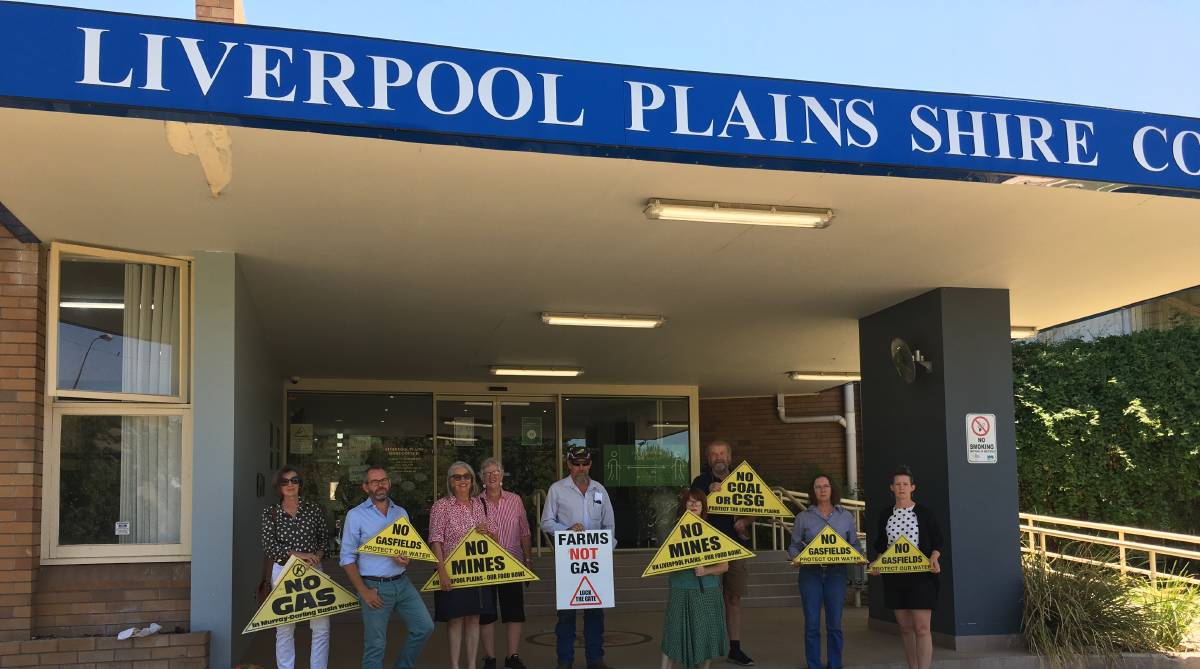 Liverpool Plains farmers gathered on Wednesday to lobby the council into making the area "a no-go zone for gas". Photo: Billy Jupp

Ms Wallis said the stance other councils and NSW Agriculture Minister Adam Marshall had recently made on CSG and PELs filled her with confidence.

"We really urge our council to take a strong stance on this issue and make public statements like those other parties have made," she said.

"I think it's certainly within the capacity of the council to take a strong lead on this subject.

"I think what the likes of Adam Marshall and Kevin Anderson have done and said is a great start, hopefully we can build on that."

The council will now consider its position on the subject and is expected to review its stance in the coming months.

As well as Liverpool Plains, farmers also took to lobbying Gunnedah Shire Council during its November meeting in a bid to get it to take a stand against CSG as well.