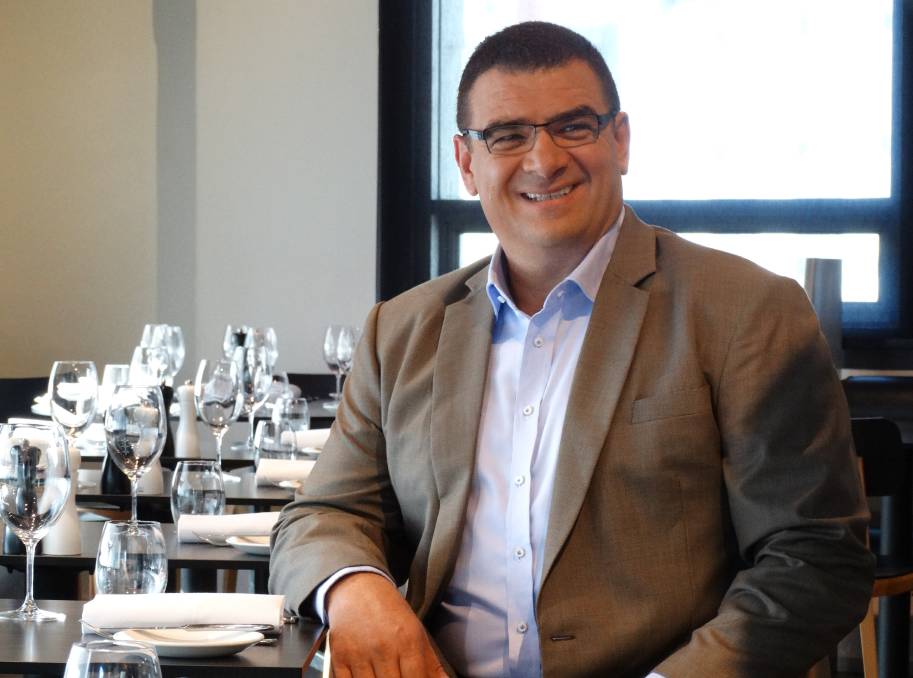 PUT aside vested interests, contribute to the common good and have a fierce belief in what can be achieved together.

This was the call to action from Jason Strong, the man at the helm of the beef industry's most influential organisation, Meat & Livestock Australia, at its annual general meeting this afternoon.

In an address that painted a picture of immense opportunity ahead for red meat producers and the supply chains that deliver beef, sheepmeat and goatmeat to plates around the world, Mr Strong made the case that realising that potential would hinge on unity.

He took a swipe at what he called 'negative and self-serving attempts to grab headlines or social media exposure' and criticisms of key industry programs that had proven themselves time and again to deliver value back to the farmgate.

He also clearly issued a message to alternative meat proponents who 'denigrate our product whilst seeking to use its name' that they won't be allowed to continue down that path unhindered.

Put to the test

2020 would be remembered as a year of great historical significance, according to Mr Strong.

"It has tested our resolve, our ways of communicating and our willingness to put other people's needs before our own," he said.

"It has really put our businesses to the test. Red meat supply chains have been under extreme pressure, and although the devastation resulting from COVID-19 will be felt in many industries for many decades to come, our industry remains in an incredibly strong position.

"Despite the challenges shared globally, we have seen countless examples of hard work, resilience and unity shine through.

"That certainly applies to our industry. While hard work and resilience is nothing new for red meat producers, we have so much to gain if we are more united in the face of adversity."

So, what are the challenges the industry faces?

"With those challenges before us, together with the negativity of some within our own ranks, you could easily be forgiven for thinking the sky is falling - but it's really not," he said.

"Australian red meat is highly regarded around the world. Our reputation for delivering on eating quality, traceability, sustainability, food safety, and of course taste, is second to none."

With a forecast global protein shortage driven by African swine fever and demand set to grow at unparalleled levels as consumers become increasingly affluent, Mr Strong believes the industry is looking at a three to five-year window of prosperity.

Given this, he sees the greatest challenge being to unite the industry so as to seize the opportunity the unprecedented global demand for protein provides.

"It is only by working together that we will reach our true potential," he said.

Years of work pay off

Many years of work on diversifying red meat markets came into its own this year, as pandemic woes and geopolitical tensions were ridden out with minimal disruptions to export volumes and values, Mr Strong said.

The ability of exporters to divert product quickly to different markets proved a built-in safety net for profitability, he said.

"Ensuring our customers are aware of the wide range of products we offer has been a strong focus that is also paying off," he said.

"A market like the United States, for example, which has historically been a beef trimmings market, has in the past five to 10 years grown as a grass-fed cuts market, a Wagyu market and a grain-fed market.

"As the food service sector globally took a significant hit, it left many exporters with high value cuts traditionally destined for this channel in need of a solution.

"MLA's in-country Korea team worked with exporters to create a new channel into Korea for high value tenderloins through promotions with retailers, e-commerce and meal-kit providers."

Korea has now become the largest export customer for Australian tenderloin during June to August, a 58 per cent increase from the same period last year.

ALSO SEE:Beef and sheepmeat has a finger in all pies

AS an industry, 'we tend to be our own harshest and often loudest critics," Mr Strong said.

"While self-reflection and tough conversations can be useful when we confront challenges, there is much we can, and should, be proud of," he said.

"Negative and self-serving attempts to grab headlines or social media exposure do not contribute to a united industry that is working towards intergenerational sustainability."

Instead, it reinforces any negative perceptions that may exist, he argued.

"Initiatives like Carbon Neutral 2030 are critical pieces of work for our industry," Mr Strong said.

"They offer the opportunity to show our consumers our very best in land management and innovation while continuing to supply a quality product they have come to love," he said.

"This also applies to initiatives like our sustainability frameworks, which provide the evidence we need to fight back against those who seek to demonise what we do.

"Rather than seeing these initiatives as scorecards of negativity, it should be viewed for what it is. That is, our industry being transparent and proud of our ongoing achievements in caring for our land, animals and product, with the evidence to back it up."

He believes with that evidence the industry is able to 'call out' those with an anti-red meat agenda to acknowledge that we have already lowered emissions by 57pc.

COVID-19 had clearly demonstrated that the global emissions reduction challenge is a collective one, with environmental impacts shared across many sectors, Mr Strong said.

Simply laying the blame on livestock production was a redundant and misleading argument.

It was also time to call out those with an anti-red meat agenda to acknowledge the nutritional credentials of red meat and its role in ensuring families across the globe can eat healthy and balanced diets, he said.

"Most experts predict that plant-based, cell-based and animal proteins will all have a place in the market as they do now," he said.

"The reality is plant-based proteins are not new. The trend to replicate the sensory experience of natural and farm grown meat has existed for several decades.

"However, when we look at issues of labeling or calling plant-based proteins 'meat', our industry's starting position should be that if something is labelled or called 'meat' then it must be a traditional animal protein.

"It is rightly a very emotive issue for many and this is unfortunately only fueled by those who denigrate our product whilst seeking to use its name."

His message was simple: "If you want to be like us and are truly committed to responding to the global protein demand while leaving the environment in better shape than we found it, then great, let's work together to make that happen.

"However, if you are just pushing a personal crusade by selectively using information to damage the reputation of red meat to make your product seem better, then we don't want anything to do with you and we certainly don't want consumers to mistake you for us or your product for ours."

Mr Strong also touched on the value of the livestock export sector, a part of the business he has been particularly passionate about advocating on behalf of since stepping into the role of leading MLA early last year.

If counted as a single market, live export would be the industry's fourth largest export market, he pointed out.

It is worth $1.8 billion a year and represents 10pc of the industry's export sales.

"The live export trade is incredibly valuable for our industry and has played a vital role in opening markets that have grown to become significant for Australian boxed beef, such as Korea," Mr Strong said.