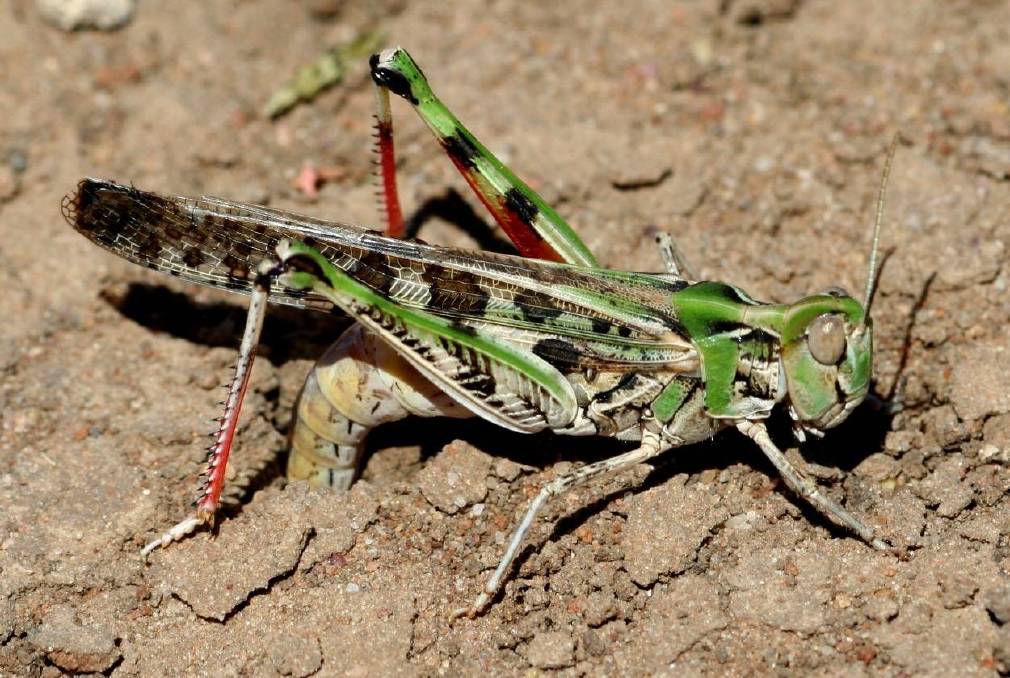 It was never going to not happen in 2020 - after plenty of plague and pestilence already, Victorians are now reporting sightings of locusts.

VICTORIAN farmers are being urged to be on the look-out for locusts after several confirmed sightings across the north-west of the state.

Agriculture Victoria said there had been sightings of the pest species from Mildura in the north as far south as Ararat and from Horsham in the west to near Mitiamo in the east.

The sightings are the first for the season and come just after Australian Plague Locust Commission (APLC) said in its November update that there had been no locusts spotted in Victoria.

Prior to the Victorian sightings, the major hot spot for locust activity was in central west and far western NSW, where the APLC reported moderate to high levels of immature nymphs in some areas.

Officials were quick to allay fears of a plague.

However, Dr Finlay did encourage anyone spotting locusts to report them to the relevant authorities.

She said Australian plague locust (Chortoicetes terminifera) could be identified and differentiated from grasshopper species by the large dark spot on the tip of the hindwing and the distinctive red shanks on the hind legs.

Dr Finlay said their body colour varies and can be grey, brown or green, with adult males 25-30 mm long and females 30-45 mm long.

Agriculture Victoria will now undertake targeted surveillance to assist landholders with making decisions about controlling locusts, and will work with stakeholders to provide relevant and timely information.

Dr Finlay said locust numbers had been boosted by the heavy spring rainfall in Victoria which has provided plentiful green feed which have been ideal conditions for the locusts to breed, leading to these higher than average sightings.

She said getting sightings mapped helped officials keep track of numbers and whether they posed a problem.

"It's important to understand where the populations are and what stage of development they are at so government, industry and community can work together to effectively treat and curtail the populations," Dr Finlay said.

While many farmers are flat out harvesting at present, Dr Finlay said if there was any spare time it was a good time to spray young hoppers, about eight to 12 mm long, as it will limit the population growing further.

"If you've got locusts on your property, be proactive in carrying out control as that will help reduce the populations for next year," she said.

"It becomes more difficult to manage populations as they become adults."

She said various insecticide products are registered for the use controlling locusts.

Landholder should seek expert advice from a chemical reseller or agronomist as to which insecticide best suits their situation.

"Safe and responsible use of chemicals is crucial - identify the most appropriate chemical for your situation, read the label on the product you are going to use and comply with the directions on the label," Dr Finlay said.

The story Locusts begin to be spotted in Victoria first appeared on Farm Online.