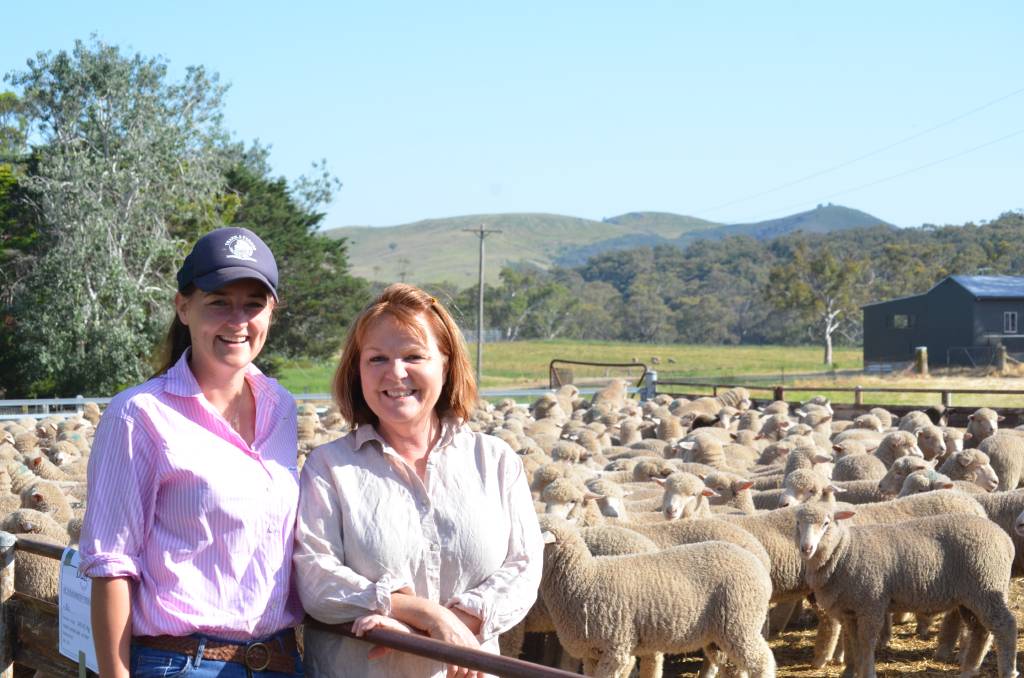 Sophie Irving and Lea Buckmaster at Roseville, The Mullion.

Interstate buyers competed with new restockers from NSW while the regular buyers also turned up at the 8th Yass and district annual crossbred lamb circuit sale on Friday.

Conducted by Butt Livestock and Property, Yass 11,000 lambs in excellent condition were on offer for selection by discerning buyers. It was not surprising the lambs were in very sappy condition, the season in the Yass district is phenomenal with pasture still green and as high as the fence on many properties.

Vendor sales in sequence started with Charlie Buckmaster, Roseville, The Mullion who sold 362 July-drop Rowallan-blood Poll Dorset lambs weighing 41.7kg for $166 while his second line of 130 weighing 33.7kg sold for $152.

Phill Butt attended to the auctioneering and assisted by Sally Butt and Isaac Mannion.