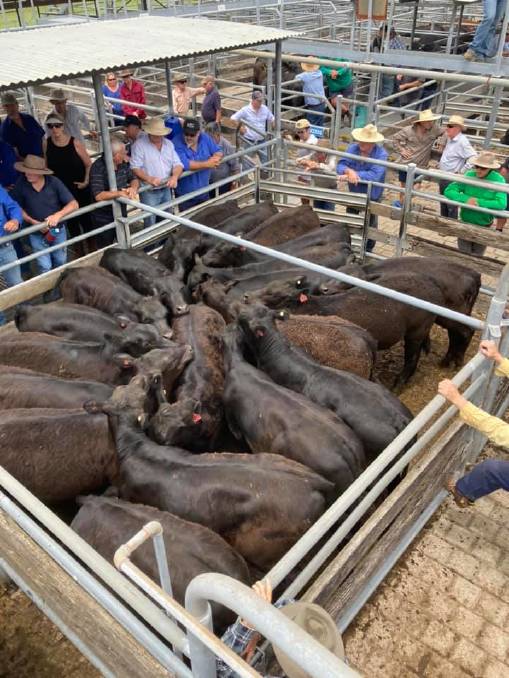 R and G Harris, Mulbrae, Chads Creek sold 43 Angus weaner steers to a top of $1630 and average of $1596. Photo: Bowe and Lidbury Stock and Station Agents

There was a mixed quality line up of 900 cattle at the Maitland store sale on Saturday, with the market firm in most sections.

The feature of the sale was the annual draft of Angus weaners, eight to nine months, from R and G Harris, Mulbrae, Chads Creek.

Their two top pens of heifers made up to $1500, averaging $1450. They were sold to Tarin Grove Farms, Lower Hunter.

Account Junction Pastoral of Scone sold a line of PTIC Hereford and Charolais heifers for a $2100 top and an average of $2031.

There was strong local support and buyers also came from Bathurst, Mudgee, Tamworth and the Upper Hunter.