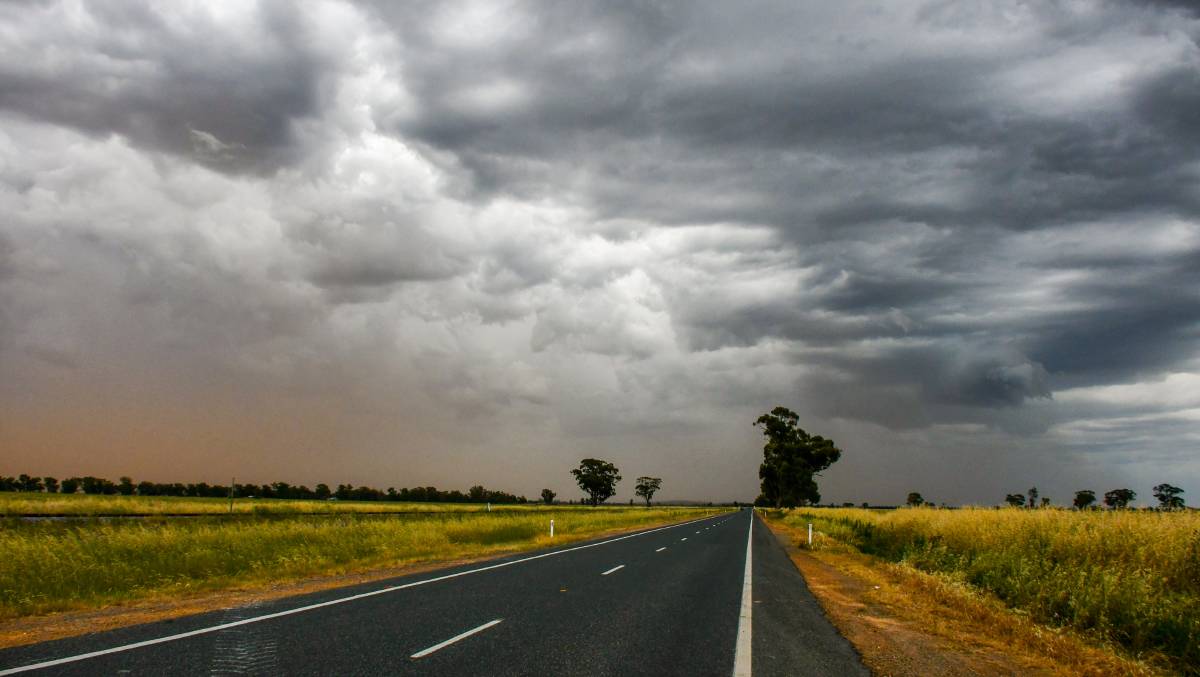 Storms have provided much of the isolated rain in NSW during November.

It's hard to believe but rainfall in NSW during November is so pathetic it's even well below even the worst parts of the drought - all in a wet La Nina event.

While storms have delivered some beaut falls to particular areas, there has been little general rainfall until today (Monday) and that has been confined to southern areas of the state.

This is despite all climate models pointing to a wetter than average spring and summer, with the rain inducing La Nina supposed to be delivering extra precipitation.

In many ways, it's been a blessing, allowing farmers who have gone into hock to get wheat and other grain crops in after losses and cashflow crises during the long drought, now with the dry and hot finish in November, seeing some of the best crops in decades harvested, breaking all NSW grain delivery records in recent days.

But the underlying lack of rain seems to be against all climate models. La Nina may still be due to let loose, but it appears she has missed the first bus to Australia from the cooling seas of the eastern Pacific.

A quick look at weather totals in some parts of NSW provided by Weatherzone shows how deficient the rain has been.

At Narrabri in the north of the state, just 6.6mm has been recorded so far this November, compared to a November average of 75mm, and 54mm last year during the 2019 drought year.

At Wellington, there has been just 14.4mm recorded, compared to the 55mm November average, and well below the rain of last November.

At Bourke, there has been 5.8mm this November, compared to a 40mm November average and 95mm that fell last year.

Weatherzone forecaster Graeme Brittain said even though La Nina hadn't delivered extra rain so far, there was still plenty of time for above average rain over the summer.

"Generally many parts of NSW have not exceeded the November average rain this season," Mr Brittain said. "This has besn against wetter than average La Nina indicators. La Nina has not really materialised but it is still in place."

The monsoon in northern Australia had also been slow to form. Dry conditions are also playing out in Queensland with the lack of pasture growth forcing some cattlefarmers to sell.

The Bureau of Meteorology will release its summer outlook on Thursday. The forecast for the rest of November is dry for most parts of the state.

The State of the Climate 2020 report found the warming trend is continuing; Australia's climate has warmed on average by 1.44 ( 0.24) degrees since 1910, leading to an increase in the frequency of extreme heat events; there has been an increase in extreme fire weather, and in the length of the fire season, across large parts of the country since the 1950s, especially in southern Australia; rainfall between April and October has declined across parts of southern Australia; rainfall has increased across parts of northern Australia since the 1970s; more intense tropical cyclones and global carbon dioxide (CO2) concentrations in the atmosphere reached 410 parts per million (ppm) in 2019 and the CO2-equivalent of all greenhouse gas reached 508 ppm with the rate of CO2 accumulation in the atmosphere has increased with every passing decade since atmospheric measurements began.

It also found " Emissions from fossil fuels are the main contributor to the observed growth in atmospheric CO2. Around 85 per cent of global CO2 emissions in the decade from 2009 to 2018 were from fossil fuel sources."

Many southern NSW areas had good falls on Monday with 20mm common on the South-West Slopes and Southern Highlands.