Stored soil moisture is a valuable asset to the next crop - Bob Freebairn explains. 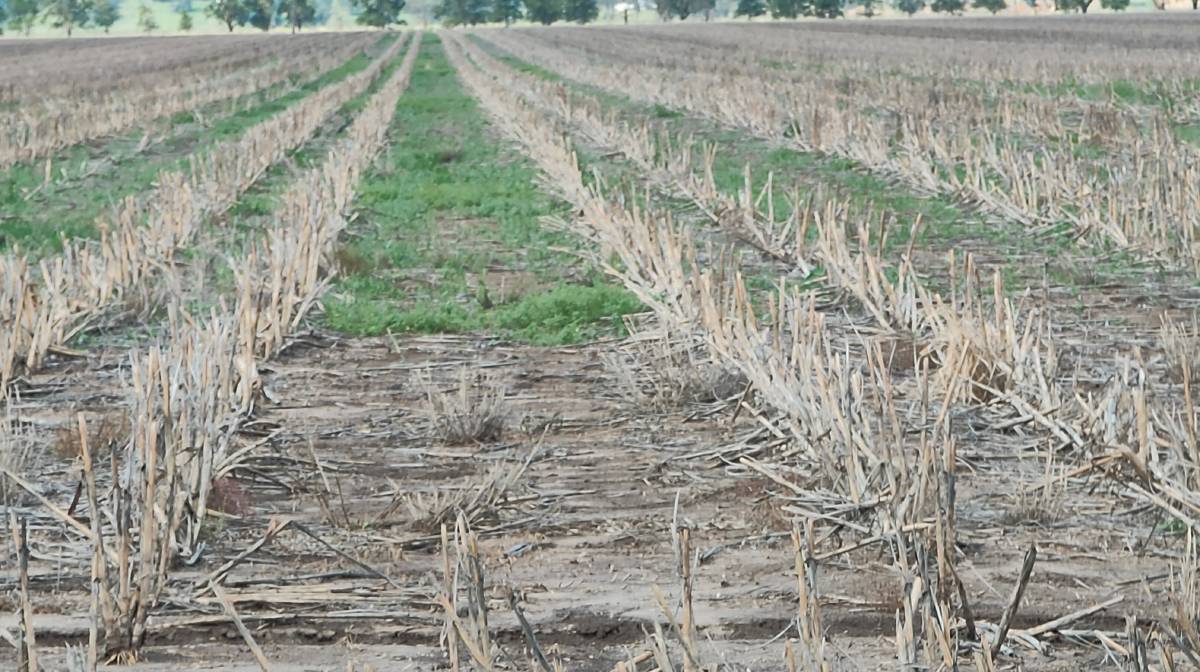 Fallow weeds, like this example, rapidly use soil water and can tie up valuable soil nitrogen.

While generally understood that storing soil water in the period between grain harvest and sowing the next crop is commonly vital, clash of farm jobs during and after harvest often means the first fallow weed control is delayed.

It's especially common if harvest delays occur from issues like wet weather, waiting for contractors or breakdowns. 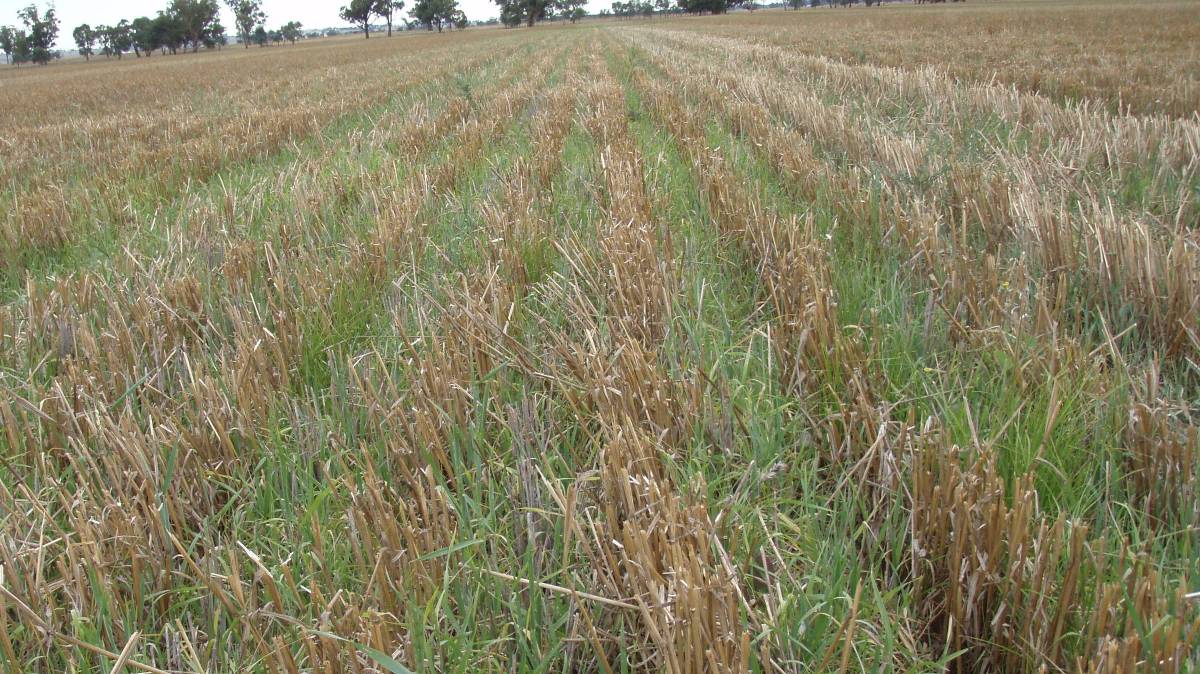 Another example of fallow weeds and self-sown crop getting away and using soil water that commonly is important for the next crop's good yield.

Commonly, after harvest there is self-sown crop from shelled/spilt grain and/or weeds germinated under the pre-harvested crop.

Also if rain has fallen after ripening commences, plus soil water remaining at end of grain fill, moisture under a ripe crop can be significant and worth preserving for the next one. 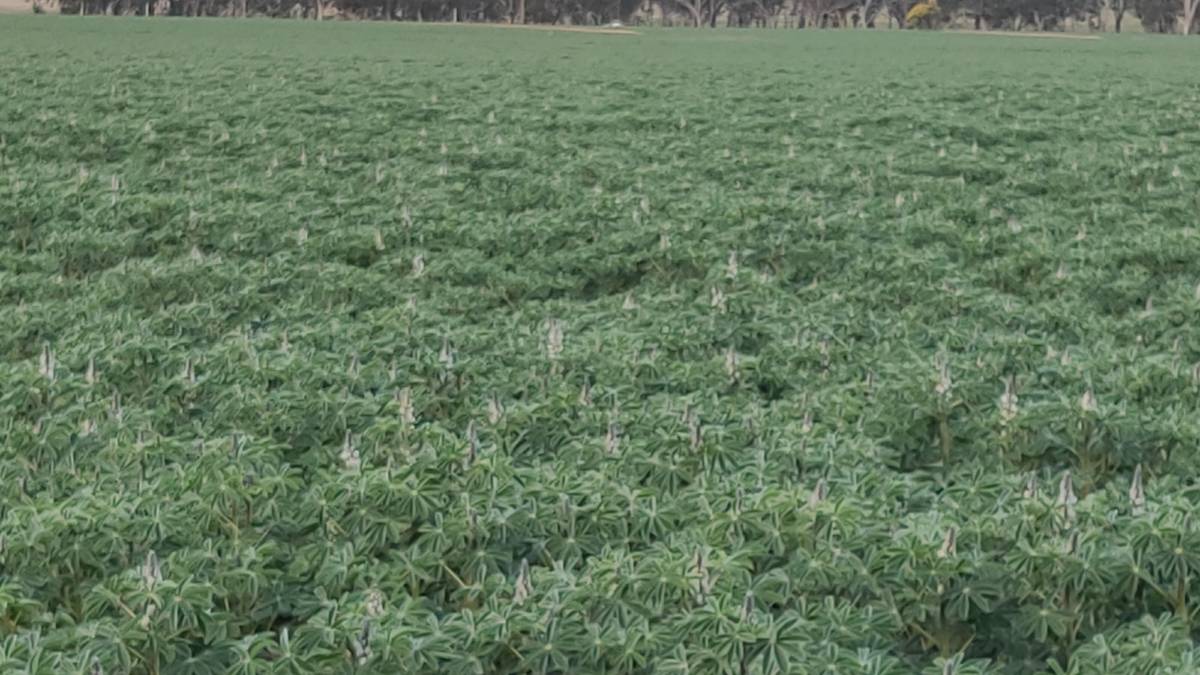 An excellent 2020 lupin crop. Efficient storage of fallow rainfall is especially important if the crop has experienced a dry late winter, early spring.

Research over many years, plus modelling based on past rainfall records, by CSIRO and NSW DPI, has shown that efficiently storing soil moisture from rain falling between crop ripening and over the fallow period for most Australian cropping areas is generally significant.

While in wetter in-crop years yield advantage from efficient fallow water storage may be small, and even occasionally negative because of contribution to water logging, in other years good stored soil moisture can be the difference between sowing on time and not sowing at all.

On average researchers believe extra annual wheat yield from good fallowing is 1.0 t/ha or more. Crops like canola on average could expect to yield 0.5 t/ha more.

Soil type affects how much soil water can be conserved in a given fallow year. A sandy loam soil over a shallow sodic clay may only conserve around 90mm regardless of how wet the fallow period.

A deep clay soil may be capable of conserving up to 300mm of available soil water. But small rain events, especially after a significant dry period, can lead to more soil water storage in a light soil than in a heavy soil.

While lighter shallower soils can't store as much soil water, what is stored can commonly still make an enormous difference to grain yield, especially in a rapidly drying spring, as so often happens.

Research has shown that available soil water at critical crop periods, like grain fill, can at least partially save a failing crop with each mm of stored water resulting in an extra 30kg/ha of grain. An extra 50mm can be worth an extra 1.5t/ha wheat, or over 500ha an extra $225,000.

The earlier fallow weeds are controlled the less soil moisture they use.

Delayed weed control can result in around 50mm or so of lost soil moisture.

Timely fallow weed control is also important for maximising available soil nitrogen for the next crop.

Stubble retention from previous crops or vegetation retention when changing from pasture to cropping, is vital for effective capture of all rain events, especially storms.

Coming out of the drought, storms or other relatively heavy to moderate rains, washed off paddocks with little or no stubble cover. Wind and water erosion were often high.

Stubble retention also helps in reducing and in some instances for slowly improving soil carbon levels. Soil carbon retention and build up is especially feasible when combining rotations that involve zero till stubble retention cropping with perennial pasture phases.

Timing of fallow weed control is critical for a good weed kill. When plants are stressed, which happens very quickly in the warmer part of the year, herbicides work less effectively, even with higher rates.

Timely weed control is one of the important aspects of effective "integrated" weed control.

Timely spraying often means an extra spray or two over the fallow period.

Weeds are best controlled when they are young and sappy, fresh and still relatively soft.

In summer a day or two, not a week or two, can be the difference between good and poor weed control.