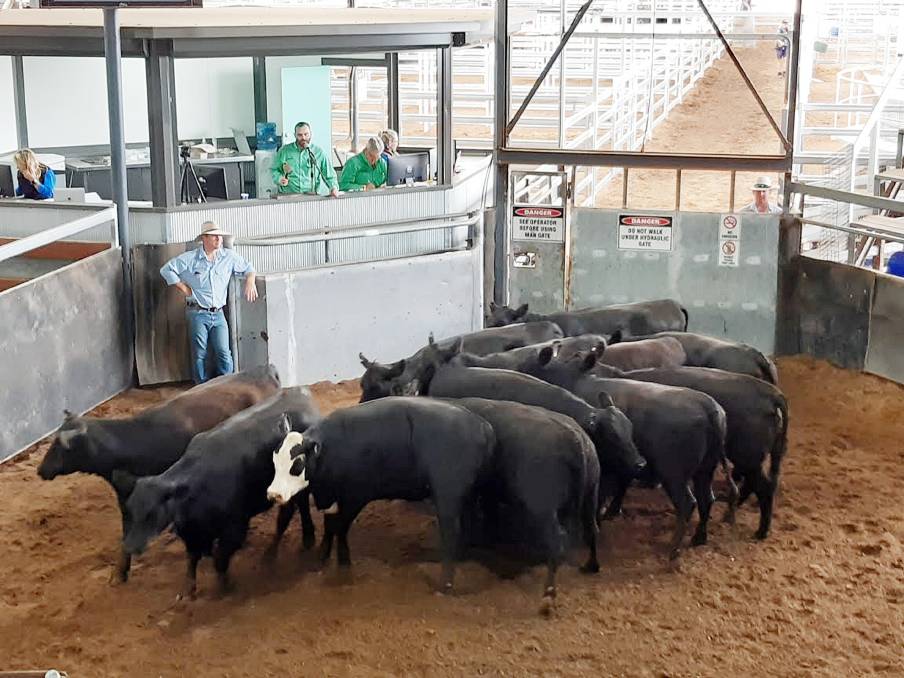 It's that time of year again, with slaughter bookings filling up ahead of the Christmas break and meat processors less keen to bid - in some cases failing to show at sales. Cows were the indicator, dropping back 25 to 30 cents a kilogram at Tamworth on Monday while on Tuesday Inverell and Grafton cow prices fell 30c/kg.

Dry conditions in Queensland have forced cattle out of the paddock and direct to JBS Dinmore, which has slowed up their need to bid in northern NSW saleyards.

Further south demand has yet to ease, with all classes fully firm Cattle look so good that backgrounders complain that they won't be able to put any more condition on them!

"The weight that is coming through in the south is phenomenal," said Forbes livestock agent Tim Mackay who said feeder steers at Monday's sale averaged 480kg for 400c/kg and better.

"Anyone who kept cattle and ignored their agents' advice to sell early are kicking goals because they have more to sell," he said.

Demand for feeder steers from all yards remains fully firm in spite of the high prices. At least new season grain, very high in protein offers good value at the moment

Casino agent Darren Perkins, George and Fuhrmann, said water availability was becoming an issue in the upper Richmond and Clarence Valleys with some backgrounders getting out of cattle for the moment.

At the Scone Regional Livestock Exchange, Brett Peel said Tuesday's sale followed the trend - down for export cattle and strong as ever for feeders. However, a decline in quality contributed to price eases.

Grafton agent Mitch Donovan said the Clarence Valley was now drying off, following the example led by the valleys to its north and that factor combined with the lack of Teys and JBS buyers from Tuesday's prime market, where 277 head were yarded, pushed cow prices back by 30c/kg.

Inverell recorded a similar situation with processors like JBS indicating their books were filling up ahead of the Christmas shutdown.

The return to dry conditions north of Inverell could flush a few more cattle out of paddocks ahead of the break, however from Inverell south there remained plenty of tall standing grass in paddocks.

"Largely we don't have the numbers of cattle to see any flush in the market."

"'The feeder market is bouyant, but people are worrying a bit. They're wondering what's going on."