Ideal spring conditions pave the way for a 'magnificent' peony season on the Northern Tablelands. 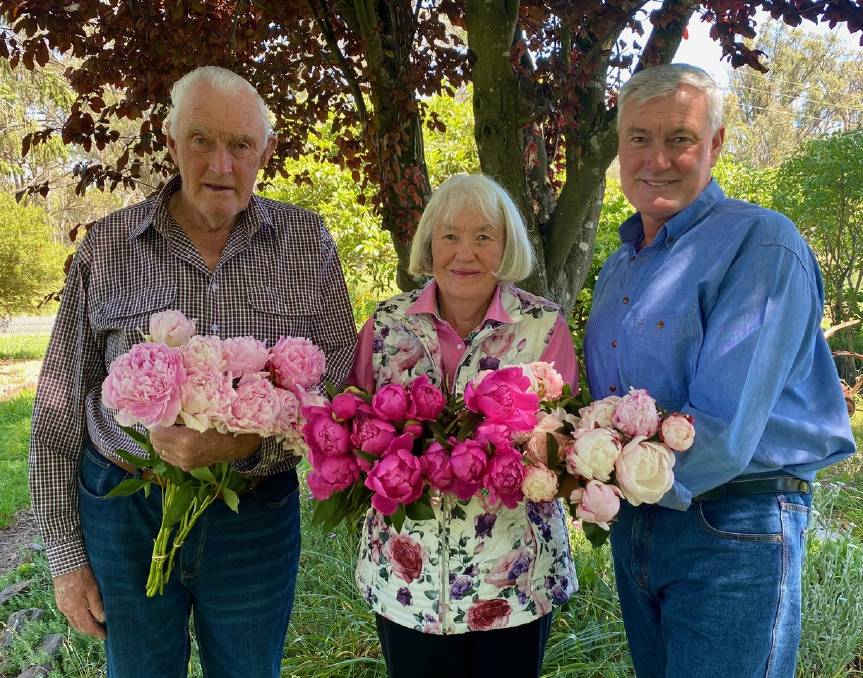 THEY are one of the most highly sought-after features of Australia's spring wedding season and are often the centrepiece of a couple's special day.

Despite COVID-19 forcing many people to postpone their nuptials, 2020 still proved to be a stellar year for peonies.

The colourful, full-bodied flower was still in high demand and the chilly winter conditions on the state's Northern Tablelands proved to be the perfect breeding ground.

New England Peonies owner Barry Philp said this season was one of the best in his family's 20 years of growing peonies on their Arding property, near Armidale.

"We have been very busy this season for a variety of reasons," Mr Philp said.

"I think the season was really good for us but I also think there was less imported flowers, particularly peonies, coming into the country, which gave local growers like myself more of a chance this year.

"It's been one of our better years that's for sure.

"Not to complain, but we did have some rain at the wrong time for us at the start of October, but otherwise it has been marvelous and a really bumper season for us."

Growing herbaceous varieties of peonies, Mr Philp, like all peony growers, was presented with just a six-week window to pick his flowers.

"Usually for us, planting is around Anzac Day in April, if the season is with us, and then the flowers themselves will start to appear around September," he said.

"From there, they will usually start to flower for us around mid-October through to mid-November.

"From planting to picking it is a pretty short window, but the cooler temperatures we get here on the Northern Tablelands certainly help immensely and I think help us to create a very unique product when all is said and done."

The Philps are not the only ones to take advantage of the conditions on the Northern Tablelands.

The Guyra Flower Farm has also enjoyed success in the sector by capitialising on fresh peonies as well as dried petals for health and beauty products.

As a result of the favorable conditions, the number of florists across the New England and North West regions carrying the local produce has continued to grow.

"Interest has been very strong with florists this year and luckily we have been able to produce a good-quality flower for them," Mr Philp said.

"We have been fielding a lot of calls across the state for the product, which has been really pleasing.

"Weddings would normally be one of our biggest markets, but during the pandemic the demand hasn't been as high.

"Strangely enough, I think this year's high demand has been due to people wanting to send flowers to people as a way of cheering them up and things like that." 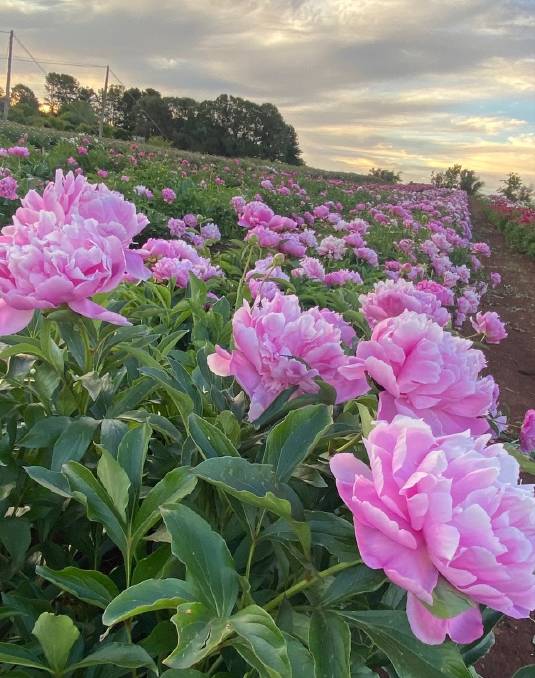 New England Peonies has distributed their flowers to florists across the state and beyond.

As a result of people postponing their weddings until next year due to the COVID-19 pandemic, Mr Philp said he was expecting demand to be high again in 2021.

"This year there wasn't a big call for wedding flowers and I think that was the case right across the board," he said.

"However, I think once this coronavirus stuff has passed, there will be a very busy period during spring of next year with weddings.

"I suspect that may not ease up for me next year because I have picked up quite a lot of new florists this year and I suspect those florists will be looking at doing weddings."

Mr Philp said he believed the success of his peonies was proof of the Northern Tablelands' potential to grow diverse crops.

"We started out growing fruit before making the switch across and while I have thought about it [diversifying], peonies are very intense," he said.

"When they start to flush there isn't much chance of a break between picking, processing and getting them off to market.

"It's pretty amazing to think that our area can easily allow producers to grow a variety of winter crops, as well as run stock of all descriptions and horticulture like flowers." 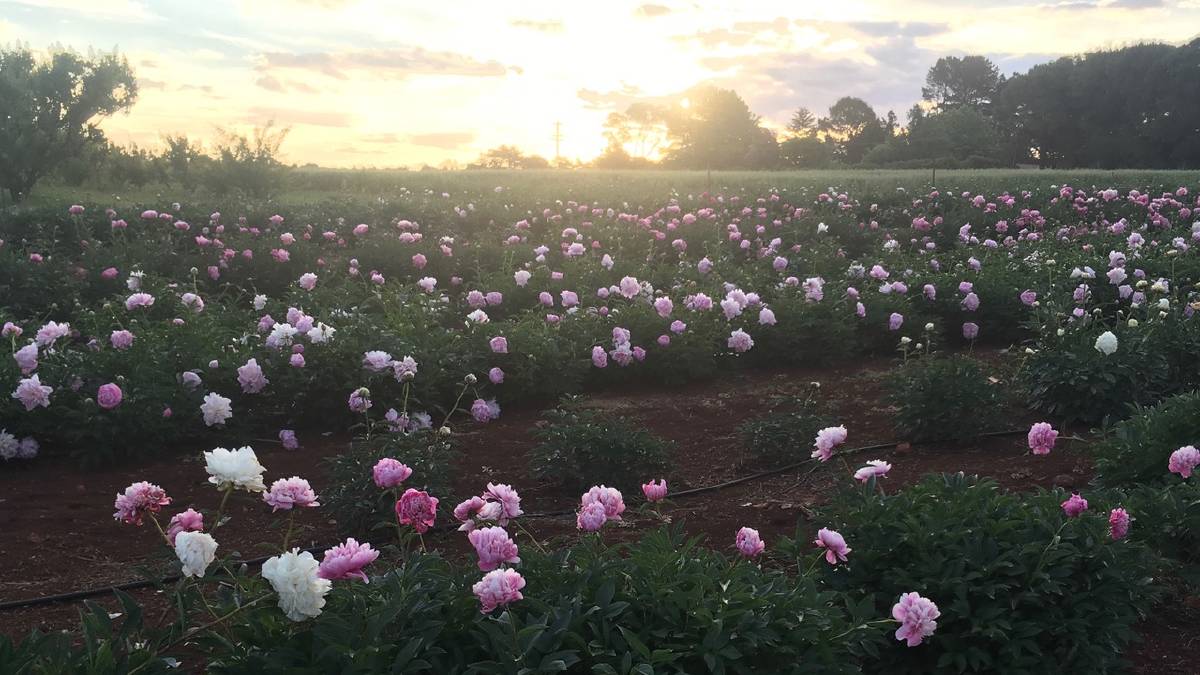 New England Peonies has distributed their flowers to florists across the state and beyond.

"The region has bounced back incredibly well from drought and back to a ripper season," Mr Marshall said.

"I think that diversity is crucial to inviting more investment into the region because it is really good country and in normal seasonal conditions you won't find a better place for such a wide variety of agricultural production.

"The only thing we haven't really got is wide-scale cropping.

"But other than that, we have got a really wide variety of grazing and horticulture."