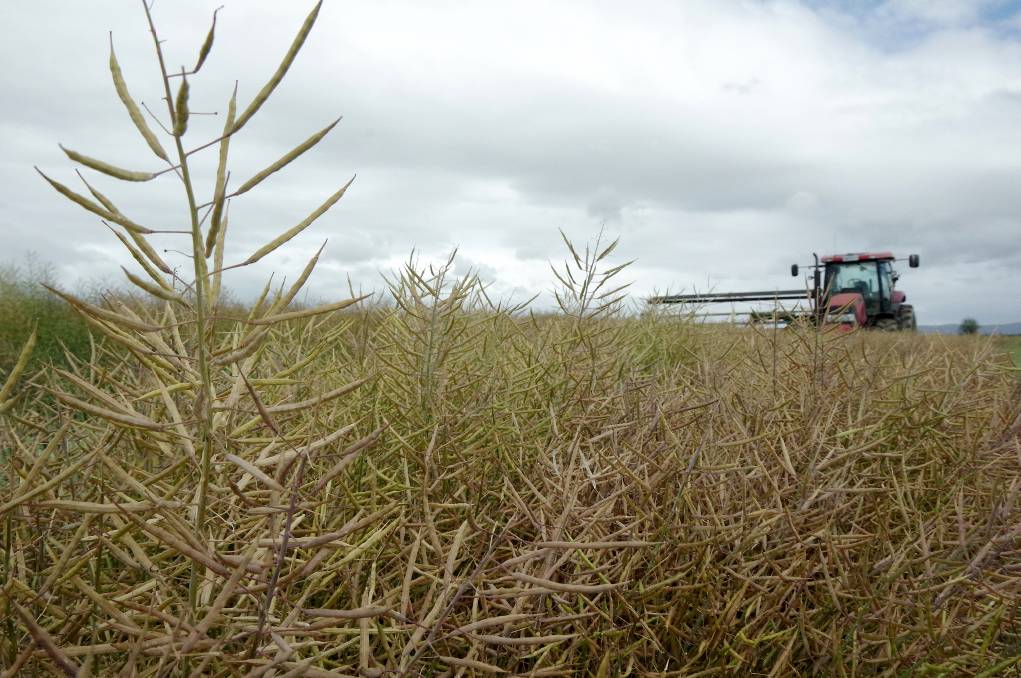 Canola price fundamentals are positive for planting the oilseed again next year.

Canola prices are hovering around $600 per tonne (port), making this a positive harvest.

Canola harvest is wrapping-up quickly throughout New South Wales, as headers continue to roll south and east at a rate of knots.

Growers have enjoyed some great results this year, with high yields and prices remaining firm during the harvest period.

The market has continued to trade at around $600 per tonne (port), which is historically a very strong level.

So, growers have been aggressive sellers to cash-in while it lasts, particularly after the past few poor seasons.

It is pleasing to see growers benefit from this situation, given the hardship of the past few years.

Despite heavy selling, prices have held up well - with strong demand from domestic crushers and exporters looking to cover sales on the books.

Globally, the oilseed complex has been well supported by strong demand - given current low global stocks.

With the pick-up in demand, the global oilseeds market is inverted.

This means prices are higher in the spot or nearby than they are in the deferred, further into 2021, as consumers want the product now.

This should incentivise the market to sell upfront and to move product as soon as possible, rather than holding it and incurring additional storage costs.

In Australia, the market is trying to do this.

But on the east coast, the limiting factor may be freight and port capacity - and competition between all commodities for the capacity to move the product out of the country.

This is one of the challenges of a big production year.

Given the smaller size of the canola crop relative to grains, a couple of extra export vessels - or a couple less - of canola than the market is anticipating will have a big impact on supply and market sentiment domestically.

The next input for the direction of the global oilseed markets will be the development of the South American soybean crop, which has experienced conditions on the drier side - and the COVID-19 impacts on demand, for biodiesel in particular.

So, reduced supply and/or bigger demand would continue to see prices move higher - and vice versa if there was higher production and lower demand.

Next inputs for canola specifically will be the final production figure for Australia, and the ability to get the seed out to export markets.

Slowly the focus will then move to new season production, with the European crop now planted.

Crop conditions there appear to be average for the most part, with some drier areas through the Black Sea.

But there is unlikely to be much to report on until the crop starts to come out of dormancy in 2021.

But Australia will always be a question mark for 2021, as we are one of the most drought-prone regions for the production of cereals and oilseeds in the world.

Fundamentals look good for growers to plant canola again next year, with prices strong and producers seeking rotations after a big cereal crop.

But, as we all know, rainfall will be the key driver.