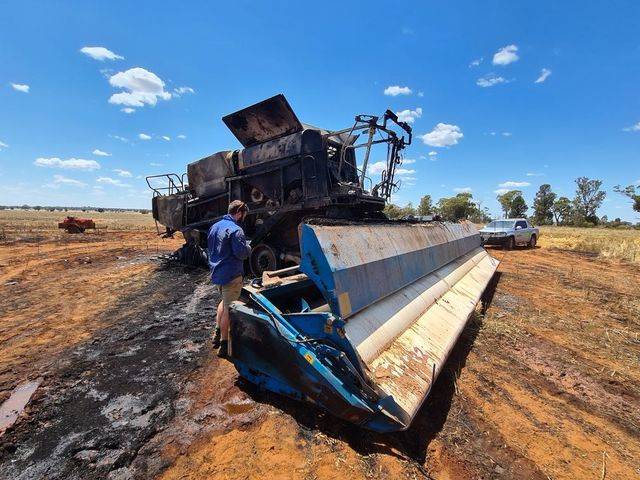 Harvesters are being urged to monitor conditions before harvesting this weekend, to prevent scenes like in this photo captured by Peter Hutchison.

High winds and scorching temperatures have firefighters on high alert.

HARVESTERS across the state are being urged to use caution this weekend as heatwave conditions begin to hit the state.

Scorching temperatures and high winds have NSW Rural Fire Service crews on high alert and a harvest safety alert has already been issued for the Hay, Carrathool, Griffith, Leeton, Narrandera and Murrumbidgee Local Government Areas due to deteriorating weather conditions.

Parts of the North West, Far West and New England regions are also predicted to be some of the worst hit.

The Bureau of Meteorology is predicting Moree to swelter through four days of 40 degree heat between Sunday and Wednesday, with the temperature set to peak at 45 degrees on Monday and Tuesday.

Walgett in the state's west is expected to record similar temperatures, while Tamworth will also nudge past 40 degrees for three-straight days.

"I suspect fire danger ratings for all of those areas will range between very high to severe for most of the weekend and probably into next week," Superintendent Purkiss said.

"The Northern Slopes, North Western and New England fire areas will all probably go up from a high-fire-danger rating to a very-high rating on Saturday.

"However for Sunday, right through the Hunter and Dubbo regions, it looks like the fire danger rating will be severe, so I think we can expect to see a total fire ban declared for those areas on Sunday.

"For us [Tamworth], the heat we are seeing is not too abnormal for this time of year, I think the predicted high winds will give cause for concern."

The conditions have prompted some regions to be issued with a warning for crop harvesters, which comes after the RFS was run off its feet in recent weeks due to header fires.

Crews attended dozens of fires started by headers and other farm machinery across the state including near Gunnedah, Wagga Wagga and Deniliquin. 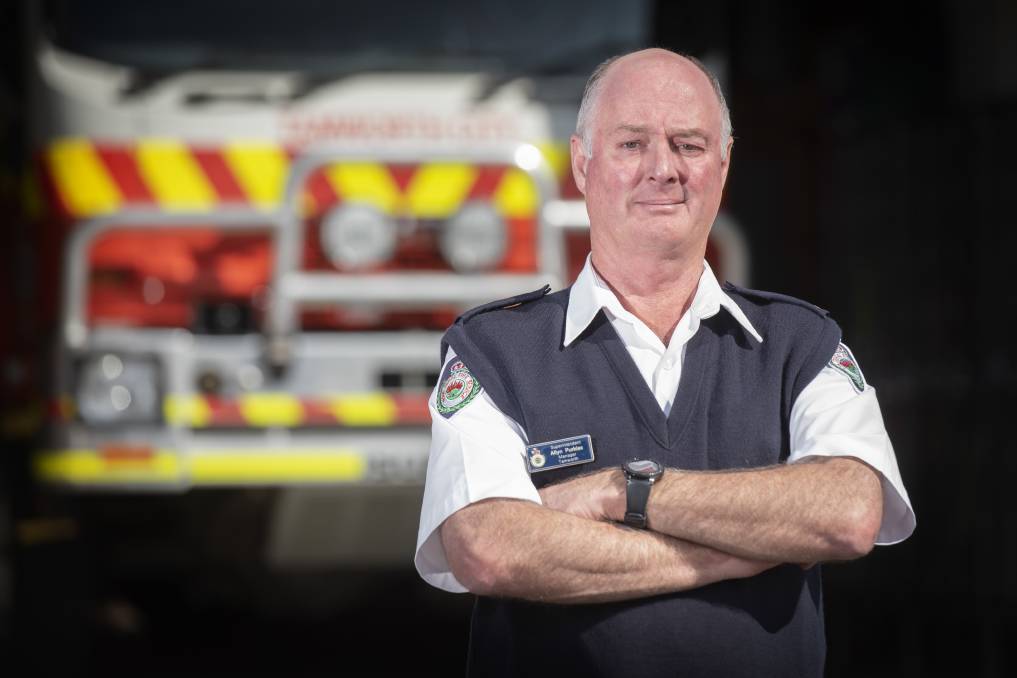 "Farmers are usually pretty good at understanding the conditions and knowing when it is safe to harvest," Superintendent Purkiss said.

"Still, we are urging those that are in the midst of harvest to perhaps reconsider working during the heat of the day around lunchtime and putting it off until later."

"Compared to last year, when most of us started the bushfire season in August, we are much better off," he said.

"Most areas have had a good amount of rainfall, which may increase the danger of grassfires, but still gives us good sub-soil moisture.

"We didn't have that sub-soil moisture last year because of the drought, which made life so much tougher for our crews.

"However, while last year is still fresh in our mind, we are in a lot better position this year and ready to tackle whatever comes."