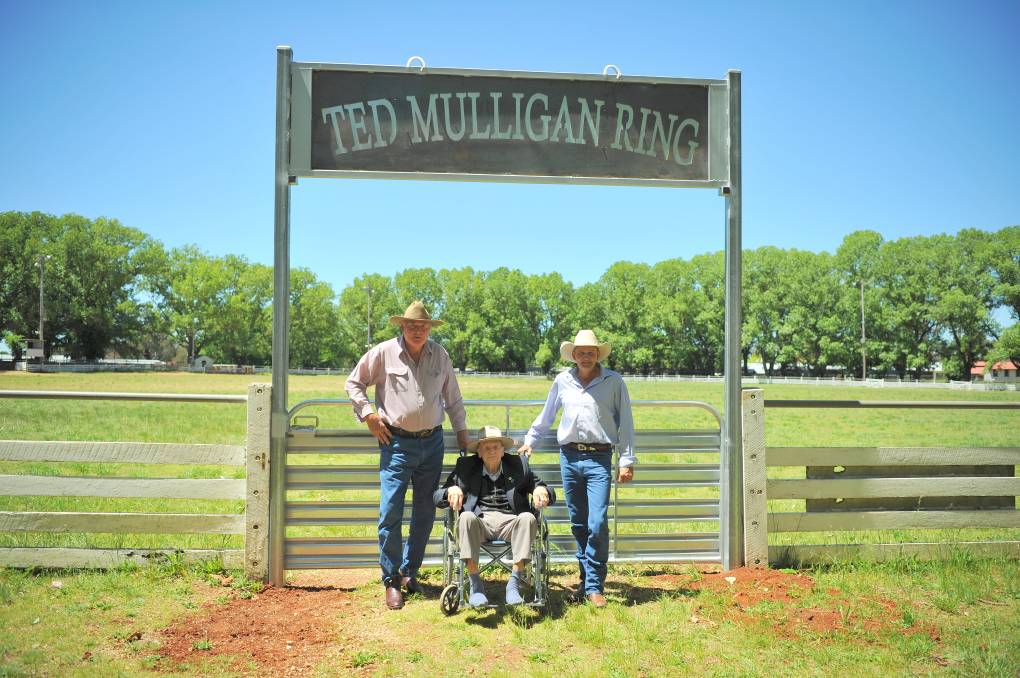 What do you give a 104 year old on their birthday? A very special honour.

At 104 years of age his name was put up in lights like a famous celebrity on the Hollywood Walk of Fame after the Guyra Campdrafting Club renamed the showground ring in his honour.

The birthday gift acknowledged the 'local legend's' contribution to horse events in the area spanning almost the entirety of his life.

Mr Mulligan's first memories of riding at the showground stretch back to 1924 when he was eight and opted to enter the ring events while his father was a steward in the pavilion.

Guyra Campdraft Club president Kevin Davidson and his wife Donna were among a small group permitted at the unveiling due to COVID-19 restrictions.

Ms Davidson said the club opted to replace the old showground entry gate and recognise the 104-year-old's long association with the grounds.

"We just thought it was very fitting," she said.

"He is an icon, he will always be an icon. People get presented this sort of thing when they have passed but we wanted to do it now."

"He was still riding horses when he was 98 up around the showground," Mr Davidson added.

Having learnt to ride as a toddler, Mr Mulligan rode to school, around the family property, Glenore, and into Armidale and Guyra.

"Everybody rode in those days as it was really the only mode of transport available to people," he said. At around 20 he and his brother Maurice joined the 12 Light Horse Regiment prior to both enlisting in the army.

It was at the showground that members undertook weapons handling, ceremonial drill, mounted and dismounted tactics and regimental maneuvers.

By 1958 Mr Mulligan and other locals founded the Guyra Pony Club with the troop drills based on similar principles to that of the Light Horse Brigade.

He became an active committee member of both the Guyra Pony Club and the Guyra Show Society and dedicated his time to helping others grow their love of horses whether it was providing instructions or organising horses for those who didn't own one.

He and his six children and some grandchildren were also keen competitors in the showring.

By the mid 1990s he and his wife, Iris, left the family property, Ellerslie, and moved to town but it didn't stop him from riding.

Mr Mulligan along with his friend, Doug Faint, spent their days horseback and attending to their horses at the showground.