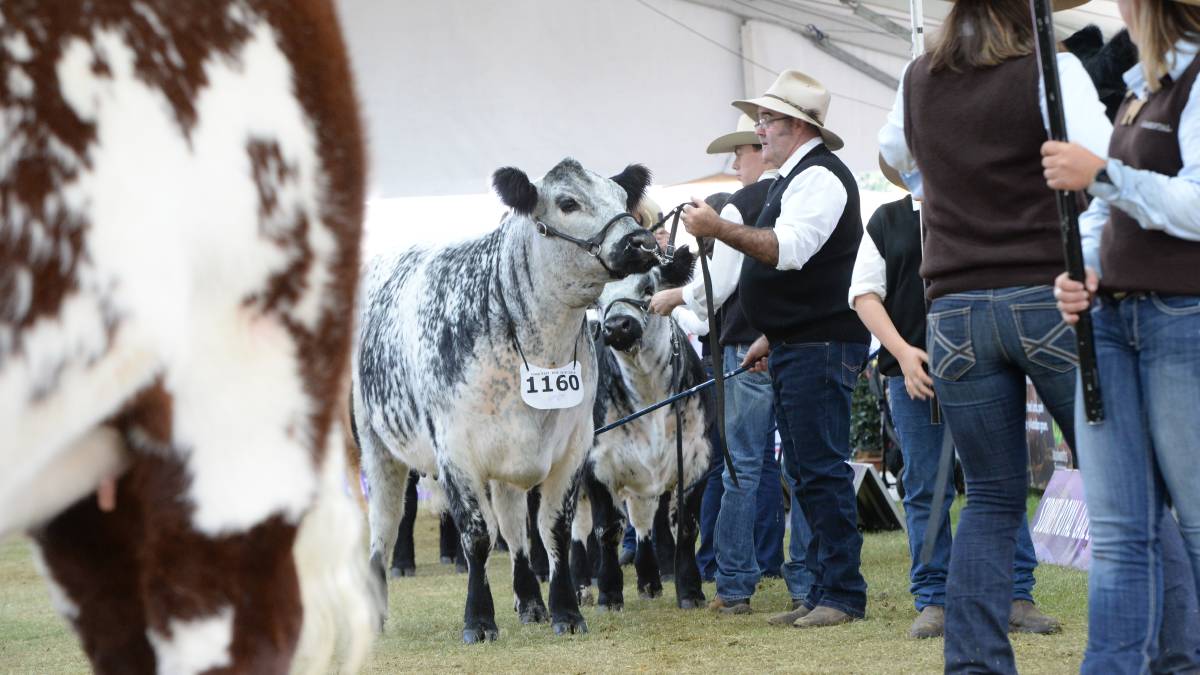 The Speckle Park breed has withdrawn as the feature show at the Sydney Royal. Photo: Rachael Webb

It follows the postponement of the World Congress.

Speckle Park International has withdrawn as the feature breed of the 2021 Royal Sydney Show citing the ongoing impacts of COVID-19 and the uncertainty surrounding the show.

In May the breed made the decision to postpone its World Speckle Park Congress which was due to be held in conjunction with the Sydney Royal in April next year.

But the difficult decision was made to opt out of the feature breed honours with the interests of the breed and its resources in mind.

In a statement on Facebook, SPI acknowledged all the hard work which had been put into preparing for the 2021 feature breed by both individual exhibitors and the subcommittee, and express how proud it was of the Speckle Park show teams.

"We thank members for their understanding, and are working hard to set an upcoming feature date," it said.

"We look forward to making announcements when we can about future opportunities for showcasing the Speckle Park cattle we know and love."

In 2019 the Angus Feature Show attracted more than 300 head of cattle and international judge William McLaren of Scotland.

The RAS confirmed the 2021 show would proceed without a feature breed.