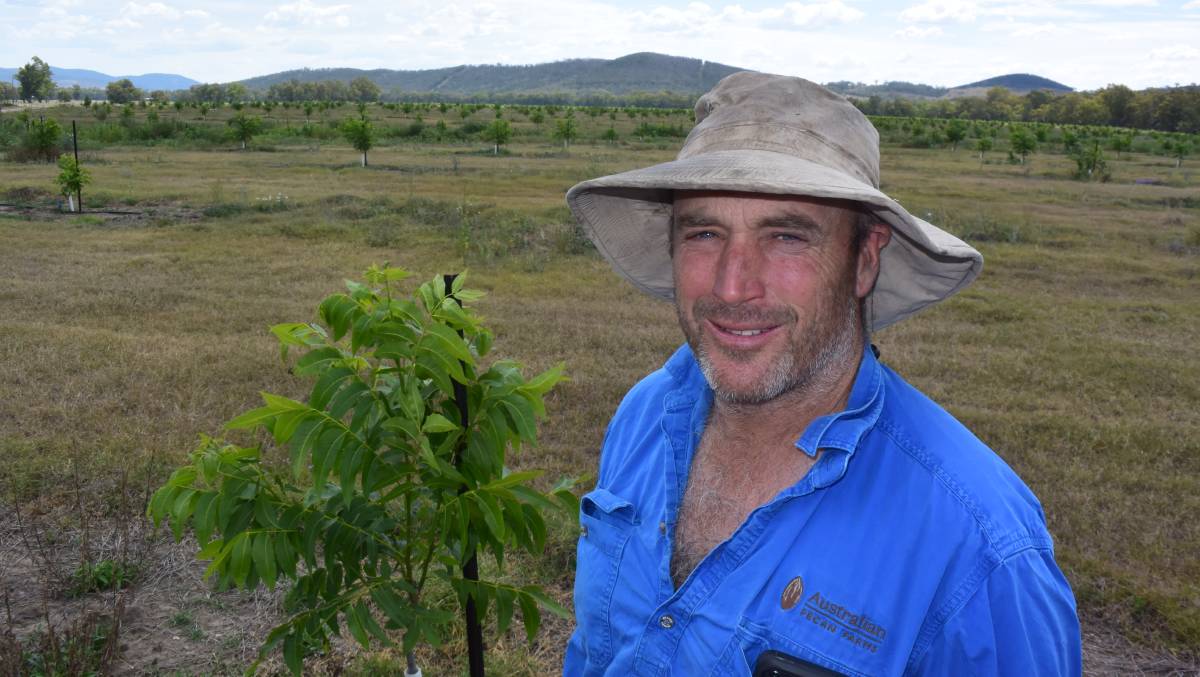 Ed Hickson, Dumaresq Valley, planted pecan trees under irrigation with an eye to the growing vegan market. "This is about connecting with our consumer," he said.

Paddock to cup, one farmer's journey to value add

When Boomi cotton farmer Ed Hickson and his media savvy wife Annabelle decided to buy a farm in the Dumaresq valley and grow pecans, they didn't just create product for the wholesale market - they helped develop a business that is adding value as farm production grows.

The 60,000 trees across 220 hectares of irrigated river flats downstream from Mingoola have another decade of growing before they reach peak production. In some ways it was just as well the drought came when they were young, as they required less water. The threat of future dry periods will influence how much more this farm will expand.

For now harvested nut is processed at Stahman's factory in Toowoomba but under a deal signed this week some of that product will supply a growing vegan market, hungry-thirsty for a dairy substitute.

It is fortunate that Ms Hickson has an understanding of social media, with 70,000 followers on her Instagram account. Her enthusiastic trawling on the internet led to the Byron Bay Milk Company, started by chef of 30 years Dave Edgson and his wife Aarna Hudson.

"We met at our factory and Ed left some pecan nuts for me to experiment with," recalled Mr Edgson. "I told him about a process that I had used for a similar recipe and after two batches - which is very unusual - we stumbled on a winner."

As it turned out, Mr Hickson bought a two litre pack of Mr Edgson's almond milk with the intention of sipping it slowly but finished the lot before he got to Tenterfield. 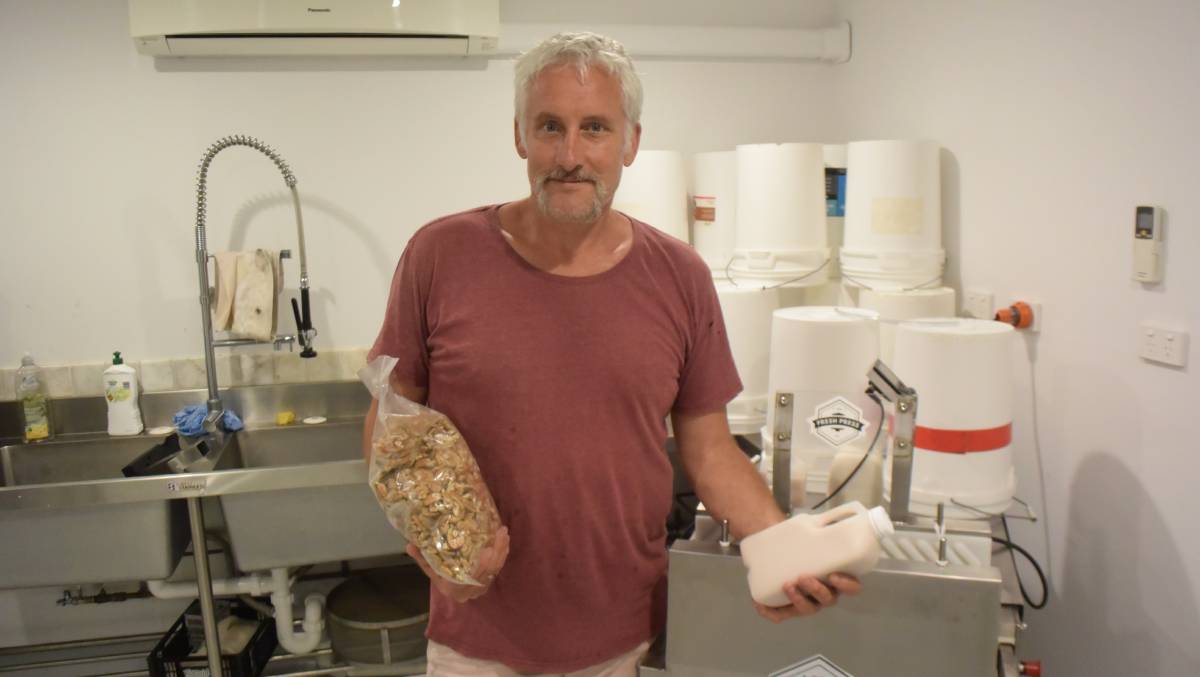 Chef David Edgson, Bangalow, has developed a nut milk that suits coffee without curdling and finishes with a creamy milk feel. Yes, it tastes like pecans!

The belief in each other's products certainly paved the way for greater collaboration.

"It was bizarre that we hit the nail on the head so quickly," recalled Mr Edgson, pleased with the success of his technique plus the natural attributes of the nut itself.

"The texture and viscosity are unbelievable," he said. "I actually didn't think that would be achieved out of a nut."

When he shipped a sample to the Hiscocks, on the other side of the divide, word came back and it was perfect.

Pecan 'milk' is not watery and eating a mouthful will tell you that. When pressed of its carbohydrates and oils what pulp remains is very little. That is a good thing because the residue left behind can make milk curdle.

"Highly acidic coffee and plant based milks don't normally go together but this product, using pecans, looks like a caffe latte," said Mr Edgson. "It's all in the process."

As as supplier to health food shops and cafes, the fresh plant 'milk' market certainly felt the pulse of the pandemic.

Now, on the other side, there is real optimism.