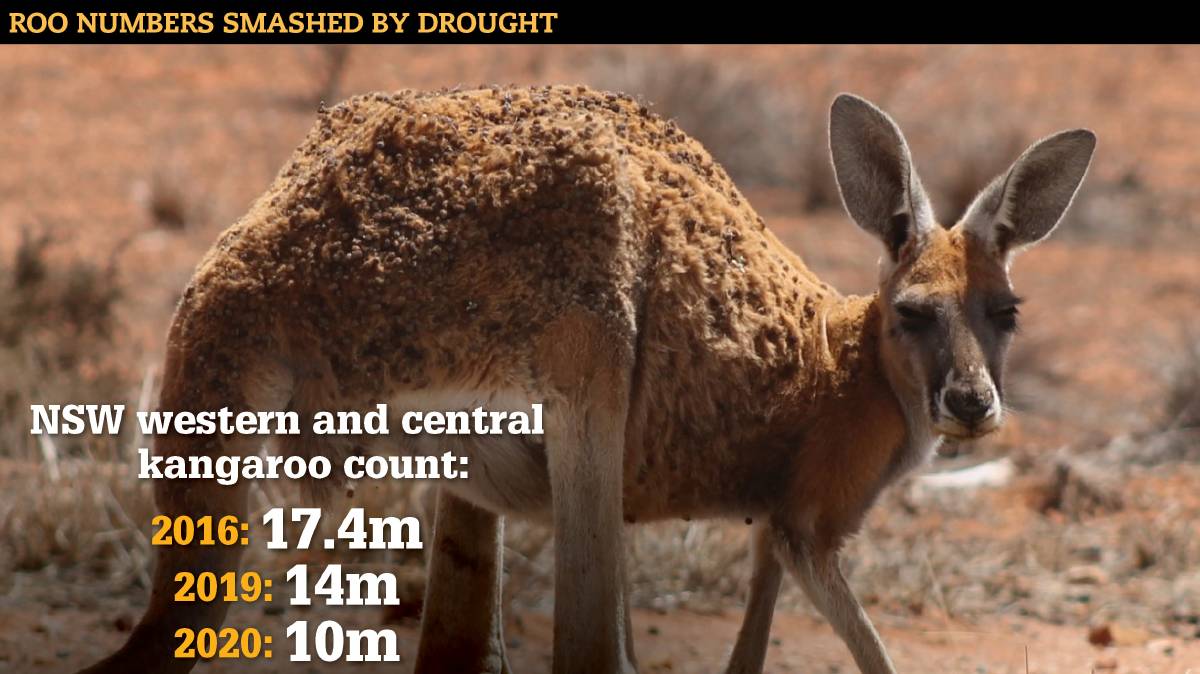 The drought has taken a huge toll on roo numbers in western NSW.

The drought has taken a huge toll on the kangaroo population in western and central NSW, with the latest roo count showing the population has fallen from 17 million to 10 million in the course of the drought.

Meantime, the kangaroo meat industry has played down claims by the animal protection group PETA, that it successfully campaigned to have kangaroo meat banned in German supermarkets.

The industry says it is "old news", and that most kangaroo meat in Germany is sold to the food service industry, not supermarkets. Exports of kangaroo meat have collapsed due to coronavirus trade issues, but the roo industry is still processing a high amount of product for the domestic market.

That is despite the horrendous three-year drought that has taken a heavy toll on the roo population - but it is all set to take off again with the best rain in a decade in western parts of NSW.

Kangaroos rebound quickly from the drought after rain, with a kangaroo doe's ability to raise up to three joeys at various stages of growth at the one time.

We are continually trying to put together credible science, credible information to be shared with everyone, on the better ways of approaching this rapid boom so we don't see tragic animal welfare consequences of the bust. - Geoff Wise, independent chair of the Kangaroo Management Taskforce

The drought caused huge animal welfare concerns for many western landholders forced to drag dying kangaroos bogged in drying waterholes. The bigger red kangaroos moved on from the worst of the drought but millions of sedentary black kangaroos perished.

But a new roo welfare crisis awaits as kangaroo numbers inevitably climb again after the breaking of the drought.

The Kangaroo Management Taskforce (KMT), which includes the RSPCA, aboriginal custodians, industry , farmers, scientists, LLS and veterinarians on the board, are all moving towards a better animal welfare outcome for kangaroos - with the main focus getting people to see kangaroos as a valuable resource. 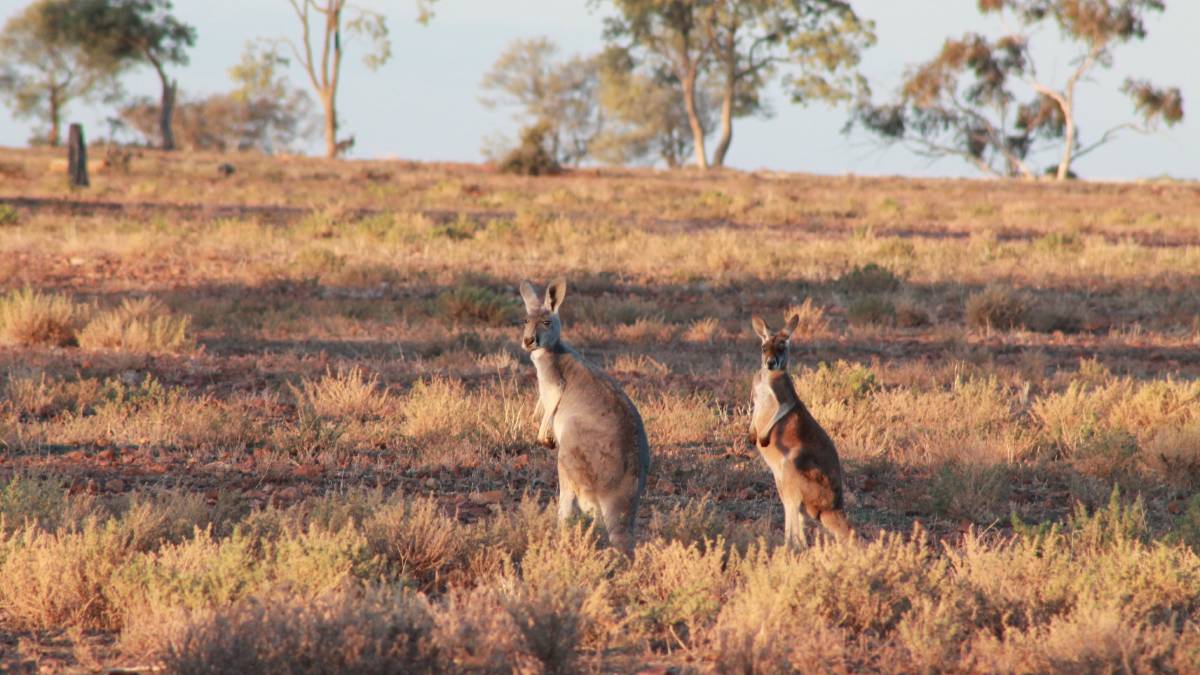 KMT independent chair Geoff Wise said the decline in the roo population was a "big fall". The count is done in the main roo population areas of central and western NSW, and there had been little damage to the numbers of kangaroos caused by the bushfires in the east.

"This decline is almost all due to the drought," he said. And he said the vast majority of the deaths was due to starvation, thirst, roadkill and disease. He said commercial harvesting took very little of the kangaroo population. 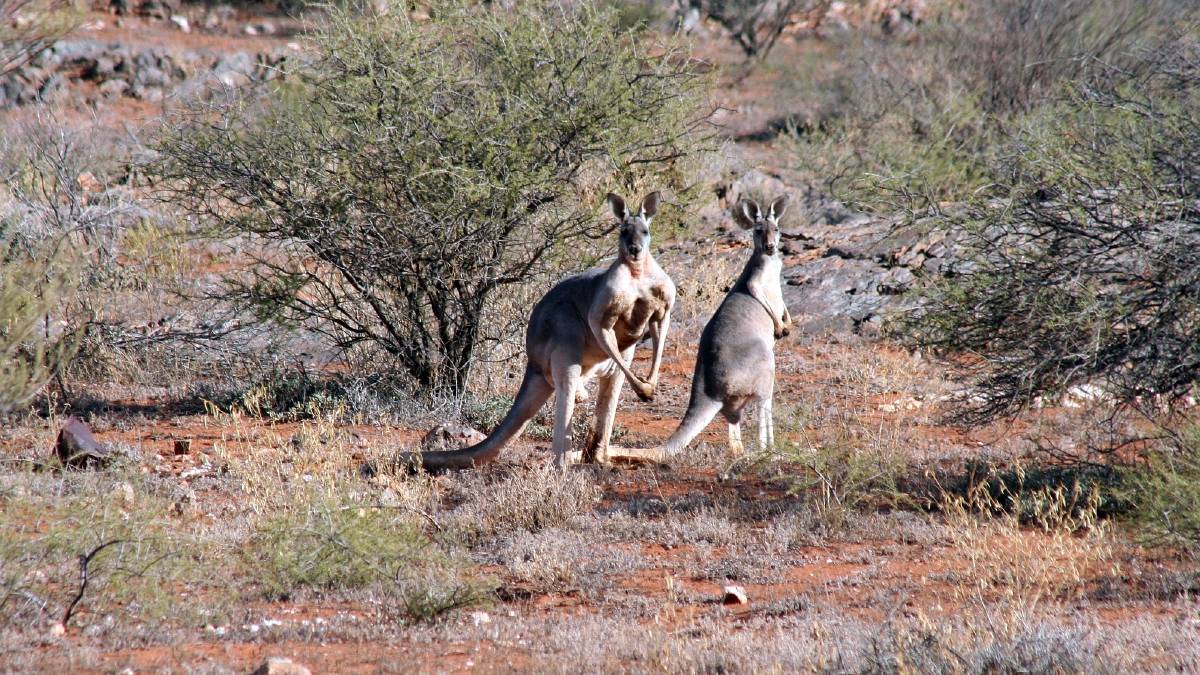 Commercial harvesters are allowed a quota of 15 per cent of the total roo count for the previous year, but traditionally this rarely goes above five per cent. That means next year's quota, not officially released yet, is only likely to see approval for a commercial harvest of 1.5m kangaroos at the most, but the harvest is unlikely to go above 500,000.

This shortfall, the KMT believes, will inevitably lead to another animal welfare disaster.

Western landholders were given the right to shoot kangaroos to an approved limit on their properties, but it is not known yet how many used the new laws introduced by the NSW Government as part of a drought aid package. Exclusion fencing, especially in Queensland, is also playing a big part in how roos are moving and collecting. 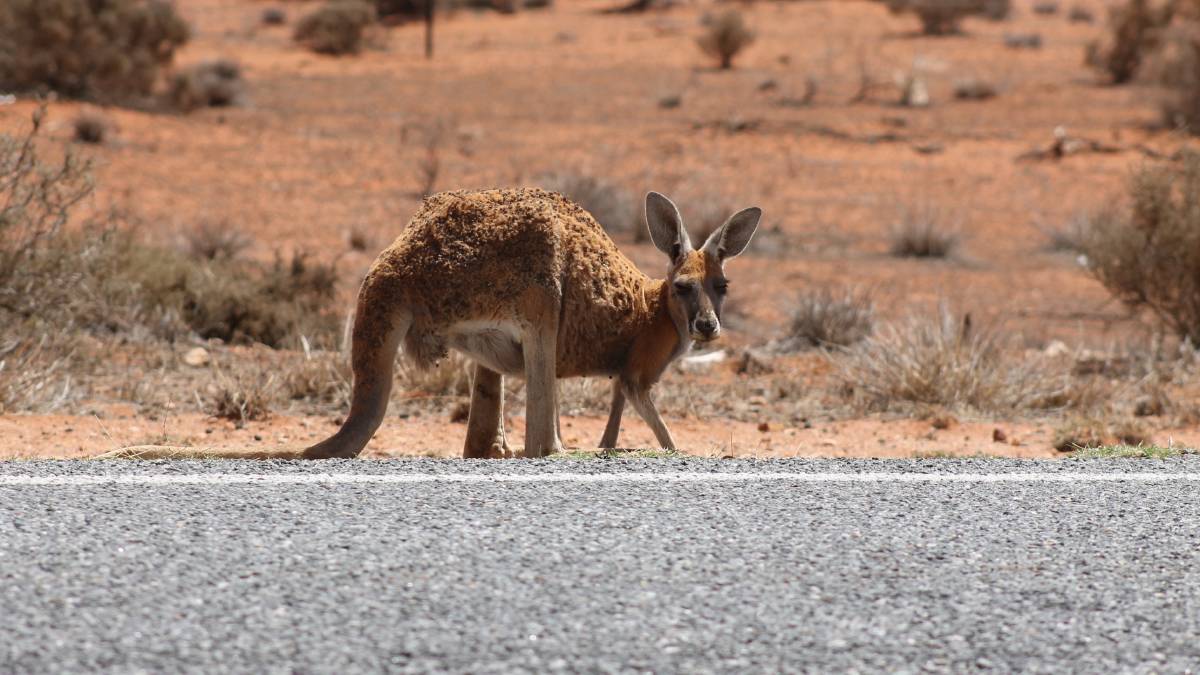 "We are continually trying to put together credible science, credible information to be shared with everyone, on the better ways of approaching this rapid boom so we don't see tragic animal welfare consequences of the bust," Mr Wise said.

He said many western landholders had gone through the mental stress of having to pull dying kangaroos out of drying waterholes. He said the irony was that if landholders who saw the tragedy of kangaroos dying en masse on their property, they'd go to jail for the same thing happening to their sheep or cattle.

The main kangaroo meat processor, South Australian-based Macro Meats, is investing another $3m in new plant as it sees the futiure for kangaroo meat as strong. The main export markets were still Europe, Asia, Japan and the US, and mainly to the food service industry.

He said the industry was constantly fighting attacks by PETA who "often targetted countries that knew little about kangaroos in Australia."

There are about 3000 people involved in commercial harvesting of kangaroos in Australia, supporting many regional and remote communities. The price of kangaroo meat has doubled for harvesters in the last few years to about $1.30/kg at the moment.

Mr Borda said he sees the day when landholders will see kangaroos as the most valuable asset on their property, especially with the move to carbon credits.

PETA two weeks ago said: "German retailers Kaufland, Real, Lidl, and V-Markt and pet-food manufacturer BEWITAL have agreed to stop selling kangaroo-meat products. The news comes after a joint letter signed by several organisations, including PETA Germany, informed them about the cruelty inherent in kangaroo hunting in Australia."

"Following graphic photos of charred kangaroos and reports that huge swathes of their habitat were decimated by recent bushfires in Australia, putting them under ever-increasing pressure, more and more people are demanding an end to the government-sanctioned slaughter. We're delighted that these German supermarkets have made the right decision to end their involvement in this barbaric killing," it said in a release.