With the imminent retirement of Graham and Isabella Grinter, there is a once in a lifetime opportunity to purchase one of the most successful Border Leicester studs in the country.

This is sponsored content for Retallack Border Leicester Stud through QPL Rural.

With the imminent retirement of Graham and Isabella Grinter, there is a once in a lifetime opportunity to purchase one of the most successful Border Leicester studs in the country.

The acclaimed Retallack Border Leicester stud at Ariah Park in New South Wales is being offered for sale along with the 315ha property on which the sheep have been bred for the past 45 years.

"We have decided to hang up our sheep shears and retire," Isabella Grinter said.

"It is a new chapter in our lives and while Graham and I will be sad to leave the stud industry we can look back with pride on many stud and sale successes with our sheep. It is not a decision we have taken lightly, but have been considering it for the past twelve months as we both feel it is time to let a new generation build on what Graham and I have established."

Expressions of Interest are invited for the sale of the property and the stud sheep.

There will be several purchase options - walk-in-walk-out including property, stud sheep and machinery as a going concern, the property and sheep, the property or the sheep.

Included in the stud sheep package will be approximately 400 mixed-age stud ewes, November-shorn plus the complete 2020-drop mixed sex weaners. Ten stud sires will be available for sale along with semen stored from Retallack Exceed and Excell, Retallack Earthquake and Retallack Tears I Cry. 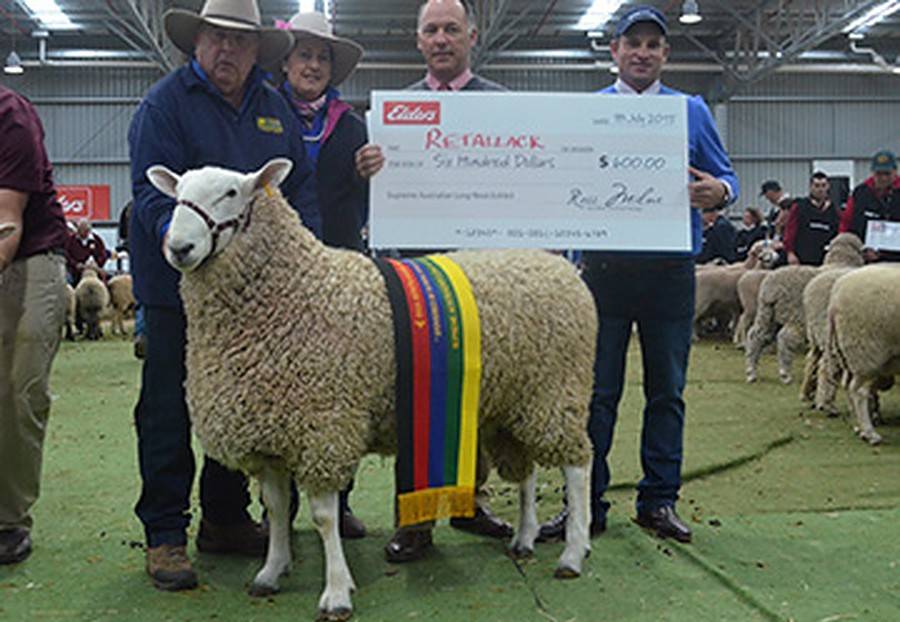 The property has a long history of an annual application of single superphosphate and the improved pastures are ryegrass and sub-clover based.

It is a unique opportunity for a stud operation who would like to have a base in the south as the property has been gradually fenced with paddocks subdivided to hold a single joining mob.

The health status of the property and stud sheep indicates MN3 accredited with all stud sheep vaccinated and tested for the past 18 years.

It is Brucellosis accredited and is footrot free.

"The property and stud opens many options for buyers and who knows the possibilities that might come out of this unique offer," Isabella Grinter said.

In 1963 he purchased five joined CFA Border Leicester stud ewes from Beanbah stud, Cowabbie Station, to form the Blequin stud - flock no. 3072. The following year, with money earnt from shearing Graham purchased a further 10 Beanbah ewes and the ram Beanbah Style and commenced showing sheep for his own stud in 1964 with success.

In that year a team from the Blequin stud was exhibited at the Sydney Sheep Show for the first time with six sheep being awarded three seconds and two third placing's in the novice classes. 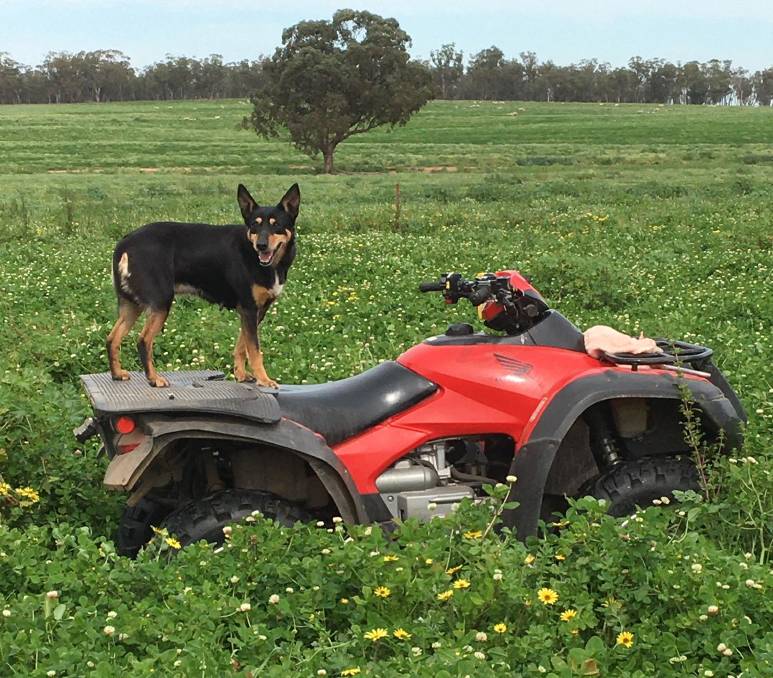 Pasture growth during the 2020 spring on Retallack.

The Retallack stud (flock no. 3666) was founded by Graham in 1975 with a nucleus of top ewes from Blecquin stud, 30 stud ewes bought from the dispersal of the Donaldson family's Sproules Lagoon stud (based on The Oaks and Kelso bloodlines) and the ram Campaspe BN305-74.

Retallack made a 'big' move during Border Leicester week in 1977 when it selected 100 maiden ewes from top Victorian studs, Terrappee, Campaspe, The Oaks and Fraser along with the ram Terrappee 501-76.

The Campaspe and Terrappee rams have laid down the breeding direction of Retallack's stud flock.

Further stud sires were introduced from Cadell, Blackgate and The Oaks, with rams from the last stud having the greatest influence.

Retallack has had considerable success in the show and sale rings, with Graham's involvement spanning more than 50 years in the industry.

Retallack is a pre-eminent Border Leicester stud, with sheep and genetics being sold to most states of Australia and abroad.

The NSW record for highest-priced Border Leicester sold at auction, when a Retallack ram was sold for $17,000 at the 47th on-property sale 29 October 2019.

This is the first article in a two-part series. Next week will include show and sale success and client testimonials.

Expressions of interest will close at 12pm on January 25. Inspections of the property and stud are available by appointment. Call Craig Pellow on 0428 780 219 or head to the QPL Rural's website.

This is sponsored content for Retallack Border Leicester Stud through QPL Rural.