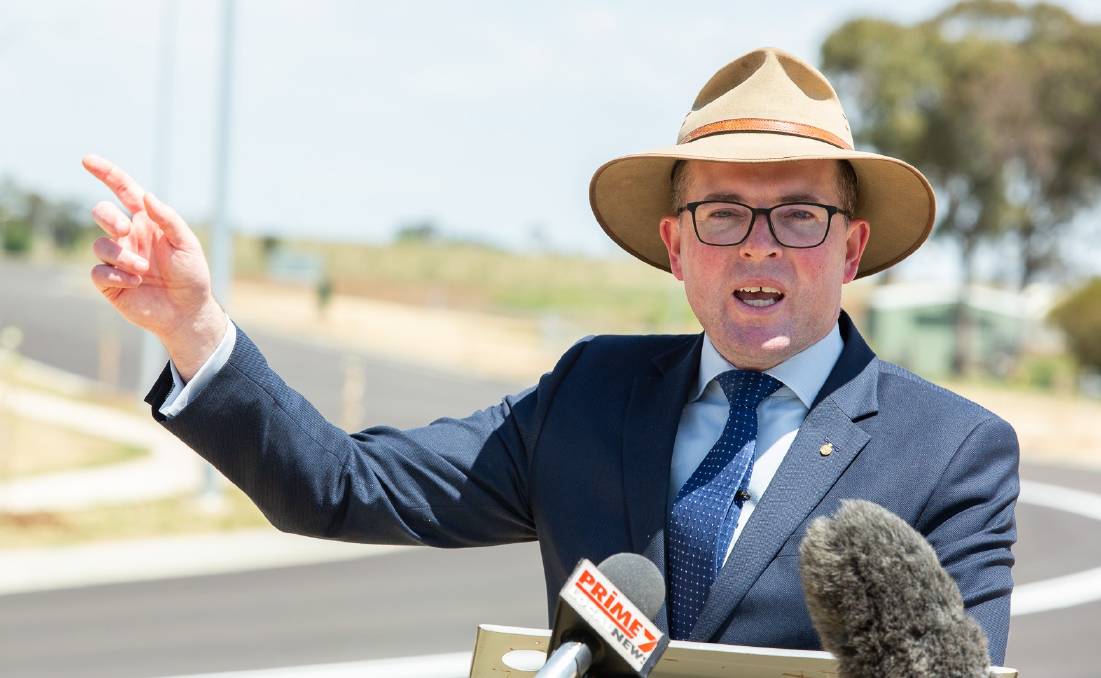 An extraordinary split has emerged between state ag ministers and their federal counterpart David Littleproud, whom they accuse of ignoring urgent ag issues they want confronted immediately.

Ahead of an Ag ministers online meeting today, four State Ag ministers wrote to Mr Littleproud saying the proposed agenda lacked substance and did not address issues such as seasonal workforce shortages, trade in the light of the China bans, climate change and biosecurity failures.

The Ag ministers' letter follows another one sent by NSW Ag Minister Adam Marshall that accuses the Federal Government of not controlling border biosecurity with the recent detection of invasive pests in famland that had entered through the Federal-controlled ports.

The Marshall letter has reportedly made Mr Littleproud livid - he had only read it on The Land website. But his office received another letter today, from four ministers.

The letter is signed by the Agriculture ministers of Victoria, NSW, Queensland and Western Australia and says they are disturbed at the lack of Ag Ministerial meetings, with "only two" Agriculture Ministers' Meeting (AGMIN) this year, calling for more next year.

"As state agriculture ministers, we are calling on you to allow urgent and critical issues facing the industry - like seasonal workforce shortages, trade, and climate change - to be discussed at today's Agriculture Ministers' Meeting (AGMIN)," they say.

"Today's AGMIN meeting is the first in some ten months. Yet in the agenda circulated yesterday, the one and only item you have proposed that we discuss is that of a time limit on the existence of a regular meeting of Australian agriculture ministers," the letter says.

"While we understand we need to respond to the Conran Review, this is certainly not the most pressing matter facing Australian agriculture.

"This approach from the Commonwealth comes as farmers across Australia face the unprecedented challenge of finding enough seasonal workers for harvest; an escalating trade war with China affecting Australian beef, barley, seafood and wine; and ongoing recovery from bushfires and drought, including questions about how your government's Future Drought Fund will be rolled out to support country communities.

"Other important issues not on the agenda include action on climate change and farm resilience, the response to current biosecurity incursions, and seasonal outlooks.

"We strongly insist that a full agenda be set to discuss these critical issues, and that you commit to holding more regular meetings next year after just two were held this year."

Mr Littleproud said in response: "After the creation of National Cabinet Ministerial Council Meeting agendas were agreed to by the state Premiers and Prime Minister not me.

"It's embarrassing that either these Ministers didn't know this or more likely they are playing politics. Australians expect their elected officials particularly in times of crisis to lead them not act like petulant children," he said.

Mr Littleproud said he had written to the Victorian Ag Minister Jaclyn Symes on November 30 outlining the three main areas that the Prime Minister said should be discussed in future AGMIN meetings. He agreed with this.

These included the COVID response, implementing the national drought agreement and "delivering a corodinated national work plan for climate change in agriculture".

Mr Littleproud said in the letter that it had been agreed to put a time limit on the AGMIN meetings by the Conran Review, released in October. Also Fisheries and Forestry issues would be included under the Agriculture ministers' umbrella.

He said the December meeting was about "setting priorities" and that he was prepared to discuss all the issues with the Ministers. Any issues can be dealt with out of session or through correspondence, he said.