With the uncertainty surrounding how harvest was going to turn out, Enviroganic Farm decided not to produce any certified organic turkeys this year. 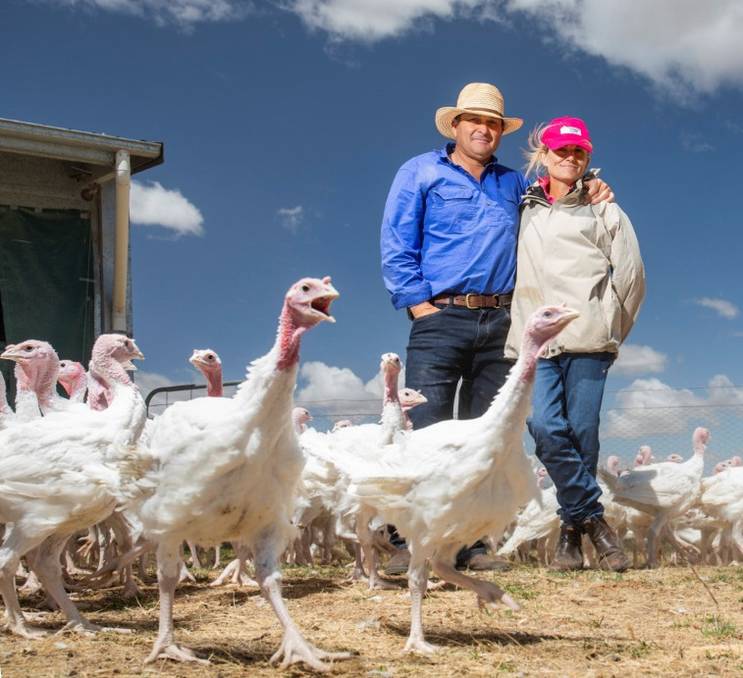 As families sit down to eat Christmas lunch this year, something might be missing from the menu.

With the uncertainty surrounding how harvest was going to turn out, Enviroganic Farm decided not to produce any certified organic turkeys this year.

Angus and Sonya Dowling own and operate Enviroganic Farm at Murringo in the Hilltops region of NSW, producing certified organic chickens and turkeys.

The Dowling family has been farming in the area in one form or another since the 1840s with Angus and Sonya organically farming since June 1999.

They began with 50 chickens before adding turkeys in 2007.

"We had to make the call whether or not to produce turkeys this year back in September," she said.

RANGING: The turkeys roam on pastures to supplement their feed.

"At that point is was not clear if we would get a decent harvest or not.

"We are all about delivering the highest quality certified organic produce and part of that is growing our own feed.

"As it turns out, we probably could have done turkeys again this year."

The systems the Dowlings have in place at Enviroganic Farm are all designed to not only promote good growth in the birds, but for their well-being as well.

As part of the rotational grazing system at Enviroganic Farm, the poultry graze alongside sheep and lambs, promoting pasture and soil health. Previous generations of the Dowling family had based most of their operations around mixed farming practices, so it was a bit of a step away from the norm for Angus and Sonya.

"Angus and I have always liked the principle of organic farming," Sonya said.

"Angus had implemented organic practices in his farming without being certified and in 1999 we wanted to be involved in something together.

"We did some market research and at the time there was a distinct shortage of certified organic meat chickens with only one other grower at the time.

"We started with one shed on skids which we used to drag around with a tractor and grew from there." RESULT: Who wouldn't want one of these on their kitchen table?

The Dowlings are so committed to certified organic practices, Sonya is now on the Australian Certified Organic board.

"There are people claiming to be organic but aren't really," Sonya said. "Make sure they are certified organic."

Enviroganic Farms are looking to get back into turkeys sooner rather than later, possibly doing an Autumn batch as well as the usual September batch.