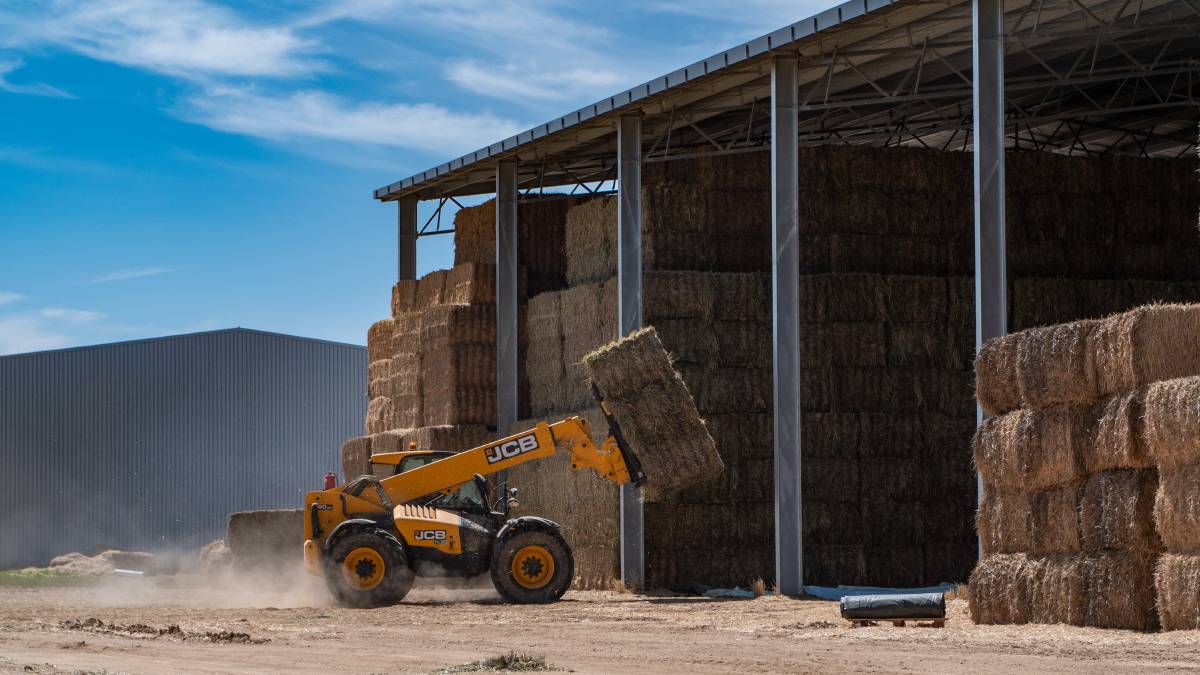 As the old saying goes, there are two certainties in life: death and taxes. It would appear, however, that as times goes on, we can add another to that list of certainties: Good hay production years brings with it spring rain.

As the old saying goes, there are two certainties in life: death and taxes.

It would appear, however, that as times goes on, we can add another to that list of certainties: Good hay production years bring with them spring rain.

The trade off between rainfall for production and the potential risk for quality downgrades has been an issue that growers have long dealt with. However, with the increasing importance of Australian hay into the export markets, and thriving feedlot/dairy and consumable market, this issue has never been more impactful.

This current season is a case in point.

In what has been a very productive growing season, full of potential, we have seen, yet again, the impact of late rain affecting hay quality across the east coast and SA regions.

This coupled with a full supply chain and a flat domestic market has seen the financial impact of quality downgrades perhaps at its most extreme to date.

All growers have forward sold contracts to exporters for the current season.

In the case of Grower A, the crop was unable to be baled and stored in time to avoid significant rain damage and as such their stock was downgraded and the price adjusted accordingly.

In the case of Grower B, they were able to bale and store 50 per cent of their crop ahead of a significant rain event (actual volumes scaled for illustrative purposes) and as a result captured the full value of their forward contract for those stored bales. The balance of crop was rain affected and downgraded accordingly.

Grower C has 100 per cent storage and was able to get the entire crop under a roof with minimal rain damage and so was able to capture the quality of the crop and receive full value of the forward sale.

The difference between the outcomes is highlighted below and highlights an opportunity cost of up to $140mt.

Whilst it may be inevitable in some years that the timing of rainfall will simply mean it is a "square peg, round hole" scenario, what it does demonstrate is that the ability to protect the quality of baled hay with the use of storage has never been more important in capturing the full value of the crop, and simply giving yourselves the best possible chance of doing so is prudent risk management.

This issue is further exacerbated in a falling or flat domestic market where producers become "forced sellers" at harvest due to an inability to store product that needs to find a home out of the paddock, thus further putting pressure on an already deflated market due to an excess of supply.

Growers who have ample storage can wait out these market pressures until such time as the demand comes back to a more supportive level and allows a more risk managed approach to selling the crop.

What we see here is that by having ample storage growers are often able to achieve more of a premium relative to what is offered in a pressured harvest market. This, coupled with the ability to protect the quality of the product, allows for a much stronger marketing position.

At a high level, this demonstrates that, given the opportunity cost of the current seasons examples, the payback period on increasing the ability to store the bulk, if not all, of a seasons production ranges from less than one year up to two years, depending on the capital outlay and the quality premium gained.

In short, with the continued weather volatility through spring, the growth and increasing demand for Australian export hay, and a continued lack of available storage at harvest means growers need to look at how to manage this ongoing risk and the opportunity cost of not having adequate storage.

There has never been a better time for growers to explore the option of increasing their storage capacity and de risking their business to achieve more stable and profitable returns.

*Production volumes have been scaled for illustrative purposes.