Sale goes ahead in vastly different circumstances to last year. 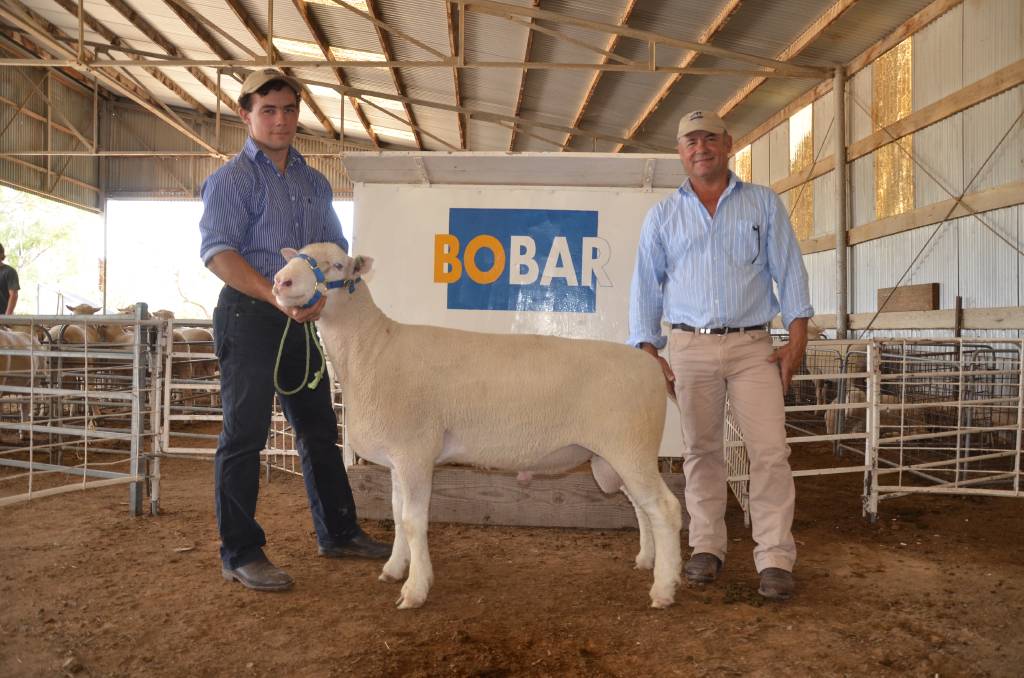 The Ramm family of Bobar Poll Dorsets, Manar sold all 96 rams offered at their 38th annual on-property sale on Thursday, with a top price of $2600 and average of $1458.

The sale was held in vastly different circumstances to last year, where surrounding bushfires and subsequent road closures blocked many from attending.

Stud principal Jamie Ramm said the rams they put up were some of the best they had produced, and were certainly the heaviest with an average weight of 110 kilograms, some rams putting on up to 9kg in the last three weeks.

The rams were on agistment at Stockingbingal for three months over winter this year.

"They went out there and kept growing and they came home to another spring when they got home," Mr Ramm said.

Serial top-priced ram buyer for the stud, Neil Cummins, Laggan was at it again, purchasing the top ram for $2600.

Mr Cummins has been buying rams from Bobar for more than 30 years.

He said he liked their easy-doing ability and quick growth, and picked this year's top-priced ram for his length and eye-muscle depth.

Mr Ramm said Mr Cummins had provided great feedback for the stud over the years.

"He knows the sires of all the rams he gets, he puts them with different ewe mobs and lets us know which rams are working well," Mr Ramm said.

Mr Ramm's son Lochie had eight of his on rams in the sale, having started breeding sires himself from the age of 12.

While, both D and L Crawford and Belinda O'Connell took home seven.

Mr Cargill said he had been fighting fires during the sale last year so was happy to be there this year.

"Bobar has a lot of consistency in their rams," Mr Cargill said.

The purchased rams will be put with Mr Cargill's first cross ewes for a second cross prime lamb.

The sale had interest from a mix of local buyers and clients from the Crookwell region and the South West Slopes.

It was conducted by Elders with Steve Ridley taking the bids.