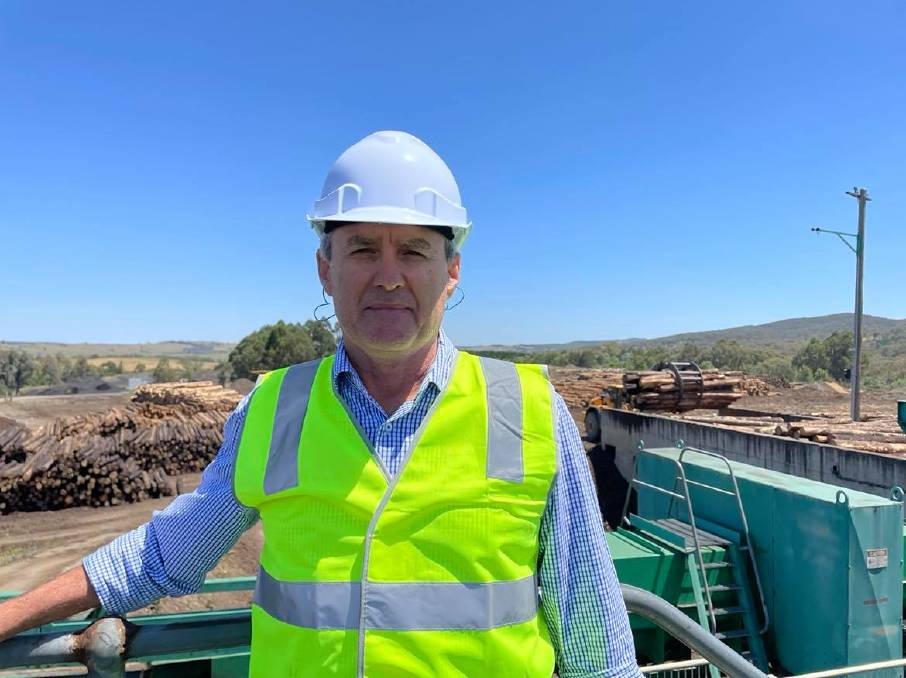 Hyne Timber director James Hyne at the Tumbarumba Mill. Mr Hyne said with government support they could divert logs headed for export in order to feed the mill during their bushfire recovery.

The future of Tumbarumba's mill reliant on gov support.

The forestry industry was devastated in last summer's bushfires and now the future of towns like Tumbarumba, who rely heavily on the industry, hang in the balance.

A campaign named, TimbaforTumba is lobbying the government to help the industry through the next three years and ensure its recovery in the region.

At the centre of this effort is the bid to save Tumbarumba's timber mill, Hyne Timber, which employs 212 people directly and hundreds indirectly as part of the supply chain.

Close to 40 per cent of the region's plantation feedstock was lost in the bushfires, and while the industry is still in the midst of harvesting and processing the burnt logs, the concern is the supply from mid-2021.

A solution brought forward by Hyne Timber and TimberforTumba is to transport logs from other regions to the Tumbarumba mill.

Hyne Timber, who supply timber for one in four houses built in NSW, have identified 441,500 cubic metres of plantation pine in western and southern Victoria, which is currently being exported, but could assist in feeding the Mill over three years.

The catch is that with the freight costs involved it is not currently economical for Hyne Timber unless they receive government assistance, as extra costs cannot be passed on to customers due to competitive pricing with imported goods.

Hyne will put $42 million towards the initiative, but is asking the government for $29 million over three years to help subsidise freight, in order to avoid an economic loss of $177 million in Tumbarumba, including 140 job losses.

A community delegation from TimberforTumba including freight, logging and Snowy Valley council representatives, alongside Hyne Timber director, James Hyne, met with Deputy Prime Minister Michael McCormack last Thursday to table the solution, put together in an independent report by REMPLAN. 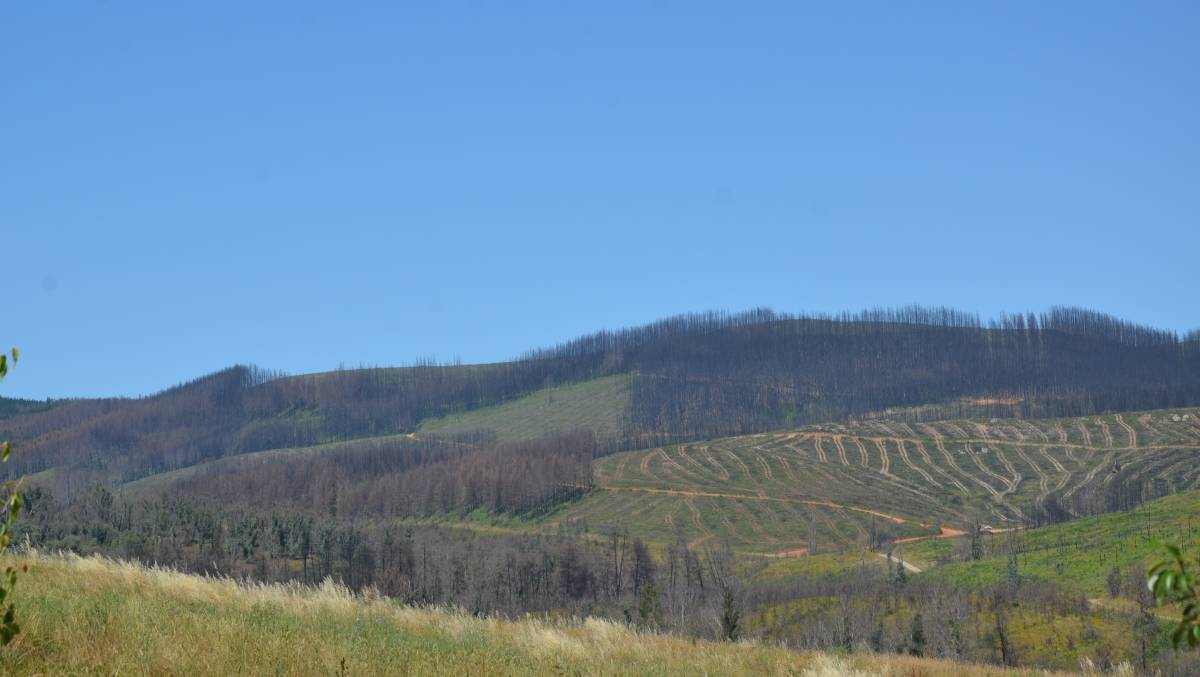 Close to 40 per cent of the region's plantation feedstock was lost in the bushfires.

Mr Hyne said with China suspending timber exports in Victoria, there was a compelling argument for the government to assist with diverting the logs to Tumbarumba.

"Suppliers are looking at other markets at the moment but it (export) has essentially stopped," Mr Hyne said.

"With support from the government we could keep logs in this country, rather then sending raw material out of the country and importing finished goods from overseas.

"We can keep that log here, process it here, sustain local jobs and supply Australian made product into our building industry."

Mr Hyne explained that although it would take around 30 years for the logs to regrow, they were only asking for support for three years, to give themselves time to put strategies in place to make it sustainable to bring in timber from long distances themselves.

"It's a stop-gap, otherwise we can't sustain all the jobs on this site," Mr Hyne said. 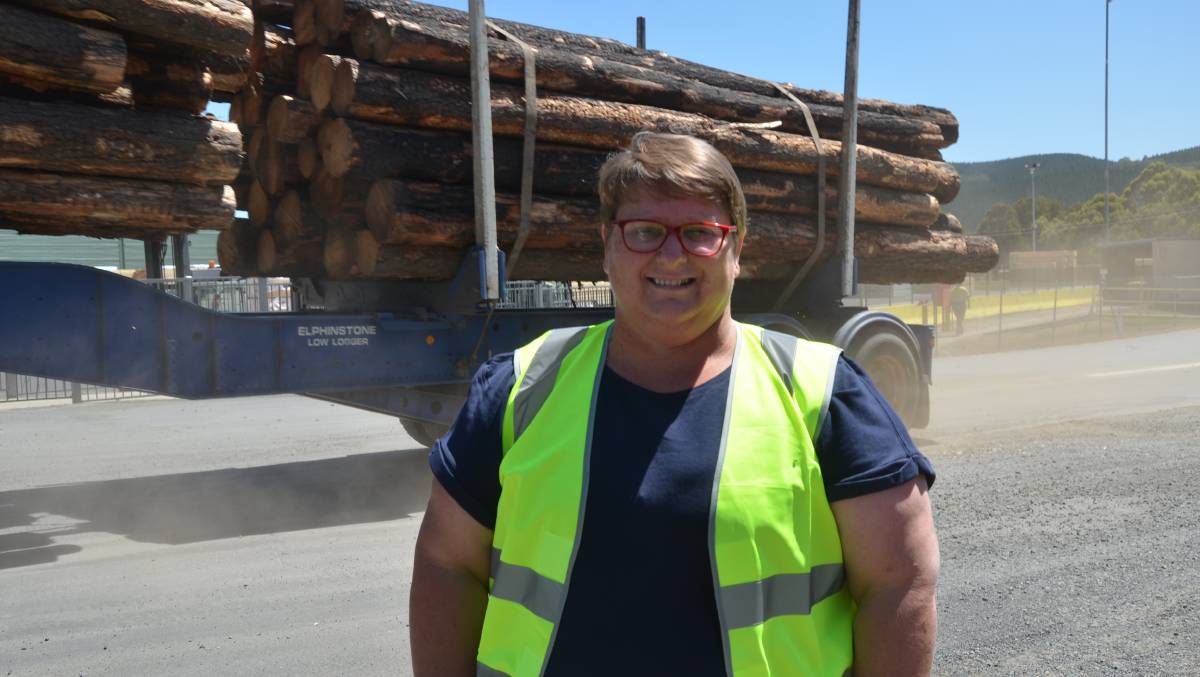 Theresa Lonergan, P and T Lonergan Logging said they have been told that by December 2021 Forestry Corporation will require half the amount of logging contractors.

Director of Lonergan Logging, Theresa Lonergan was also part of the TimberforTumba delegation who travelled to Canberra last week.

Mrs Lonergan, who runs the family business alongside her husband Peter, said their future post the fires would rely on them being able to access government support.

"With 40 per cent of the pine trees gone, we've been informed by Forestry Corporation that we have a job until December 2021 but after that they'll only need half the amount of contractors," Mrs Lonergan said.

"We're a small family business and Forestry Corporation is our only client at this stage."

She explained that because they were busy now, harvesting the burnt logs, they were not eligible for funding because their business was not impacted - yet.

"We know all the support is out there now, but we're not eligible for because we're going ok, we need the support at the end of 2021."

Mrs Lonergan said they were involved with TimberforTumba because without the industry and the mill, they "don't have a town."

"We need options, we need help to get the timber here to keep the town alive," she said.

However, if the timber is moved in from Victoria, it will not directly assist the Lonergan's business and Mrs Lonergan said they would consider moving to another logging area if they had to.

"Unless we can get a job where they're going to be harvesting it (government support to transport logs in from Victoria) won't have any effect on the business, but our employees will have somewhere to go and the Mill will still be here to come back to," she said.