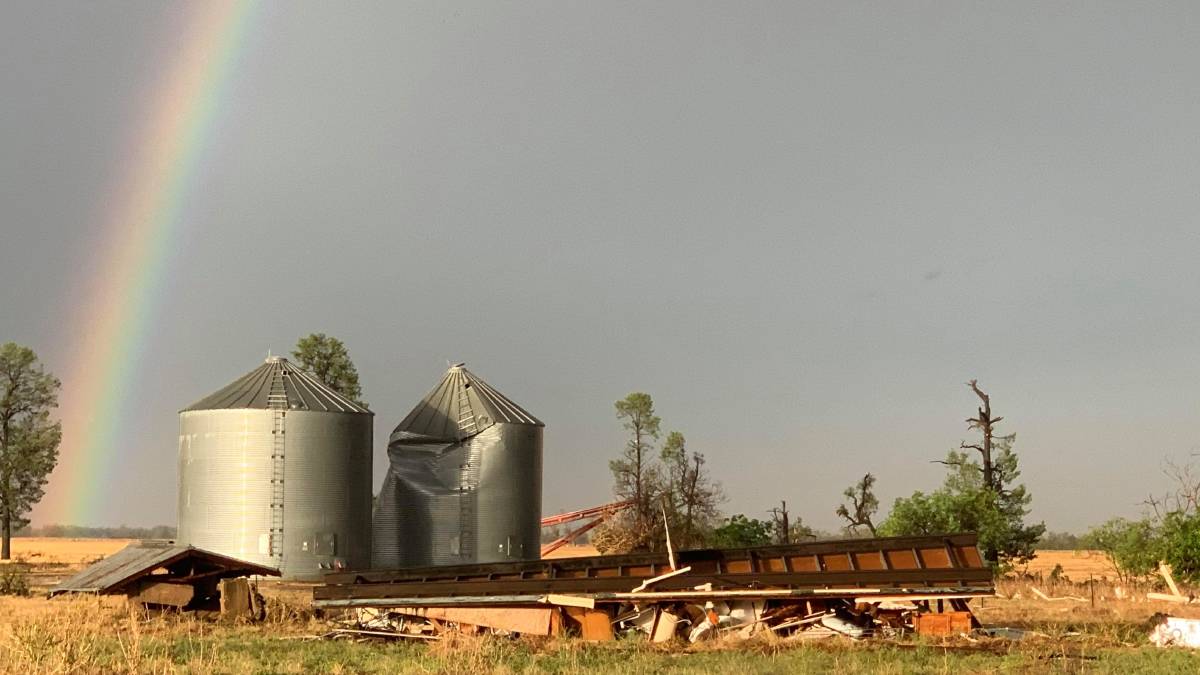 A silo and a shed were hit by the big storm that passed thorugh Nevertire area. Photo by Emma Heckendorf, courtesy of Dubbo Liberal.

Church blown off its stumps at Nevertire

Storms, mini-tornados, heavy rain were all part of wild weather on the weekend in central and northern NSW that damaged properties and left a trail of destruction in Nevertire, with the hotel damaged and a church blown off its stumps.

At Trangie they were reports the wind gusts reached over 130km/h on Saturday - equal to a category two cyclone. There were reports of damage to an old tower at Trangie Research Station, but the main damage there was uprooted trees "some pulled clear out of the ground".

Glen Innes had more than 130mm over four days with reports of up to 180mm at Brooklington over three days. There was good rain from Moree east and south to Narrabri.

While sorghum and summer crops got a much needed drenching in the north especially around Warialda, in central NSW the rain was unwanted and weather damage is expected in some crops that were close to harvest especially in the Forbes and Gooloogong areas. 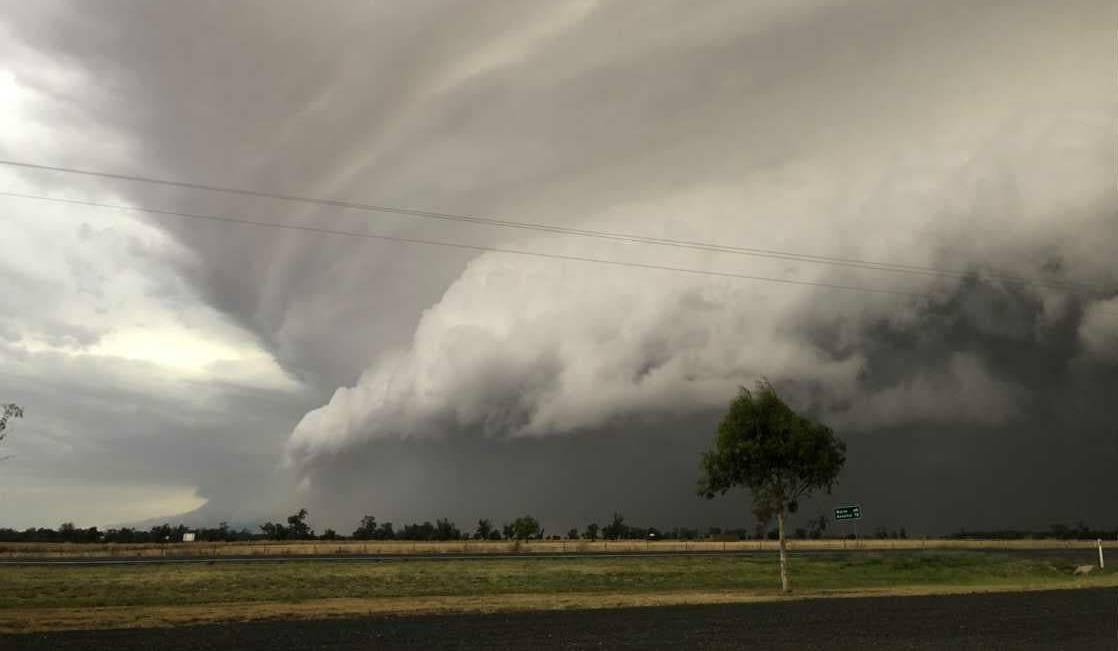 The storm moves in at Collie. Photo by Camilla Herbig/ Dubbo Liberal.

It would be a tragedy for locals as there are reports of some wheat crops going up to a monster 10 tonne a hectare in the nearby Canowindra region.

Emergency workers scrambled to help people caught in the storms in the central-west and north-west regions.

Power was cut off at Nevertire until Monday after a vicious storm cut a swathe through the town, knocking the Anglican church off its foundation stumps. It was not believed to be insured. 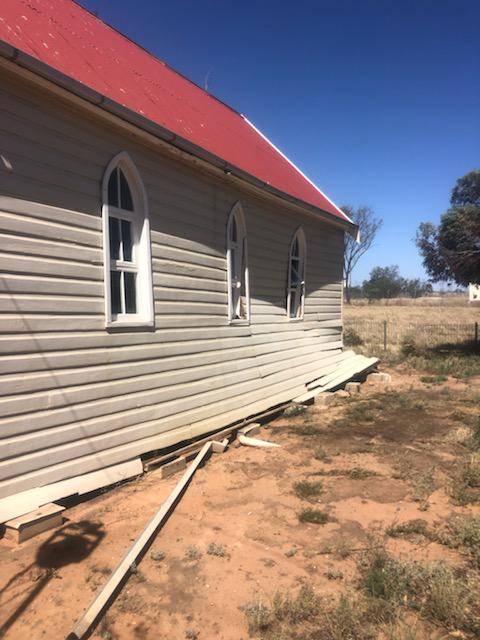 The Nevertire Anglican church blown off its stumps.

Trees were down everywhere in the area all the way to Trangie and out to Collie where wind gusts reached cyclonic strength.

Scott "Soldier" McCormack brought in his farm bobcat to help with the clean-up in Nevertire that was still continuing into Monday. Many rooves were damaged in the town and trees were down everywhere. The Nevertire Hotel lost its verandah and part of its roof and will be closed indefinitely, and the storm blew the Anglican church off its foundations.

"There was about 20-30mm of rain and there were lightning strikes everywhere," Mr McCormack said.

"A lot of the damage has been in the town. We heard it was even worse south with 140-160km/h gusts at Trangie," he said. A number of cows had been killed by lightning. "No one was hurt so that was good, we were very lucky of that." 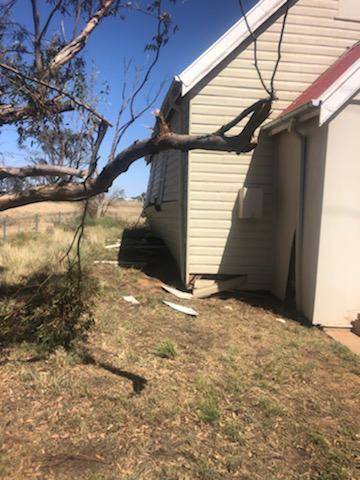 The damaged church at Nevertire.

The damage to properties was less in rural areas but many silos were hit by flying debris, with one (pictured), looking like a giant sat on it. A woolshed was lost near Nevertire and there was severe damage to a house near Nyngan.

The Trangie Research Station area suffered a direct hit but luckily a new building was not damaged nor any of the old ones, and the main issue was fallen trees. An old tower was partly bent, but according to Barry Unger, the majority of the station was okay, and no research areas were damaged.

Some pretty good rain totals in the last week in central and northern NSW.

"Some of the trees looked they had just been pulled clear out of the ground by the wind," he said. "One gust was reported at 128km/h."

Roofs on multiple houses and two hotels were damaged as wind gusts were recorded at speeds of more than 100km/h at both Dubbo and Trangie, the Dubbo Liberal reported.

SES western zone commander David Monk called the event "definitely a severe thunderstorm", and probably the worst in the region for about two years.

Others said it was the worst storms they'd seen in 10 years.

At Nyngan there were three jobs on Saturday night, with one roof coming off, he said.