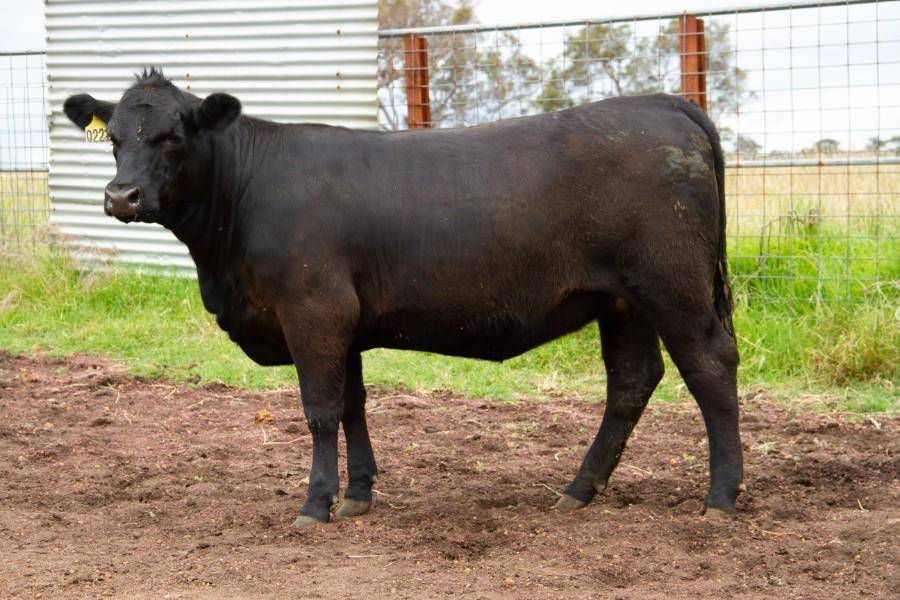 The Reiland and Little Meadows Angus studs teamed up to sell females to a $7750 top and $3905 average.

TWO Angus studs from NSW and Western Australia teamed up to host the East Meets West Angus Female and Genetics Sale last Friday via AuctionsPlus, which saw prices rise to a $7750 top.

Overall 29 of 58 females were sold at the close of the timed auction, resulting in a $3905 average for vendors Mark Lucas of Reiland Angus, Gundagai and the Golding family of Little Meadows Angus, Dardanup, WA.

A genuine offering of keeper heifers was presented, including around a third of the Little Meadows stud's replacement females that had to be sold following the lose of a 700 acre lease.

The Goldings offered the $7750 high-seller, Little Meadows Edwina Q221, that was purchased by the Thompson family of Venturon Livestock, Boyup Brook, WA.

Able to inspect the western offering in person and with the aim of building their Angus program in mind, Harris Thompson said she was a long, beautiful fronted female that had all the makings of a good cow.

"She has generations of good females in the pedigree so we knew she would be able to breed on... and with a good blend of data and a beautiful udder, you can tell she will turn into a great milking female," he said.

"It was a good opportunity to buy Angus females that wouldn't normally be offered, and particularly a heifer from a female line we always wanted to get a part of."

The 17-month-old pregnancy-tested-in-calf (PTIC) female was by Texas King of Hearts K353 out of Little Meadows Edwina L1. She was artificially inseminated to the $12,500 Prime Nirvana N33, who Mr Thompson said had bred a good line of calves for the Goldings.

Mr Thompson said they had followed the Wilcoola P9 female since she was a nine-month-old and she has just kept getting better.

"This is the only opportunity to get into Powershift in the west, and the Wilcoola line is good," he said.

Wilcoola P9's full flush sister Little Meadows Wilcoola P7 was the heifer that the Goldings donated to the Black Dog Ride at the 2019 Royal Melbourne Show, which sold for $26,000. 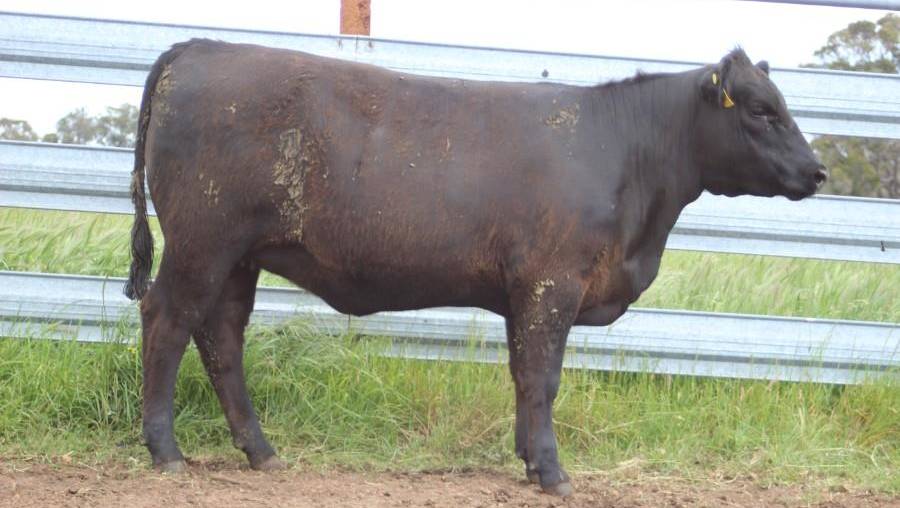 Little Meadows Edwina Q93 was the second top-priced heifer snapped up for $7000 by an eastern stud. Photo: AuctionsPlus

Little Meadows Edwina Q93 was the second top-priced heifer snapped up for $7000 by an eastern stud.

Described by the vendors as a structurally correct heifer that added more thickness and muscle, while retaining femininity, she was also by Booroomooka Bartel K320.

A Bushs Easy Decision 98 daughter, out of Reiland Wilcoola N903 who goes back to Maturi Reality 839, she was sold joined to Reiland Pete P912 and expected to calve from February onwards.

Little Meadows principal Tony Golding said the sale was something they want to do on an annual basis, to allow them to market females to the east.

The sale was conducted online through AuctionsPlus with Glasser Total Sales Management (GTSM) as the agents.

Read the full report from the East Meets West Angus Female and Genetics Sale in this week's The Land newspaper.