PROPERTY OF THE WEEK: 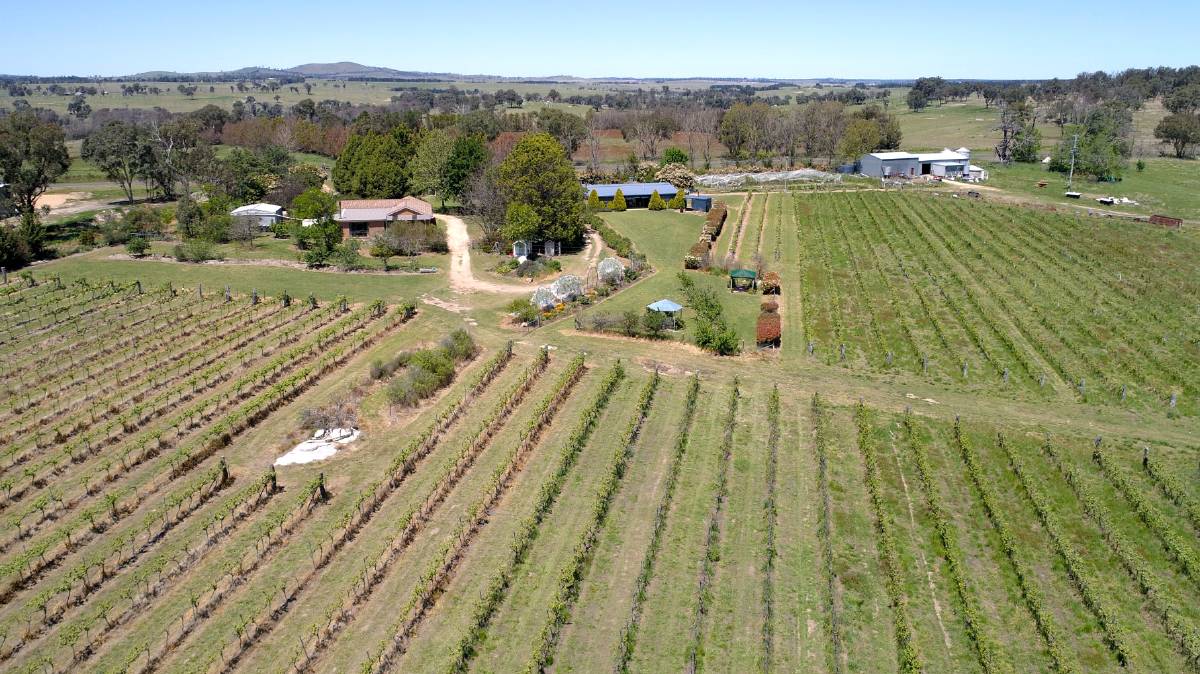 The properties, Whyworry at Uralla and The Tops/Branch Creek, are being marketed by John Croake of AWN in conjunction with Raine and Horne, by auction and expressions of interest respectively.

Whyworry is a property whose name will be familiar to many superfine wool growers, being the home since 1983 of the Whyworry Park Merino stud, although since then the property has also built a reputation for its other business - the Whyworry Winery.

The 382 hectare (944ac) Whyworry is owned by Darryl and Robyn Carter, who are selling to retire, ending nearly 80 years of Carter family ownership.

Situated just five kilometres west of Uralla on the Kingstown road, Whyworry is a property of rolling, red basalt hill country, about 50 per cent arable and lightly timbered by yellow box and stringybark.

With an elevation of 1150 metres and average rainfall of 850mm, the property carries a rich pasture mix of sub-clover, ryegrass, cocksfoot, phalaris and fescue, regularly supered and limed as needed.

Watered by 24 dams and two spring-fed creeks, the property is subdivided into 30 paddocks and has typically supported the self-replacing Merino flock of between 3500 and 4000 DSEs.

Structural improvements include the main brick homestead of four bedrooms, a second three-bedroom home, a two-stand shearing shed and yards, a ram shed, machinery and hay sheds, workshop and silos.

In addition, the property comes with a 17.6m x 10m cellar door facility in a garden setting to service the 7ha vineyard with its 15,000-plus vines of red and white cold country grape varieties.

Whyworry is being offered for sale by expressions of interest closing December 18, with recent sales in the district suggesting a likely range of offers on the high side of $7500/ha ($3000/ac).

The same date will also see the auction at Woolbrook of The Tops and Branch Creek, two grazing properties held for more than a century by the Henry family, and being sold now by Neville Henry.

Comprising in total about 726ha (1800ac), the properties will be offered separately, providing useful build-up opportunities for locals.

The Tops, the larger of the two blocks, at about 526ha (1300ac), is situated 20km south-east of Woolbrook and described as semi-open, undulating country of fertile granite formation.

Typically carrying 1600 ewes and 100 head of cattle, the property has clover/ryegrass pastures.

These pastures are topdressed biannually pre-drought, with shelter timber of box and stringybark.

Average rainfall is 900mm and the property is watered by 14 dams and a permanent creek.

Situated 8km west of The Tops in steeper country is Branch Creek, described as an ideal 'wether block', bare except for sheep and cattle yards.