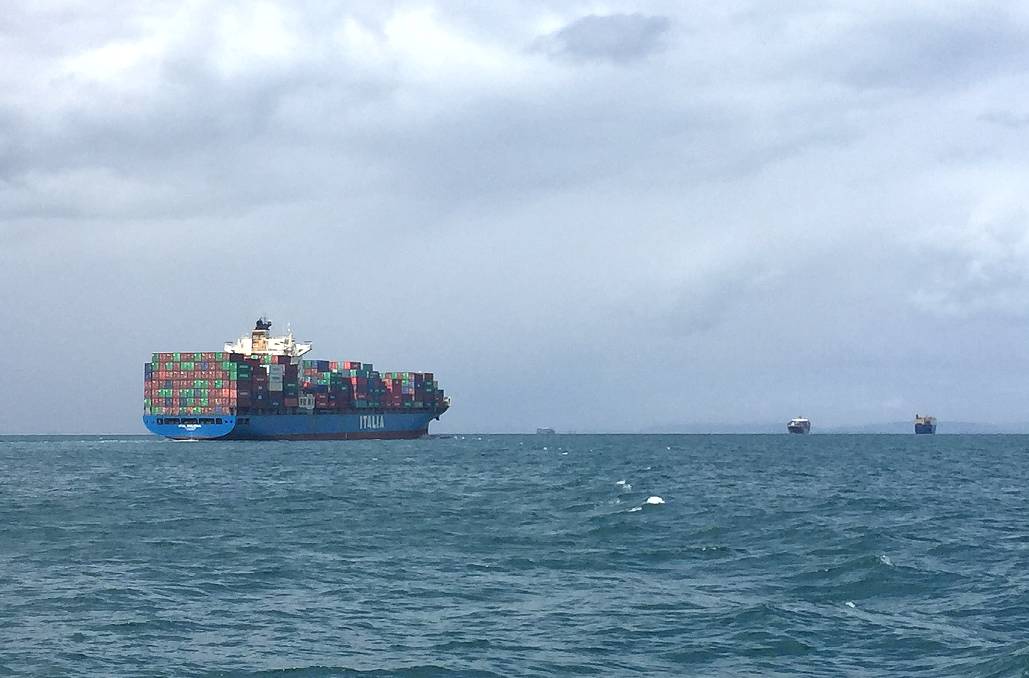 Demand for empty shipping containers is causing headaches for traders with costs passed onto farmers.

A combination of factors has pushed demand for shipping containers to new heights as export grain traders are blocked from the ports.

Inbound cargo from manufacturing countries is flooding the eastern seaboard with shipping containers but export agents are finding it impossible to grab hold of one.

The difficulty has ramped up significantly in the last week, say grain traders eager to export commodity at globally competitive prices.

The economic snap-back predicted earlier in the year is now in full swing and countries who make things - like all of Asia - need to get their goods to market. Boxes are in high demand. In some cases shipping lines are making a clean sweep of ports and sending containers back empty to save time.

Grain traders are being caught out by new container congestion fees of US$300 a box -$25 a tonne - even if they have been packed and driven to port.

Truck rates from the silo to port have gone up during the same period.

While there are more 40 footers, empty and available, with farm machinery typically entering the country in the longer boxes. Traders not already geared up for the longer container are building their depots to accommodate but thee is no guarantee the availability will last for long and even so, getting a ship alongside the wharf won't happen for a while.

Big Australian harvests in years past have caused headaches with berths booked out months in advance but this year it is different.

"You can't get a shipping rate after January 10," Mr Dubey said. "For traders wanting to book slots for February, March or April that is not possible."

Bulk cargo vessels handle most of Australia's grain and there's plenty of them but berths are booked out booked out to mid August at Newcastle and Gelelong. There is a three month wait for ships to enter Port Kembla or Brisbane

"If you book now for eight or nine months' time you don't know what the freight rate will be. Traders are forced into using containers of which there are none," he said.

"It's a lot of things. It's COVID-19, and the strikes at Port Botony but this is not just Sydney and Melbourne. It is the world over."

Industry media has reported that farm products from North America were last month suspended so carriers could send container equipment to Asia - where demand for empty boxes is enormous. Now it is happening here.

Hapag-Lloyd has described the "Black Swan event" as the "strongest increase in (container) demand, following one of the strongest decreases in demand ever".

For import agents dealing with delayed arrivals, and missing containers they also have to contend with returning empty boxes. At Melbourne, for example there is no room to put one down, says importer Ashley Webster, Geronimo Farm Machinery at Cowra who has battled to get foreign made parts to his customers - particularly during this present COVID-19 snap-back.

"We sent a truck down to the port of Melbourne on a Thursday and were told to go home on Friday. The container arrived the following Wednesday."

Mr Webster credits a two decade long relationship with his forwarding agent for solving the almost impossible task for returning an empty container.

"The boats are behind," he said. "They sail past Sydney and stop at Melbourne to drop the lot. Now it's over run Sydney's quicker."

In the Riverina, where an enormous harvest is in full swing, Machallie McCormack, Igrain at Griffith, said growers forced to sell into the system were being frustrated by pressure on prices, and a lack of bidders.

"With headers filling up every 15 minutes it becomes a logistics problem. You can't keep it all on farm. You've got to take some of it into the system. But the prices right now aren't that attractive."

In the north, Stafford Bury, Garah, is celebrating a terrific harvest with a perfect finish. Most farmers in his district are doing the same. He was fortunate to sell some wheat at early harvest prices but warehoused the rest at $295/t. Now it's $265/t. Chick peas that were planted in June are now off the headers but what to do with them remains a concern. This week the price at Goondiwindi fell from $550 to $535.

"It's a gut ache," he said. "I need to sell some of my crop. "This is the first harvest since 2016. I've bought a machinery shed and harvesting equipment. I need the money."

Ironically Australian price has now fallen to become very competitive on the world market so there is plenty of export demand - if only the grain can get access to port.