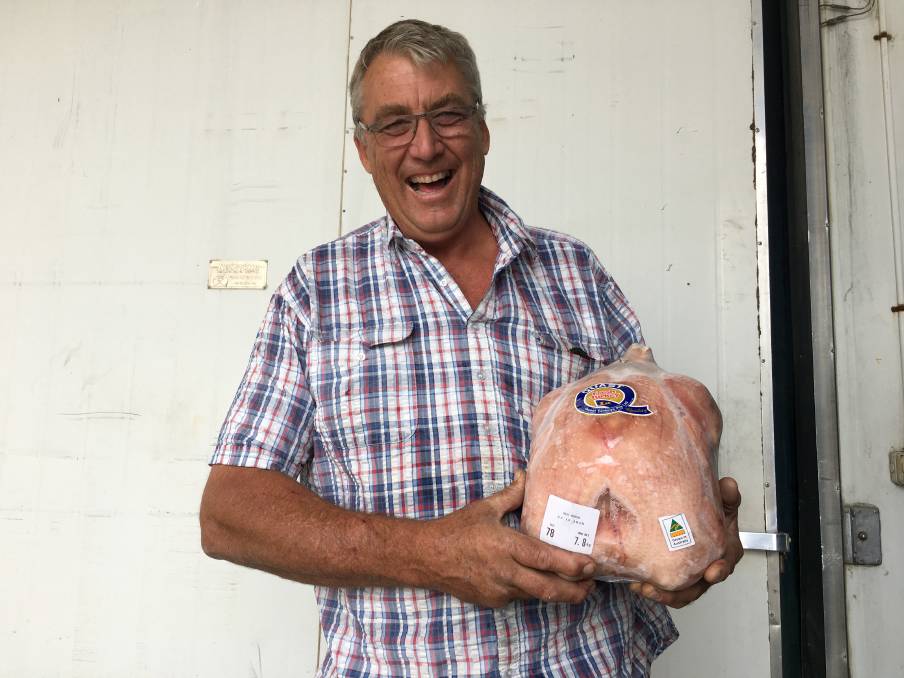 Colin Quast is bracing for the Christmas rush on his turkey farm at Tintinhull on the outskirts of Tamworth. Photo: Billy Jupp

IT is the feature of many people's Christmas Day lunches and 2020 is shaping up to be no exception.

Orders from across the country have been flowing in for turkeys for the festive season and second generation turkey farmer Colin Quast couldn't be happier.

His 80 hectare farm at Tintinhull, on the outskirts of Tamworth, was among those hit hardest by coronavirus-enforced lockdowns earlier this year.

"We do about 60,000 birds a year but because of coronavirus we will be back to around 45,000 this year because our sales basically disintegrated," Mr Quast said.

"A lot of our sales for the first two thirds of the year depend on breast meat, which goes into catering, function centres and a lot of that stuff goes to South Australia, but this year that just didn't happen.

"There was a lot of people feeling pretty nervous coming into Christmas because they just weren't sure what was going to happen or what orders to place, but we have picked up a lot of ground.

"Things have opened up just in time, which has helped us kick a few goals lately and while we'll never make up for what we lost earlier in the year, it's a lot better than what I thought it was going to be." The Quasts had to scale back their production from 60,000 birds a year to 45,000 birds due to the COVID-19 pandemic. Photo: Billy Jupp

"The theory behind that is that we are trying to grow as much of our grain as we possibly can and we use the manure from the turkeys to help fertilize the crops," Mr Quast said.

"The past few years with the drought we've had to buy grain in, which has been an expensive exercise and that's because while 2016 was a good harvest, 2017 was pretty ordinary and 2018 didn't exist.

"In 2019 we had seed that had been sitting in the silo for two years and after we had an inch of rain we thought we'd sow on that.

"We sowed 250 hectares - we got 20 tonne off it and that was only because we wanted to put stock on it, but it went well enough to become the seed for this year, which was handy."

The second of three generations to work on the property, Mr Quast said tradition was important to his family and evidently to consumers.

"There is a lot of cut-up product on the market these days, but the traditional whole-bird market is still really popular, especially around Christmas.

"People still want to sit down and have a whole bird for Christmas, which is nice.

"We sell to pretty much every state in Australia and while Queensland has developed into one of our bigger markets, it's still nice to see people favour the traditional produce."