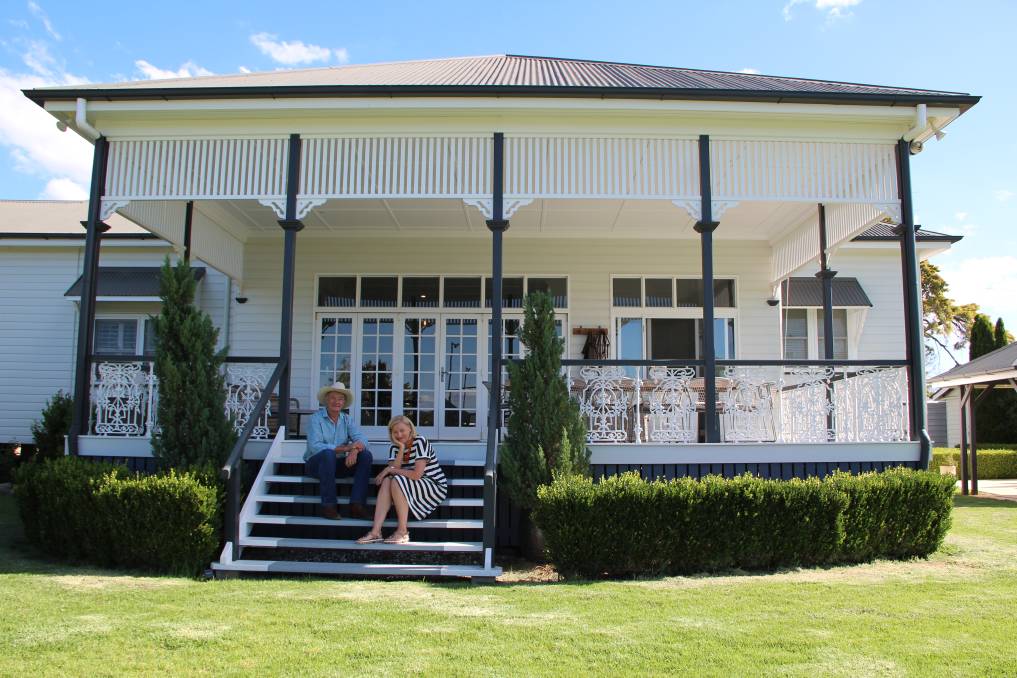 A shift in direction has made it possible for David and Prue Bondfield, Strathgarve, Dalveen, to enjoy more time at home in 2020.

For David and Prue Bondfield, 2020 was the year their home became a sanctuary once more.

The couple have been at the helm of Palgrove, one of Australia's most successful seedstock businesses, for decades.

Under their stewardship, demand for Palgrove Pastoral Company's Charolais and Ultrablack genetics has boomed. They have also transitioned the business from a family operation to a corporate model thanks to a partnership with the New Zealand Superannuation Fund in 2017.

During this time their house and the business were intertwined but the decision to step back from Pagrove's daily operations has presented them with an opportunity to once again enjoy their treasured home.

When you step inside Strathgarve, at Dalveen on the edge of the Granite Belt, you can quickly see why David describes it as the "centre of their universe".

Since its construction after World War I, four families have called Strathgarve home.

"The property was taken up in 1872 as far as we can gather; Strathgarve was earlier known as Glen Hills and we believe that it was renamed," David said.

"The house was probably a cottage here back then and the main house was constructed some time later.

"As far as we know, it was built between 1918 and 1921. Whether it took the whole time or not, we don't know, but the same builder built one or two other houses in the district during this period." 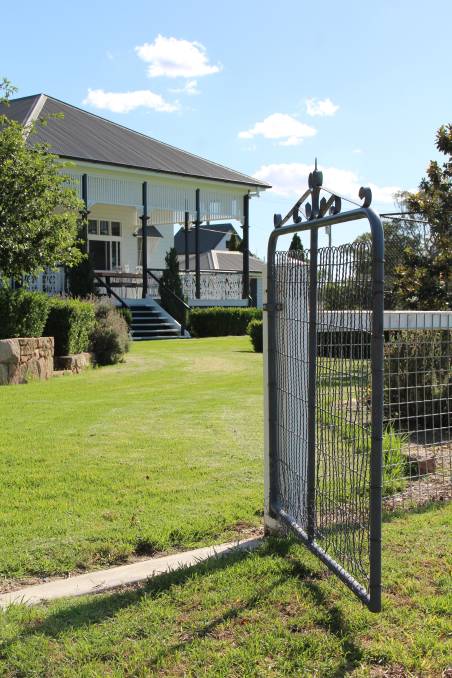 In those days, Strathgarve was very differently configured, with the front entrance at the opposite end of the house and every bedroom had a fireplace.

It was a home David always knew about, growing up a half hour drive away at Palgrove. Along with Braeside, Maryland and Pikedale, Strathgarve was one of the iconic sheep and cattle properties in the district.

"The unusual thing about the house is that even though we are located in the coldest part of Queensland, it was built in the colonial style to allow air to circulate more easily," Prue said.

"We suspect the house was constructed in summer; if they would have built this house in winter, they may not have added the high ceilings and extensive rooms.

"In summer we get a beautiful cool breeze through the house and we almost never need to use the air-conditioning. We have just learned to close rooms off in winter and enjoy the northern side of the house."

Prue said they were "just a couple of young kids" when they bought the property in October 1992.

Prior to that the couple was living with their two young girls in one of the workers' cottages on Palgrove, which they had outgrown.

"About a year beforehand we missed out on a property at Dalveen. Interest rates back then were around 21 per cent and we think fate stepped in when we missed out." 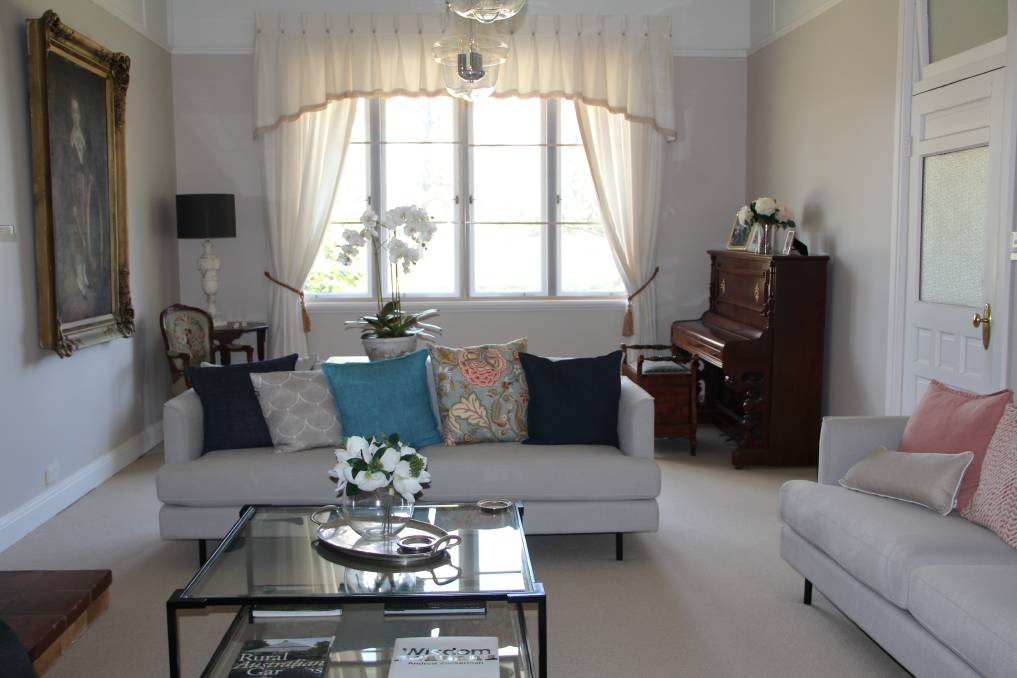 Almost 30 years later, you can still hear the excitement in Prue's voice as she recalls her first visit to Strathgarve.

"I was overwhelmed by this beautiful house and I told David I didn't need to see any more of the property."

In those days the house was quite dark and had a heritage exterior with a red roof, green gutters and mustard walls.

A unique feature of Strathgarve is that it was built as a shared house, with the owner living in one section and the manager living in the other end of the house.

The two kitchens and two distinct reception areas as a result were a huge drawcard for the Bondfields.

"That was perfect for us to have another section of the house that you could divide off for staff, friends, kids' friends - it was just fantastic," Prue said.

You could track different owners in the house through their various alterations like the addition of bullnose verandahs, Prue said, which were later closed in to make bedrooms. 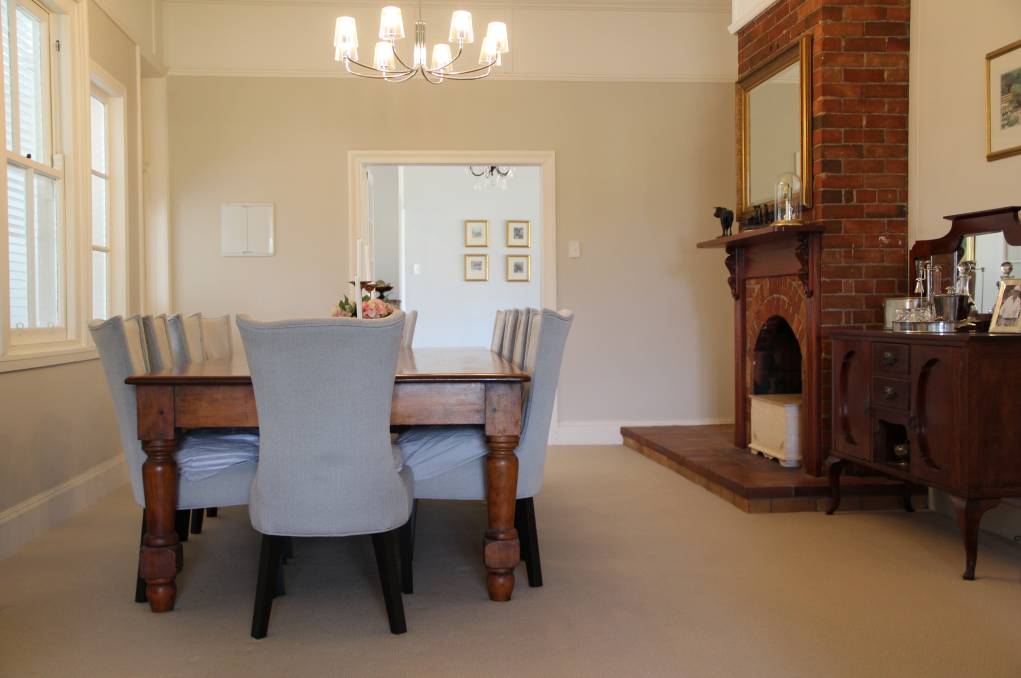 The table at the centre of the formal dining room is scored where Prue's grandfather, who was a tailor, marked out material.

One of the biggest challenges was getting the heating right and with a chuckle Prue shares the story of having the children's bassinets carefully positioned close to the fire screens to keep the babies warm.

"We froze here for the first two winters. It was cold, the heating was just terrible," Prue said.

"The previous owner had a go at doing a combustion heating system through the house, then a gas furnace but neither were successful at warming the house at all.

"Nothing really worked until we got a ducted split system through the whole place."

In 2007 they did a large-scale renovation to open the house up and allow natural light to filter in.

"In a winter environment the northern part of the house is your biggest asset," David said.

"We needed light and we needed windows, so a large panel of glass french doors was incorporated on the northern 'oversized' deck.

"It's a wonderful addition to the house and the area we use the most in winter and summer.

"We take it for granted now but everyone who comes here admires the house and 'gets' our attachment to it."

As the kettle boils for a cup of tea, the couple recount the story of Bob the builder, who moved in during the renovation process but was rather reluctant to leave.

Bob became so attached, they returned home from a trip to find he had created a welcome home message for the family carved out in cheese.

It's easy to understand why as David describes it as "a house where if we go away, we love to come back here".

We take it for granted now but everyone who comes here admires the house and 'gets' our attachment to it. - David Bondfield

Prue said they wanted to work with their climate during the renovation process.

"We wanted to bring the outside in. The kitchen had this one little window you could see through but it was dark with an 'internal' feel.

"Now in the kitchen you can see everything that's going on."

They're quick to point out Strathgarve is not a designer house, it's a home. And it's the one where they raised their three children, Kate, Charlotte and Alastair.

The red, green and mustard exterior has been replaced by chic white and grey tones and they've kept and replicated the original latticework.

"We've worked with our surroundings rather than try to make it look like the Gold Coast or Brisbane," Prue said.

Outside, David said they had incorporated the granite rock into steps, rock walls and the front entrance.

Cultivating the garden has been another project they've undertaken together.

Like many parts of Queensland, the drought has taken its toll on the landscape around Strathgarve.

In 2019, they watched on with dismay as the trees that lined their driveway and the 100-year-old scotch pines died.

There's a story behind everything, like the original gates off the fence that were sandblasted and redone, and the leaning mulberry tree that "gets a foot closer to the ground each year".

"When all the kids were here we had veggie gardens and chooks. We built the tennis court, had cubby houses and made it a family sanctuary," David said.

"Most of our Christmas presents were things like a quad bike or gardening gloves."

Just like the Bondfields, the garden has adapted over the years.

"We love country gardens and a house like this deserved to have a good garden. It just had to have beautiful plants," Prue said.

"We used to race out and do gardening on a Sunday afternoon, now it's kind of nice just to go out early in the morning and stay out there for a couple of hours." 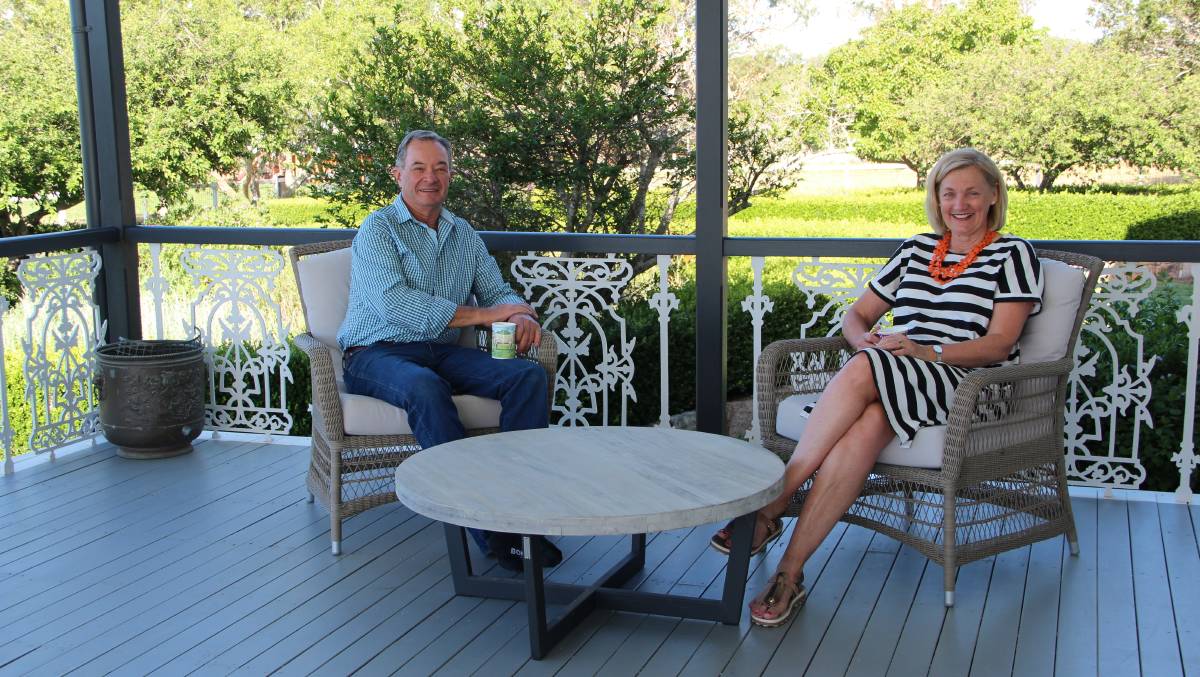 David and Prue relaxing on the deck together.

When visitors arrive, the first place they usually come to is the deck.

"Everyone just loves that view of the property and when you sit out there - it doesn't matter if it's breakfast, lunch, cocktail hour or dinner - it's just got the most beautiful feel," Prue said.

But the deck has also become a place where the couple can quietly reflect on what they've achieved together.

"When country people are focused on their work, it's hard to take the time to appreciate the beauty of the Australian bush. We kind of take it for granted," Prue said.

"So Dave and I now when we sit out there we actually try to think about it a bit and how lucky we are to live in this gorgeous country."

In March 2020, the Bondfields announced they were stepping back from the daily operations of Palgrove Pastoral Company.

They went through a three-year transition process and David said the timing for them to step aside was right.

"Trying to run a business and manage a house in one place is quite a challenge, especially a seedstock business," Prue said.

"We were always happy to accommodate clients who wanted to inspect cattle on a weekend, as we valued their support so much.

"After 30 or so years, it's kind of nice to have the ability to make plans now." 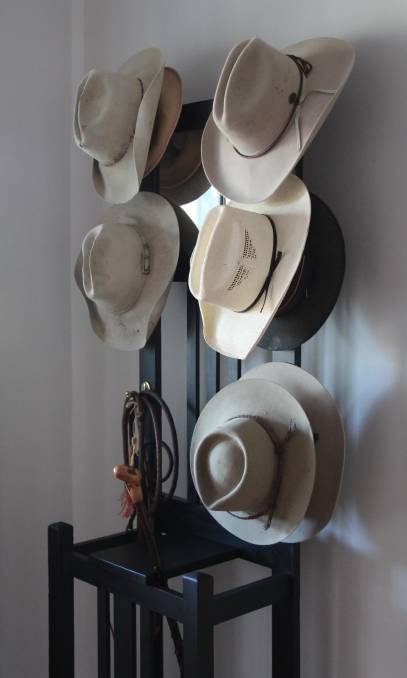 When reflecting on the success of Palgrove, David says, "we knew we wanted to grow and we knew we just had to work really hard to get there".

David said the seedstock business was a seven days a week commitment, and that meant you didn't always have time to relax at home.

He said in order to grow the business, they needed to work as a team.

"David and I would sit at the kitchen table and one minute it would be dinner and the next we'd be doing a strategic plan," Prue said.

"Your whole house kind of enveloped that business. Most people in livestock and farming generally I think would say the same."

Prue described the process of moving from a family partnership, to a family corporate model and then to a corporate entity as like a child growing up.

It was a transition many people said would not be possible but thanks to finding the right partner and "a bit of good luck" they have pulled it off.

"It's extremely satisfying to step back from the business and see that it's being operated so professionally," Prue said.

"That was the plan we had in terms of the succession.

"We didn't want Palgrove to disappear into the sunset, and it would have been so disappointing to disperse the herd, rather than continue to build the genetics business into the future.

"We are fortunate to be able to now sit on the deck and 'watch the wheels' continue to turn."

The story A family home where a legend was etched out first appeared on Queensland Country Life.