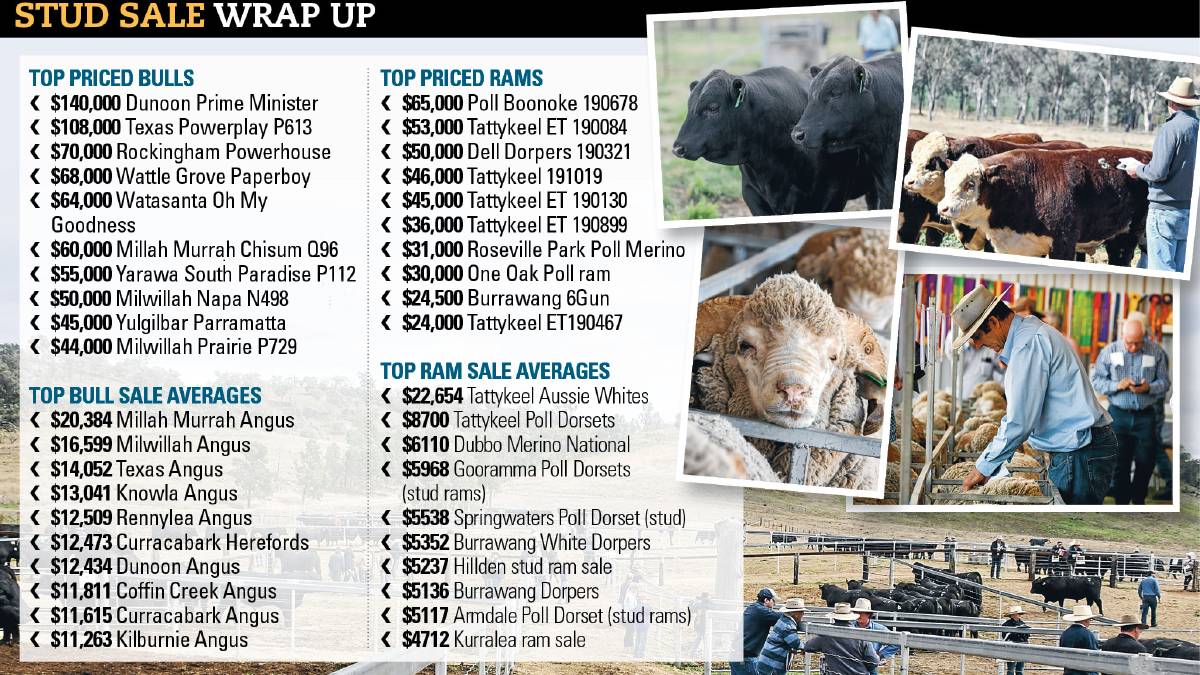 Stud sale results for NSW were well up on last year with some going as far as breaking world records.

Looking back on a giant stud sale year.

Just 12 months ago auctioneers could be heard uttering the same welcome speech at stud sales across the state: "They won't be this cheap when it rains".

How right they were.

With producers finally able to catch a break after continuous drought, their confidence flowed into the auction ring in 2020 and lifted the standard for bull and ram prices.

In 2019 vendors were applauded for averaging more than $2000 at a stud ram sale and eclipsing a $7000 average was a mean feet for bull sales.

But the record books were rewritten this year and commercial cattlemen in particular helped set a new value for genetic improvement.

Restockers looking to maximise the potential of their heifer or cow purchases were among those boosting the demand much quicker than many in the industry had expected.

In the bull selling ring it wasn't uncommon for the average sale to even out at close to $10,000 compared with the year prior when only three NSW stud bull sales eclipsed that mark.

Again it was Millah Murrah Angus at Bathurst who topped the state's average prices and broke an Angus breed record when 78 sires made $20,384.

Nine of the top 10 bull sale averages were held by the Angus breed with the only outlier the run of 19 Hereford bulls from Curracabark stud near Gloucester that averaged $12,473.

Bull prices peaked at $140,000 for Dunoon Prime Minister offer by the Harbison family of Holbrook and secured by Jim and Jackie Wedge, Ascot Angus, Warwick, Qld, the Bateman family, Gilmandyke Angus, Molong, and the Burton Taylor family at Kennys Creek Angus, Boorowa, back in August. 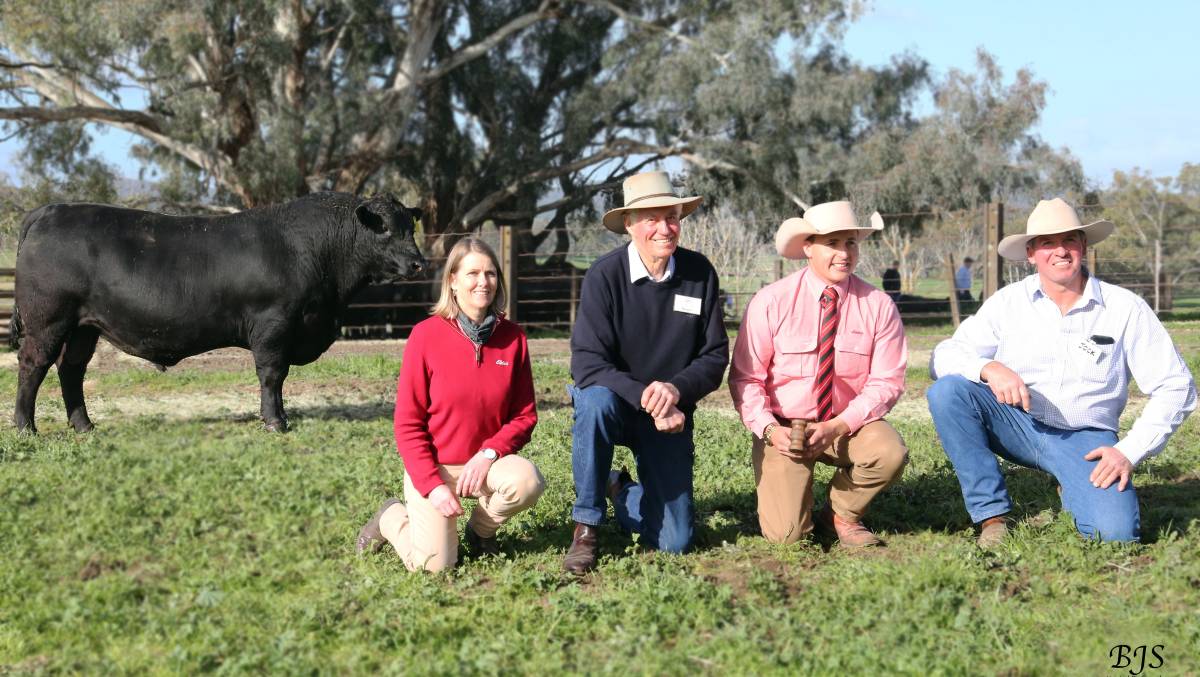 Just a few weeks ago he took up his position in the Ascot herd after entering semen collection a few days after the sale where he produced a large quantity.

A lot of it was for the buyers own use but select packages were also sold to some studs around Australia and semen was dispatched to New Zealand in early December.

"It's very hard to get bulls with that physical structure and fleshing but also with high IMF (intramuscular fat)," he said.

"His docility and his feet and leg structure is great. All round he is one of those bulls you get that put it all together.

Three NSW Santa Gertrudis bulls featured in the top prices this year along with Speckle Park and Herefords. The high price of restocker cattle worked in the favour of the sheep industry which was able to attract new players and evidently helped some rams make just as much as bulls.

Vendors who may have struggled to reach a full clearance in previous years were not only sucked dry of their catalogue offering but any paddocks of flock rams were also quickly emptied.

The highest price of $65,000 was paid in a private deal just before the Poll Boonoke ram sale.

Haddon Rig stud, Tenandra, could see the value in PB190678 who was withdrawn from the Adelaide ram sale due to travel restrictions.

But undoubtedly the biggest talking point in the ram sheds this year was the dominance of the Gilmore family, Tattykeel, Oberon, who had five of the top 10 ram prices in NSW.

The "sale of the century" saw buyers from all states and even overseas in Dubai throwing their hats in the ring. At the time of the sale James Gilmore said it showed the strength of the breed and where it was headed.

Their Poll Dorset sale was the second highest average in the state at $8700.

In a year of recording breaking feats a special mention must go to Holbrook's Tom Bull who held the highest grossing single vendor stud sale in Australia when just over 1200 Lambpro rams averaged $3295 and grossed $3.977 million.