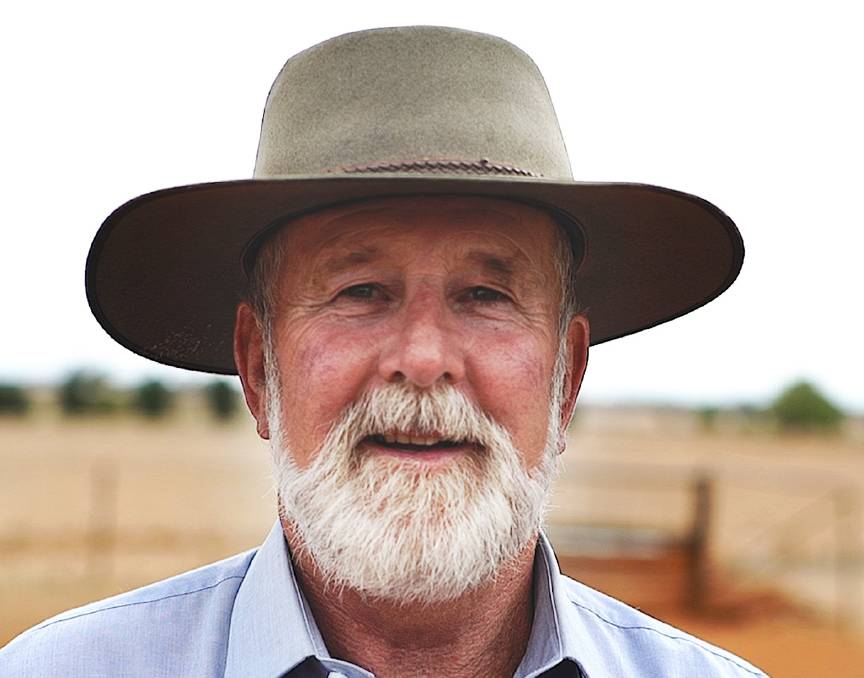 Parkes sheep producer Ken Keith is a firm believer in benchmarking projects and objectively testing his wool to make profitable genetic gains in his flock.

Calculating the real-time value of your sheep can pay-off when checking breeding emphasis.

Getting a good handle on the real financial value of your sheep at a particular time can be hugely beneficial in determining if your breeding emphasis and stock management are on-track.

Wether trial information and using objective measurements can help to generate that data, weighing-up the economics of a wide range of profit-driving traits for an individual business and benchmarking a flock's performance against others - in and outside of the local region.

Ken Keith is a strong advocate of these tools and was instrumental in setting up the Parkes Pastoral Agricultural & Horticultural Association Wether Trial in 2019.

He was one of 11 local Merino producers, representing nine bloodlines and a range of wool types, to enter a team of 12 sheep and he topped the financial performance results after the first shearing in August this year.

His wethers had an average body weight of 76.9 kilograms - the heaviest of the trial groups - and cut 7.9kg/head (greasy) of wool, which measured 17.8-micron in average fibre diameter and had a yield of 72.1 per cent. The team's overall value was $66.48/head.

Across all 11 teams in the trial, the wethers cut an average 8.4kg/head (greasy) of wool, with an average yield of 70.7 per cent.

NSW Department of Primary Industries researchers crunched the numbers and, based on market prices at the time of shearing (when the wool market had been hit by COVID-19), they found the average value of wool produced per head was $57.57.

Mr Keith, who farms with his wife Susan just west of Parkes on the 750-hectare property "Stanleigh", said their wethers did not have the finest wool or the heaviest fleece weight of the teams. But he said the combination of the two made the difference.

For the past 20 years, the Keiths have been consciously breeding and measuring to increase wool cuts and reduce fibre diameter in their Merino flock, with more emphasis on fleece weights in the past five years.

"This appears to be paying-off in today's commercial sheep environment," Mr Keith said.

"We really started fining-down our flock after participating in a Holmes Sackett benchmarking database project that highlighted the financial rewards of going down that path.

"We like to be guided by economic analyses to work out how we can best optimise returns per hectare from our sheep." 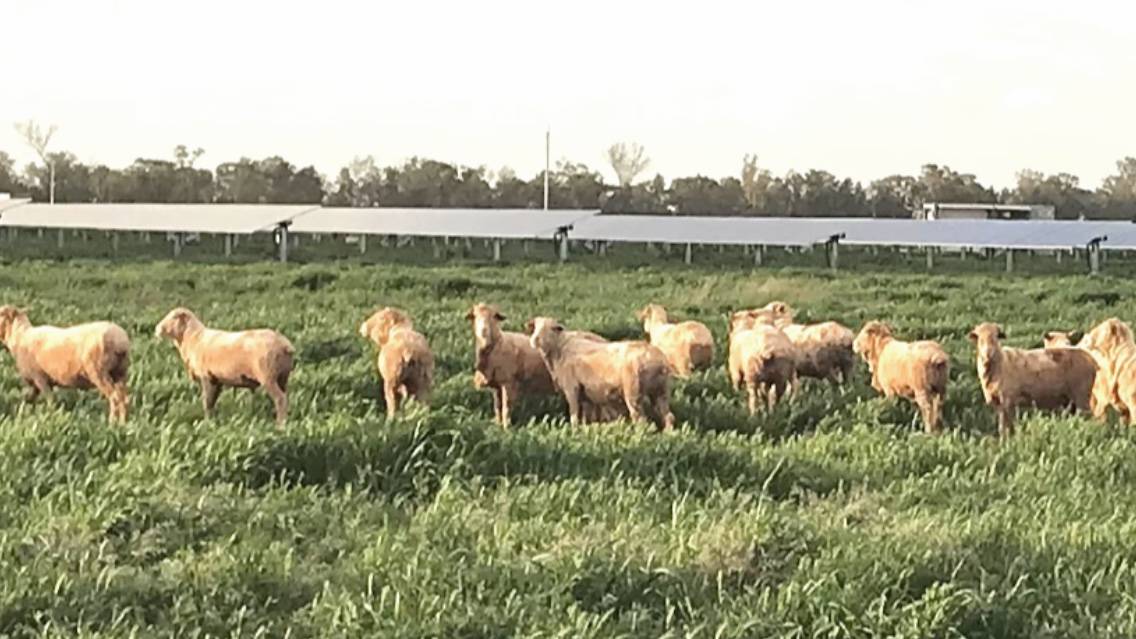 The Keiths topped the first year shearing results in a local wether trial that includes teams from 11 Merino producers, representing nine bloodlines and a range of wool types.

The Keith family has been producing wool for almost 100 years in central NSW and now run a 1800-head fine wool flock, based on Cressbrook Merino genetics.

About 600 of the higher micron and lower fleece weight cull ewes are mated to Border Leicester rams annually for prime lamb production.

Their average adult Merino sheep produces a wool yield of about 65-70 per cent, with an average fibre diameter of 17.5-18-micron, staple strength of about 35 Newtons per kilotex and staple length of about 100 millimetres.

The Keiths also crop cereals, canola and lupins in winter, but are scaling-back this enterprise and focusing on re-building sheep numbers after three long years of drought from 2017-19.

"We hand-fed our sheep for two years, investing heavily in pellets, grain and hay," he said.

"We sold wether lambs and pregnant ewes - for the first time ever - so that we could maintain our best core breeding stock and protect the genetic gains we had made over many years." 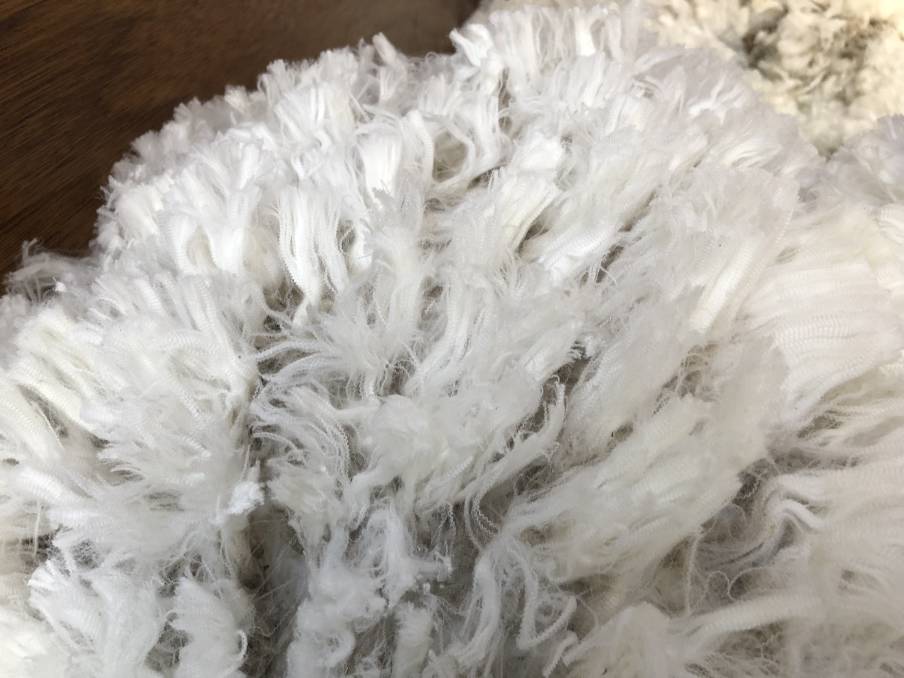 Ken and Susan Keith have used genetics and management to boost their wool production by about one kilogram per head - to 6.5kg/ha - and reduce fibre diameter to an average of 17-18-micron.

In efforts to genetically boost wool cuts per head, and reduce fibre diameter at the same time, the Keiths fleece weigh and test fibre from all hoggets at the age of about 18-months-old - with 10 months' wool growth - at shearing and use the results as a key selection tool.

They have their own objective breeding index formula, predominantly based on high clean fleece weights and a low fibre diameter.

The top 60 per cent of ewes for these key traits are retained for breeding to Merinos from Lach Fulloon's Cressbrook Merinos. About 35 per cent are diverted to Border Leicester rams for lamb production and the remainder are sold.

Cressbrook Merinos are based mainly on Merryville genetics and the stud uses the MerinoSelect Fibre Purpose (FP)+ selection index, which has a focus on generating income mainly from the quality of the woolclip by improving fibre diameter, coefficient of variation of fibre diameter and staple strength.

Mr Fulloon said this allowed clients to achieve the best possible return on wool over a 10-year period.

For the Keiths, the stud's breeding objectives are paying-off in the paddock.

Their average flock fleece weight has increased by about 1kg/head in the past five years to 6.5kg/head (adult sheep), while maintaining an average fibre diameter of 17-18-micron.

Based on the Parkes-based wether trial results, and experience with the local conditions that can lead to high dust levels at shearing, they don't plan on going finer with their wool in coming years.

Mr Keith said the wether trial was highly valuable to their business in being able to compare their sheep performance against others in the district, with results based on current commercial sheep and wool prices.

"All wethers are run under one management regime, so it is an equal-footing benchmark," he said.

"The trial will run for four years, so we will all see how the various market factors impact on our returns in that time.

"This can be a real help when it comes to selecting rams and setting short and long-term breeding objectives to maximise our bottom-line."

When it comes to ram selection, Mr Keith will be heading to Cressbrook Merinos sale this year seeking a good frame size and conformation and Australian Sheep Breeding Values (ASBVs) for fleece weight, fine micron and low wrinkle.

With the breeding goals in place for re-building their flock numbers in the next few years, the Keith's attention has turned to also improving the farm's feed base to optimise sheep nutrition.

In typical years, they use natural grasses, clover and ryegrass for winter grazing and a lucerne-based pasture for green feed in the summer.

Mr Keith said he was confident in his sheep and wool outlook for 2021, as global market trends had started to look more positive towards the end of 2020.

"China remains a big question mark, but we are hoping trade will pick-up when there are global vaccines for COVID-19 rolled-out and restrictions from lockdowns are lifted further," he said.

"When European and Chinese consumers start spending at retail, that will provide a big kick to fine wool demand in particular."

Mr Keith was one of the many Australian woolgrowers to hold wool back from sale at the end of 2020 and he said any sudden release of this producer-held stockpile could be a negative influence on the market. He'd prefer a 'slow burn' release.