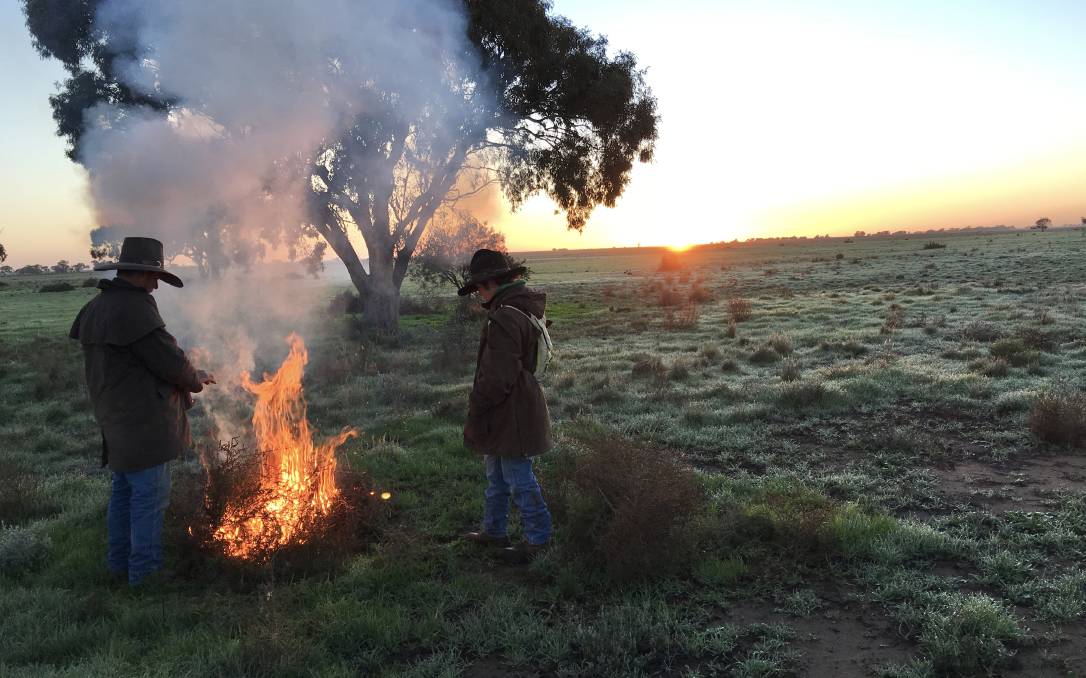 Nothing better than a cuppa over a campfire to start a day droving. Photo: Samantha Townsend

The Land journalist Samantha Townsend looks back on 2020.

Tea connoisseur Mary Lou Heiss once said: "a simple cup of tea is far from a simple matter".

And how right she was.

When I was a little girl my Nanna (great grandmother) had a miniature teacup set that I would play with when I went to her house.

I would make tea for my family, for kings and queens and anyone else who bothered to take tea.

When she passed away I never saw the teacup set again.

But nearly every year my family buys me a tea cup - and it brings back those wonderful memories. 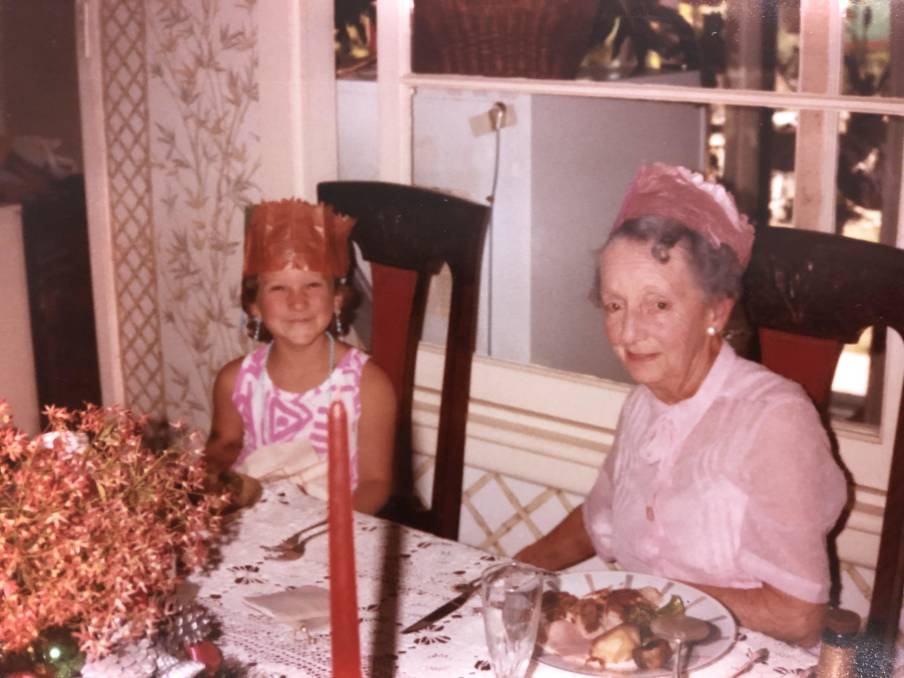 Samantha Townsend's great-grandmother Kathleen Sykes (Nanna) would tell the best stories over a cuppa that she would serve in teacup and saucer.

Who'd have thought a cup of hot water, teabag (or tea leaves) and optional milk and honey would be a symbol for so much more.

Over a cup of tea, I've made some of life's biggest decisions, or have met some of the most inspiring people who have lived extraordinary lives.

Recently, when I had weaned myself off coffee, I decided to hang up my reporter hat after 21 years as a newspaper journalist.

That decision was also over a cup of tea (peppermint this time), but I would also soon realise just what I was leaving behind.

In what would end up being only a short but sweet hiatus away from the hustle and bustle of the newsroom, I had the opportunity to reflect and realise a few things.

The grass on the other side isn't greener (although the 800mm of rain we recently received might help), I'm passionate about agriculture and I love telling people's stories.

The Land journalist Samantha Townsend reflects on 21 years as a newspaper journalists and the brief hiatus away where she learned how to surf.

I also used that time to learn how to surf and was amazed I could actually stand up after being left in "a good paddock" during COVID-19 restrictions.

Journalism is a career where you can step into a stranger's loungeroom for a cup of tea, have a yarn or two about their life and walk away as life-long friends.

Even in the most dire of circumstances, farmers have shown to me they would give you the shirt off their back if you needed it.

In two decades, I've been invited into countless homes from Tibooburra to Tilpa where I've been offered everything from a cuppa, a cold tinnie, a dog, a bed, a roast dinner and pecan pie.

The kettle boils as you stand in the kitchen overlooking a paddock. The tink tink of the cup is the only sound as the farmer stirs the tea with a dash of milk.

You take a sip and then start chatting. The hot brew has broken the ice.

Not only do you hear about their season, but you also find out what class their kids are in at school and how aunty May has taken out the trophy for five consecutive years with her secret family jam recipe.

In that moment, over that tea, you can really find out about a person and why they live on the land. It's the best part of the job.

At West Wyalong a group of farmers battling drought in 2007 put on an afternoon tea that would give the Country Women's Association scones a run for their money.

In that same year I turned up to a farmer's property, who, despite destocking his farm that had cracks the size of surfboards, put on a lamb roast with all the trimmings.

Another time, when I was heavily pregnant myself, and over a black brew boiled on a campfire due to a power outage, an old drover at Ivanhoe told me the story about how she rode her horse 50km to hospital to have her baby.

Tea and sandwiches were again on offer at Walgett in the drought of 2014 where the heavens finally opened during the interview and we all danced in rain.

This year was no different.

When 2020 kicked off with bushfires, and then rain as the long road to recovery began, people opened up about what they had lost among the ashes of their home over a cup of tea. 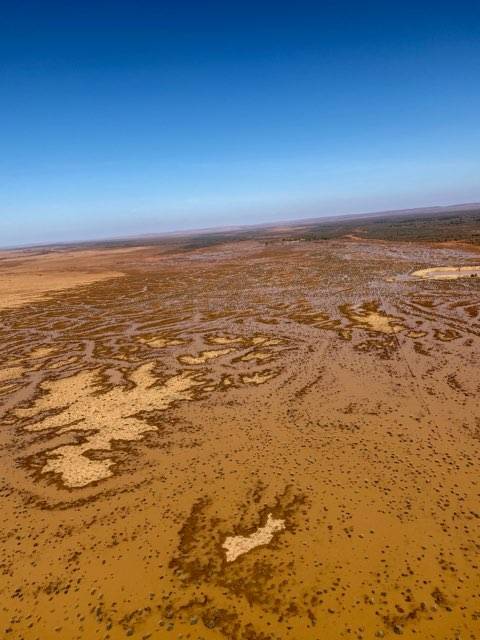 A view from the air by Jamie Henderson from Stock and Station Aviation.

Even in the coronavirus lockdown when we couldn't travel to meet face to face, a cup of tea wasn't far from the laptop as I spoke to outback chopper pilot Jamie Henderson about his job with Stock and Station Aviation.

Jamie painted the picture of the exact moment much-anticipated floodwater washed down the parched Darling River for the first time in years.

He described the same landscape that turned from red dust to green as rainfall replenished life on the rugged terrain.

"It's hard to describe in words, you have to see it to believe it ... a picture says a thousand words as you know, but it still doesn't do it justice," Jamie said.

"There is no doubt drought has been tough in the western division but from the air it brings a certain beauty." 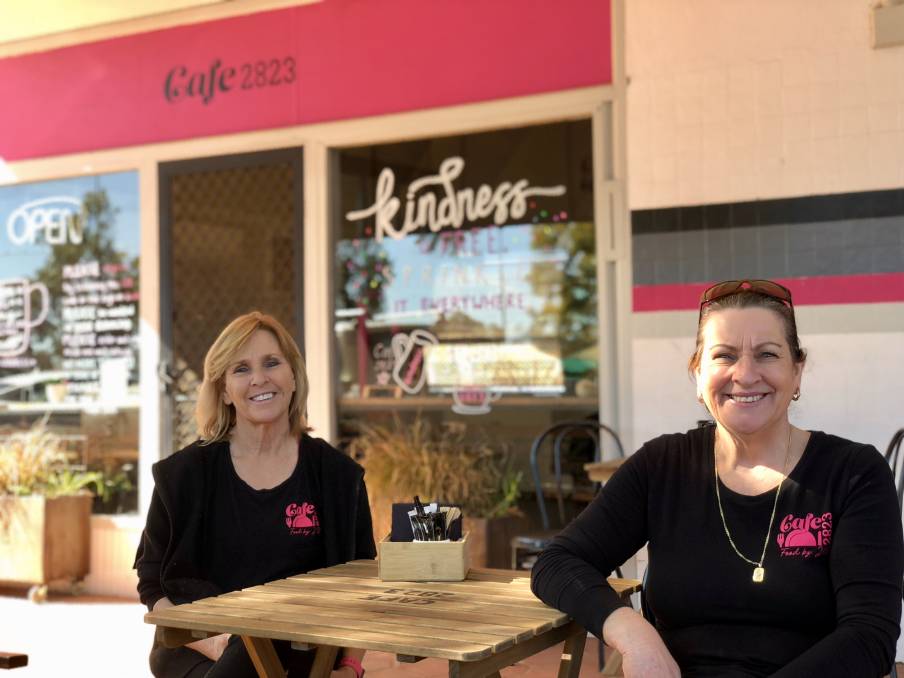 Further east when a community lost a young son, it was a hot brew that spread joy throughout the town of Trangie.

Instead of sending flowers, Cafe 2823 at Trangie wanted to do more so its owners offered random acts of kindness in the form of a cup of tea or coffee with customers shouting a stranger their order.

"In these awful times of coronavirus there is still so much kindness and happiness we can generate by giving someone a cup of coffee," said owner Dee Carney.

And while I was eating dinner on another occasion so too was The Flying Vet Ameliah Scott who had just finished her day, travelling hundreds of kilometres servicing outback stations from ground and air.

As we chatted about what she comes across on a typical day, Ameliah spoke proudly about being a fifth generation pastoralist near White Cliffs - and that nothing beats working in her backyard - even if it is the size of a small country.

This was one of the last stories before my brief stint away from journalism, and little does Ameliah realise that it was a conversation we had after the story featured in The Land that cemented why I love being a journalist.

As journalists we don't often get phone calls of support and when you do they are few and far between. But her words have never left me.

She thanked me for doing the story and said "you don't realise what this means to a small business".

While a cup of tea won't wash away the challenges of 2020 where many of us have faced bushfires, drought, flood, COVID-19, homeschooling or all five, it's good to reflect.

Whether you like it strong, weak, milky, with two sugars, or none - pour yourself a cuppa, look back on the year and realise we've all made it through. 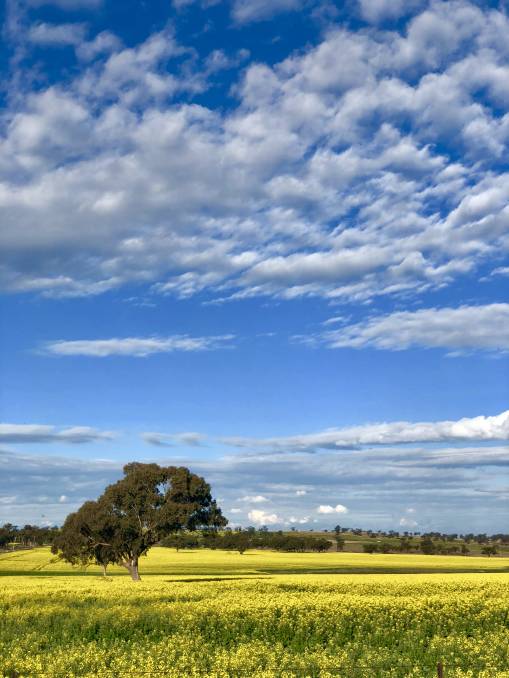 Driving from Newcastle to Trangie the landscape is a far cry from the dusty paddocks of last year. Photo: Samantha Townsend