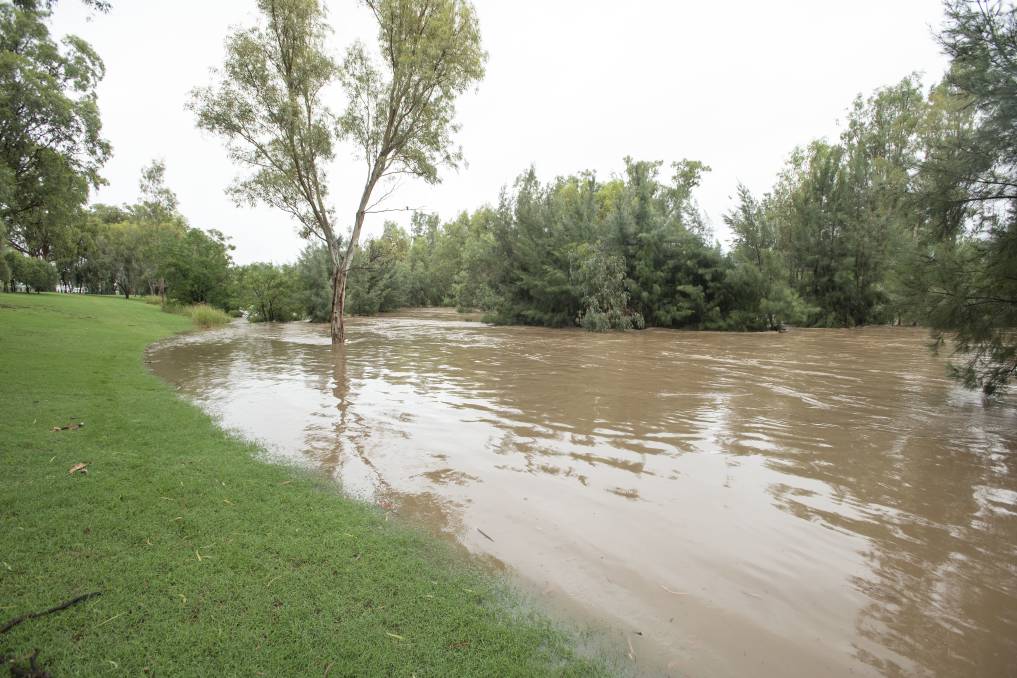 It's been a wet Christmas for many parts of the state including Tamworth. Photo: Peter Hardin

It's been a wet weekend for several parts of the state.

Parts of greater Sydney were battered by storms resulting in wide-scale property damage, while other parts of the state were treated to hail and thunderstorms.

The silver lining of the unsettled weather was the amount of rainfall falling in some of the state's catchments.

Water NSW is reporting the state's regional dams enjoyed a total boost of 0.5 per cent from last week, to sit at a total of 52pc.

On Monday morning, Water NSW reported that Split Rock and Keepit dams, in the state's North West, were sitting at 6.9pc and 33pc respectively.

However, the number is expected to jump later in the week as wide-spread showers covering the western and north western parts of the state continued throughout the day.

The falls come after the Bureau of Meteorology recorded 10mm at Tamworth Airport overnight and after Chaffey Dam ticked past 40pc capacity on Christmas Day.

However, it was BoM's Kerewong station near Port Macquarie which topped the state with 54mm on Sunday.

More rain is needed to boost some of the state's northern catchments such as Copeton Dam (14.3pc) and Pindari Dam (13.1pc).

BoM is expecting showers and storms to continue for much of the state during the coming days.