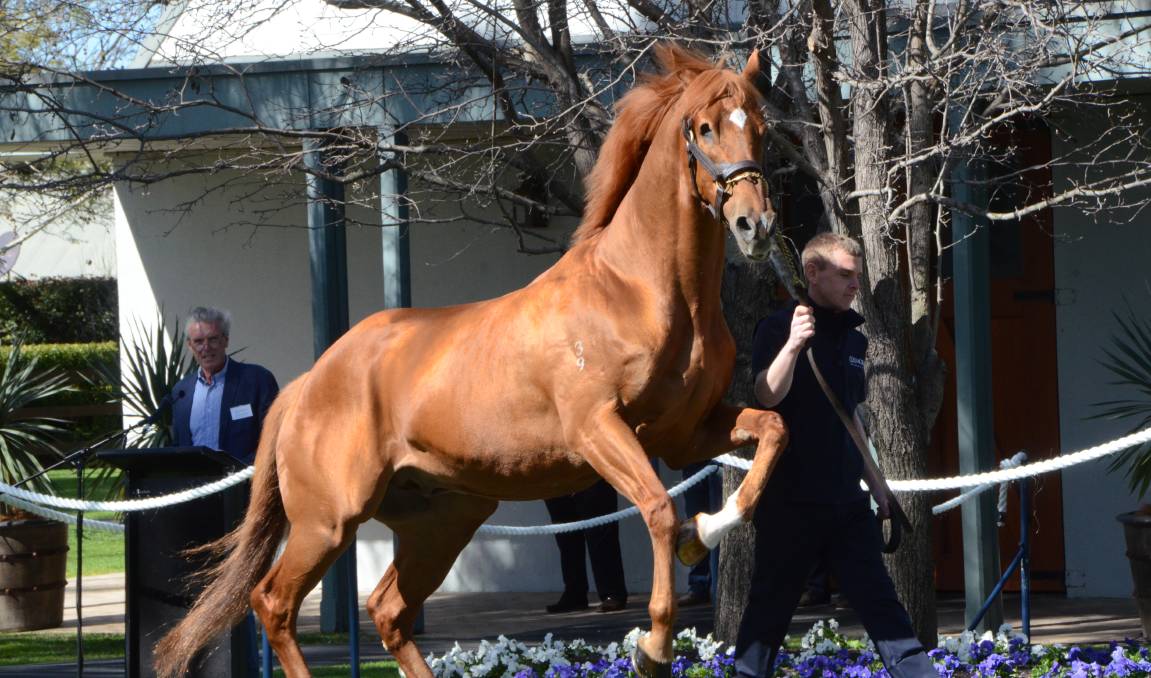 While losing an eye through injury about seven years ago, Choisir was still frolicking about when on parade at Coolmore Stud, Jerrys Plains, in 2016. Photo Virginia Harvey

A well-deserved retirement for Choisir

FORMER globe-trotting modern-day pioneer, Choisir has joined stable-companion Encosta de Lago in the "retirees-paddock", with news that the chestnut stallion has been pensioned from stud duties and will live out his life at his long-time home of Coolmore Stud at Jerrys Plains.

A son of Danehill's outstanding sire son Danehill Dancer, Choisir was a brilliant juvenile winning the AJC Breeders' Plate-LR on debut, followed by the Skyline Stakes-G3, then followed with thirds in the Golden Slipper-G1 and Champagne Stakes-G1, and second in the Sires' Produce Stakes-G1.

Following his brilliant win via the rails in the VRC Lightning Stakes-G1, his Newcastle trainer Paul Perry hatched a plan to take-on the world's best speedsters in England contesting its prestigious sprints at Royal Ascot.

That the colt did brilliantly, winning its famous sprint double of the King's Stand Stakes-G2 before backing up four days later to win the Golden Jubilee Stakes-G1 in 2003.

As well as standing eight northern hemisphere stud seasons at Coolmore Stud, Ireland, Choisir has been a stalwart stallion at its upper Hunter Valley property since retiring to stud in 2003.

"He has been a great stallion at Coolmore for many years, siring stakes-winners from each of his 14 southern hemisphere crops racing and 11 individual Group I winners among 97 stakes winners worldwide," said Coolmore's Australian based principal Tom Magnier. 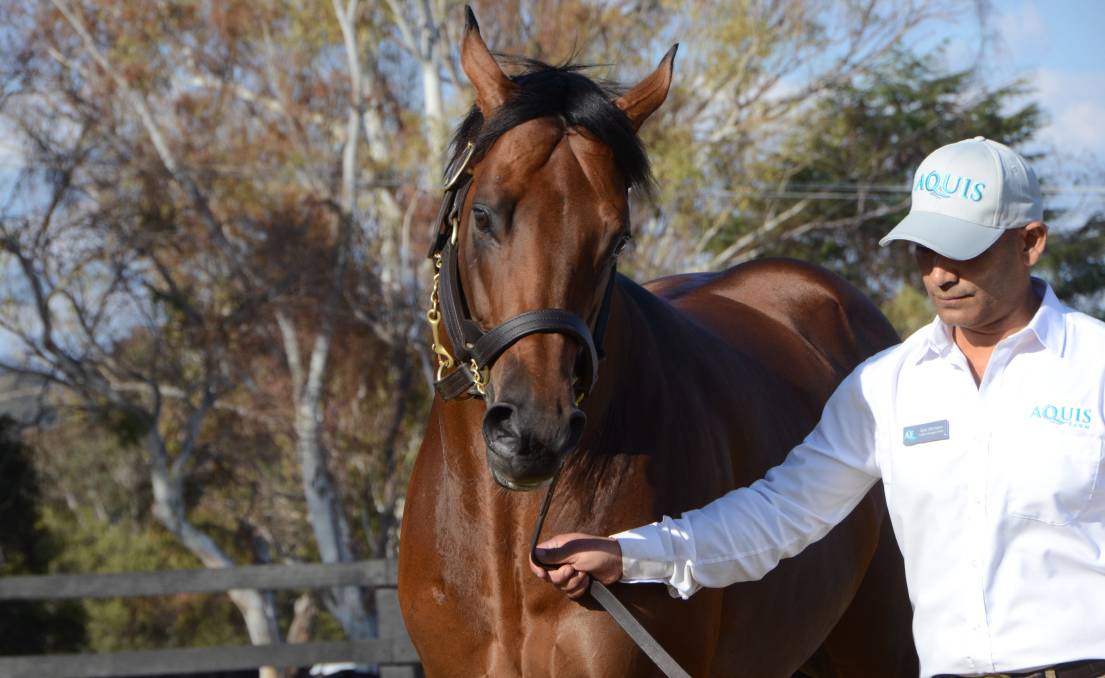 A recent addition to this tally is South African galloper Hudoo Magic, which won the Charity Mile-G2 at Turffontein.

His progeny is headed by Group 1 winners including Sacred Choice, Japonisme and Choice Bro, and Australian bred sire-sons Starspangledbanner (who is finding stud success standing at Rosemont Stud in Victoria), and the younger Aquis Stud based pair Divine Prophet and The Mission.

Then there is the Irish bred northern hemisphere-based Group 1 winning sire sons Olympic Glory, and The Last Lion, who both formerly shuttled to NSW.

Among Choisir's Queensland based young sire sons include the dual Group winner Defcon (at Eureka Stud), and Worthy Cause, the latter quick off the mark with his first winner as a sire when juvenile filly Ain't She Lovely won at Ipswich last month.

"Choisir is also leaving his mark on the breed through his exploits as a broodmare sire, with 18 of his daughters producing stakes winners, headlined by four top-flight winners including this season's July Cup-G1 (Newmarket, England) winner Oxted." 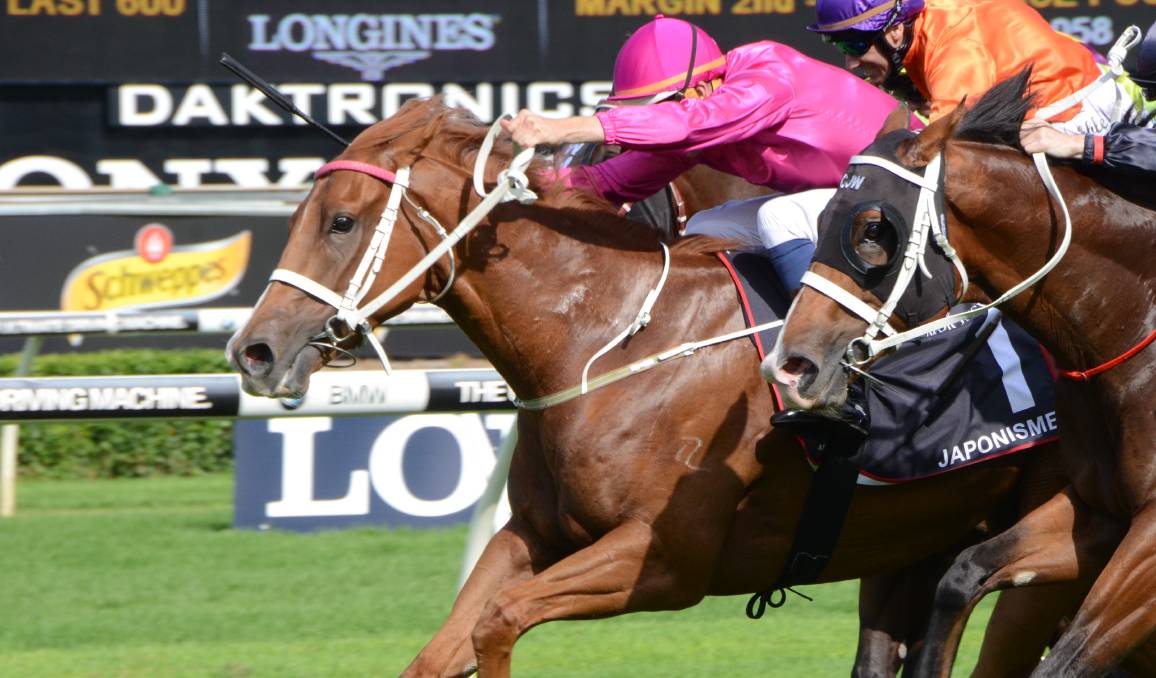 Mr Magnier said that industry participants will be seeing his name in pedigrees for many years to come.

"He is happy and healthy and will live out the remainder of his days in the stallion barn at Coolmore where he loves his routine."

Dylan off the mark

THE central district's plethora of Stanley families in racing, added another name to the history of successful family jockeys when 18 year-old apprentice Dylan Stanley won his first race at Narromine last month. Dylan rode The Long Run to win the 1300 metres handicap, and which was trained by his grand-father Peter, a former top country hoop. Apprenticed to Cody Nestor at Dubbo and trainer of The Long Run who was cheering on, Dylan's father and former jockey Daniel Stanley, was clapping from the sidelines.

A new Inglis digital record was created last month when the Sydney headquartered company revealed that broodmare Small Minds, was knocked down for $410,000 at its November Online Auction.

Offered by Goldin Farms, the SAJC Schweppes Oaks-G1 winning mare (who is in foal to young O'Reilly stallion Grunt) sold to Sandhurst Bloodstock on behalf of Victorian located Rosemont Stud.

Already dam of So You Think stakes winner Beautiful Mind, Small Minds has come into the spotlight as the dam of juvenile Fastnet Rock filly Sneaky Five, winner of her two career starts and earner of $883,000.