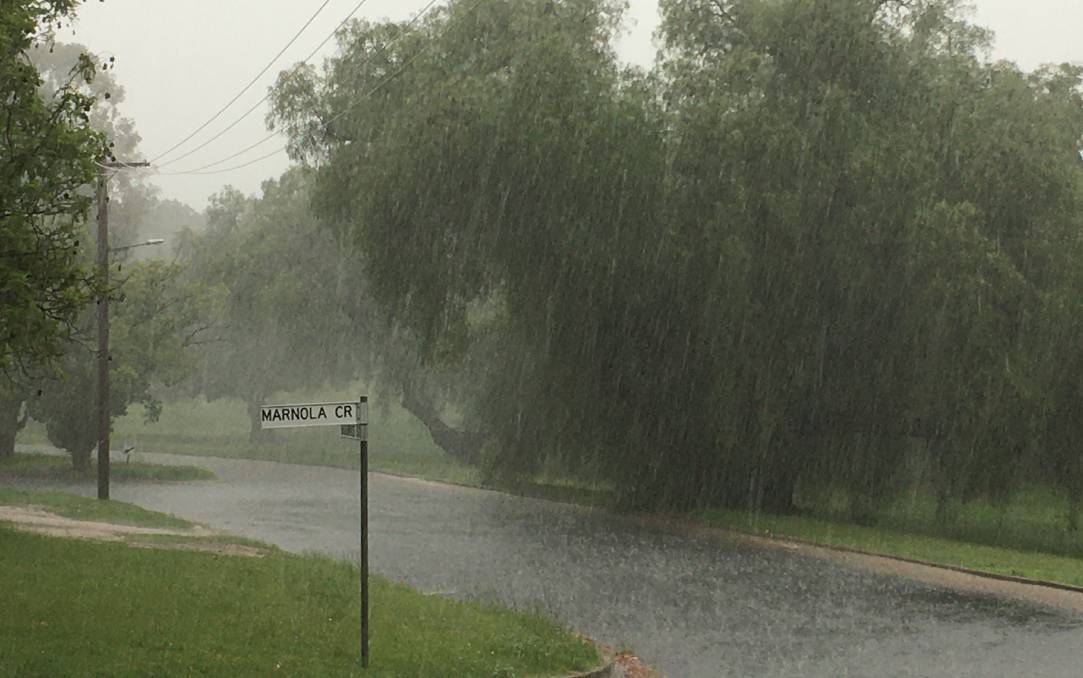 Tamworth was drenched by a downpour of rain on Tuesday afternoon and evening. Photo: Billy Jupp

TAMWORTH is just a light shower away from breaking the record for its wettest December since 1947.

The city is just 3mm shy of the record after a storm on Tuesday afternoon dumped 18.8mm at the Bureau of Meteorology's (BoM) Tamworth Airport weather station.

Despite the healthy total at the airport, other parts of the region received as much as 40mm, causing buildings like Carmen's Restaurant in Kingswood, on the southern side of Tamworth, to be flooded, while many roads were closed off.

The downpour was good news for the region's catchments as Split Rock Dam rose by 1 per cent as a result.

The BoM's Repentance, Nashua and Alstonville weather stations, near Lismore, topped the regional areas with 106mm, 106mm and 102mm respectively, while the Terry Hills station near Sydney recorded 105mm.

Much of the state's western regions weren't quite so lucky with the Fenton station near Mungindi fairing the best with 51mm.

However, BoM's NSW forecaster Melody Sturm is predicting more storms for much of the state for the remainder of the week and into the weekend.

"We will see this cloudy and showery weather continue for at least the next week, but mainly in the next few days we do see the increased potential of thunderstorms, especially in the far west of NSW."