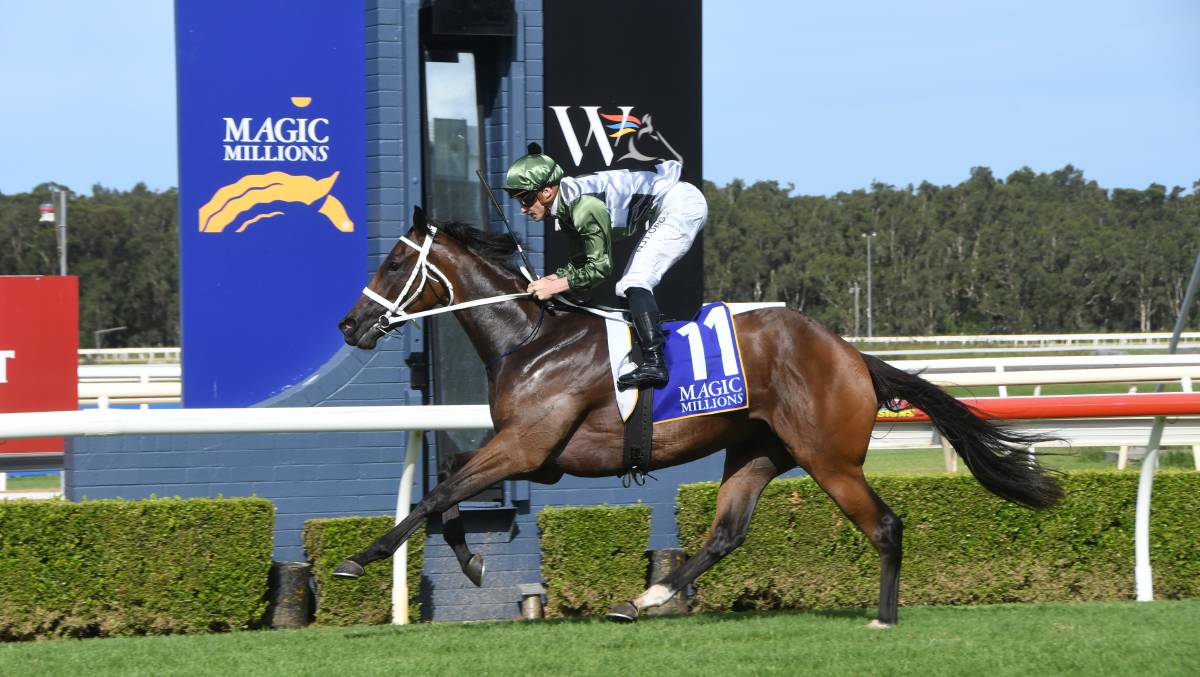 PLACED at her Sydney debut, She's All Class lived up to her name with a stunning five length victory in the $200,000 Wyong Magic Millions Two-Year-Old Classic at Wyong.

Now a renowned pinnacle for juvenile racing, the race is among the celebrated Gold Coast Turf Club's annual $10.25m race-day scheduled for Saturday January 16 and coincides with the Magic Millions January Yearling Sale - these venues lying adjacent to each other in Bundall.

Restricted to Magic Millions Bloodstock sale graduates, She's All Class is prepared by master-conditioner Chris Waller, and is a $200,000 purchase for part-owner Brae Sokolski from the Yarraman Park, Scone, draft.

Not A Single Doubt colt, Farnan won the Wyong juvenile classic last year, and followed to win the Golden Slipper Stakes-G1 at Rosehill this year.

Other past Wyong Classic winners - Karuta Queen (2010), Unencumbered (2013) and Capitalist (2015) also went on to take the Two-Year-Old Gold Coast Classic in the new year. Edinburgh Park offers 20 catalogued lots at the Magic Millions Gold Coast Yearling Sale, which for the first time will be conducted over seven consecutive days from Tuesday, January 12.

The new year extravaganza consisting of 1273 catalogued lots, includes a record 962 lots offered in Book 1 which as usual concludes with the Saturday evening session.

Eleven Eleven has been a great advertisement for Edinburgh Park, the four-year-old now vying for a start at next month's coveted Gold Coast meeting to add to his $1.4m prizemoney.

The four-year-old can be grouped with another Edinburgh Park graduate Glenfiddich, winner of the MVRC Bill Stutt Stakes-G2 at Moonee Valley in September.

According to Mr Smith - who has been selling yearlings at the Magic Millions since 2007, he has an exceptional draft and which includes relations to Glenfiddich.

"We own a lot of mares in that family that we sourced in America and we have three close relations to Glenfiddich going to the Magic Millions; this started way back when (home-bred and sold) Silent Witness was world champion - one of the first horses we bred," Mr Smith said. 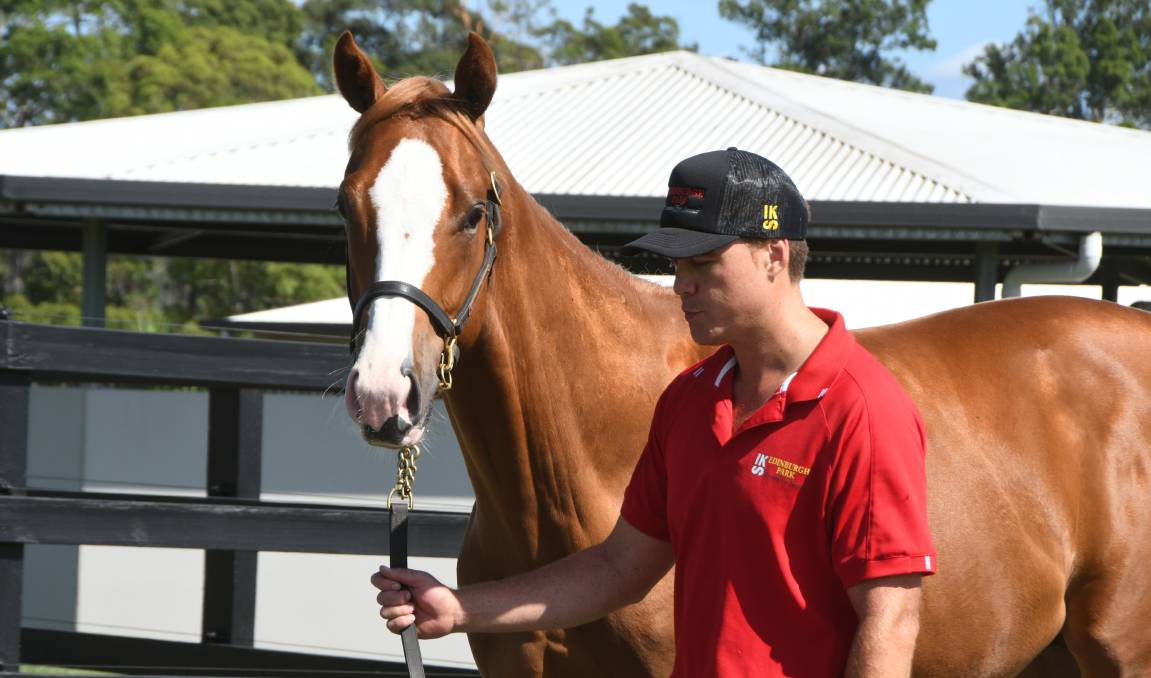 Edinburgh Park's Not A Single Doubt-Serena Bay colt (with Richie Hughes) which is bound for the Magic Millions Yearling Sale. Photos Virginia Harvey

"Another star is Rubisaki, she won six or seven in the autumn and hopefully will get a Group 1 (race) that she deserves."

A four-year-old by Rubick, Edinburgh Park's home-bred and sold Rubisaki has won eight races and $1.15m to date. "We have yearlings by quality stallions - Not A Single Doubt, I Am Invincible, Written Tycoon, and have an exceptional colt by Exceed And Excel out of Quiet Kitten, the first foal of a Kitten's Joy mare, and close relation to Glenfiddich."

Interestingly Australasia's first yearling sale of the selling season has two yearlings each by last year's champion US sire and based Into Mischief, and leading Japanese bred and located sire Lord Kanaloa, bred to southern hemisphere time.

Storm Cat great grandson, Into Mischief is highlighted with a grey filly from stakes placegetter Flashy Gray to be offered via John Muir's long-established and successful Milburn Creek, Wildes Meadow.

Sire of last season's Group 1 winner Tagaloa, Lord Kanaloa has found fame as the sire of northern hemisphere super-mare Almond Eye which finished her career with a second Japan Cup-G1, as well as Danon Smash winning the recent Hong Kong Sprint-G1 at Sha Tin. Another interesting lot by a leading European sire which is represented with a southern hemisphere bred youngster is French Derby winner Lope de Vega.