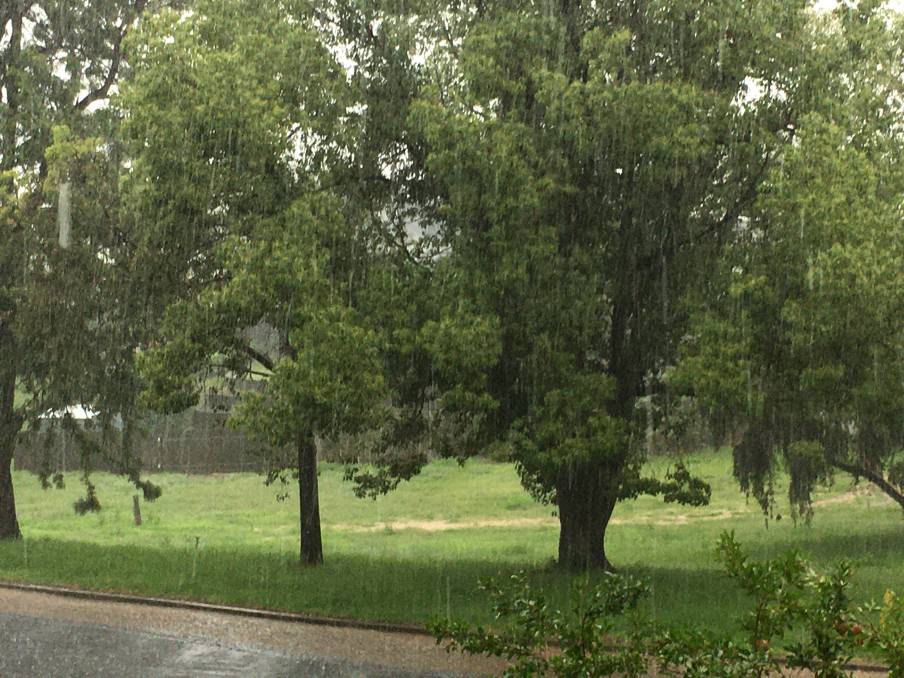 Monday's warnings come after heavy rainfall for some parts of the state.

BoM issues severe weather warning for much of NSW.

A SEVERE weather warning has been issued for several districts across the state as the summer's wild weather continues.

The warning, issued by the Bureau of Meteorology (BoM), covers much of the state, but areas such as Dubbo, Nyngan and Parkes are expected to be among the worst hit.

Thunderstorms have already began to hit the Central Tablelands and BoM's meteorologist Melody Sturm said the region and northern parts of the state were the most likely to be hit.

"The areas most likely to be hit are the central and northern districts," she said.

"Hazards of this may include heavy rainfall, damaging wind gusts and the potential for large hail."

Monday's warning comes after central and western parts of the state were hammered by wild weather during the weekend.

The streets of Broken Hill and Parkes were flooded after heavy rainfall on Saturday.

"We're dealing with a trough moving from west to east over the area, and a trough will go into the north-eastern districts over the coming days causing more thunderstorm potential," Ms Sturm said.

"Behind that we see a bit of a settling of the weather, so it will be more of an easterly pattern and we will see less of a risk of thunderstorms, especially moving into the second half of the week."

Ms Sturm said the storms were coming off the back of significant rainfall for some parts of the state.

"For the North Coast we have seen some localised maximum rainfalls of 200mm, which is quite a lot especially in those areas where we have seen a lot of rainfall over the last few weeks," she said.

"There's still potential for showers and storms for those areas, so we could see extra rain falling on those already saturated soils, which potentially could cause flooding."