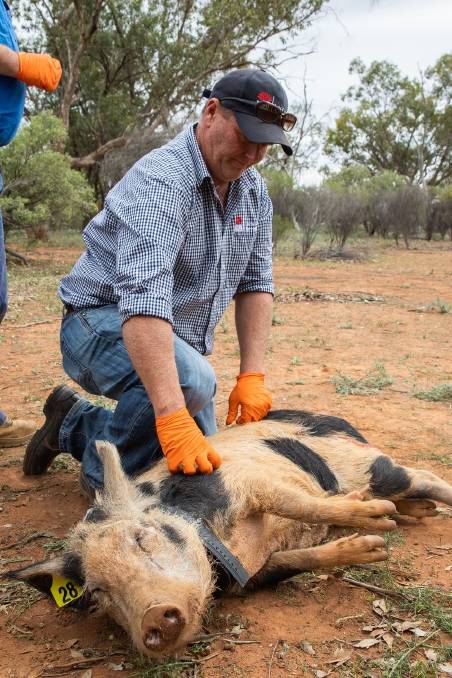 GPS collars are being fitted on feral pigs to track their movement and behaviour in western NSW. Photo: Supplied

They are being used on donkeys and wild dogs but now feral pigs have been added to the list where they too have been fitted with GPS collars in the war to control pests in NSW.

The NSW Government is using the collars on 30 animals in western NSW for a surveillance program to track and give an insight into pig behaviour as well as helping to control the spread of the invasive pest.

Agriculture Minister Adam Marshall said the Western Tracks project would give landholders and government new critical information about pigs' movements and interactions, and how they use different landscapes during the year.

"Feral pigs are one of our most wide-spread pests, but will now have nowhere to hide, as never before have we had this level of scrutiny over these pests and access to the kind of data we need to target them," Mr Marshall said.

Mr Marshall said the data would then be mapped to allow participating landholders to track seasonal pig movements, so that they can target baiting to specific areas.

He said the project would be expanded in Autumn 2021 to see wild dogs also fitted with GPS tracking collars.

"Pests are a plague on primary producers, and wild dogs are particularly bad, causing $25 million in damages to landholders in NSW each year," Mr Marshall said.