Heifers were again in demand, selling to $1880. 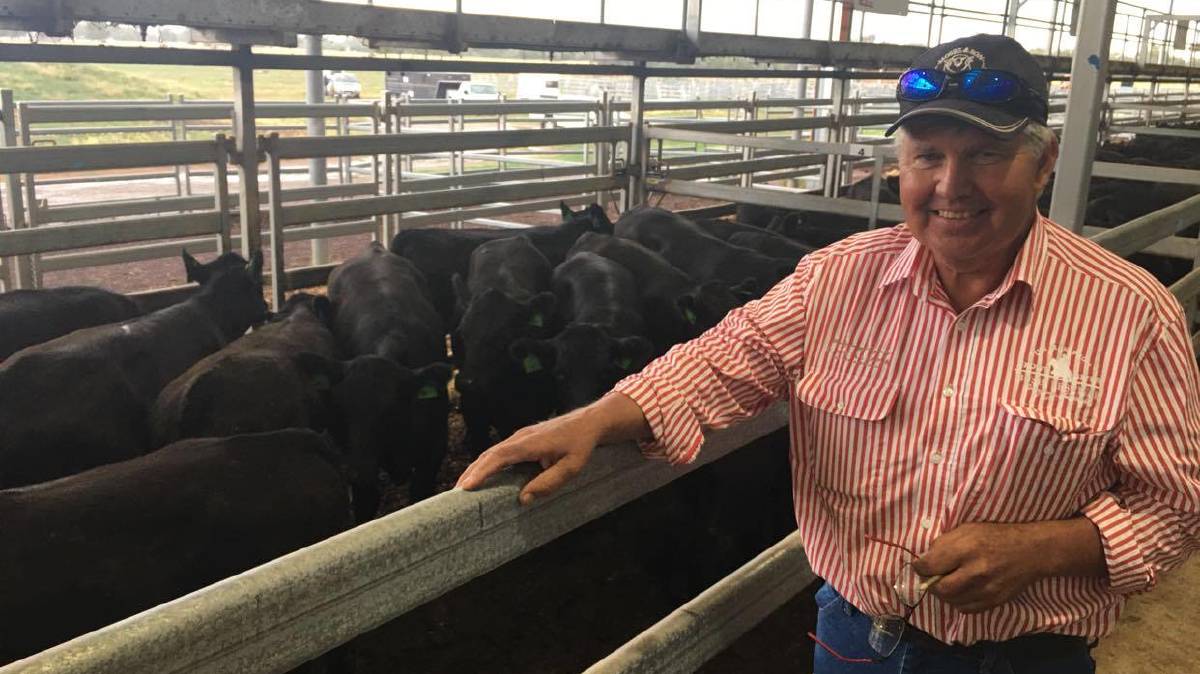 If bidders thought yesterday's Wodonga weaner sale was dear, they were in for a rude shock on today, with Day 2 of the sales seeing prices reach $2070 for Angus weaner steers and $1880 for heifers.

There was 2514 head of good quality cattle yarded in the independent agents black cattle sale, the total offering averaging $1738 a head.

Corcoran Parker agent Leigh McEvoy said it was one of the strongest markets he had ever been involved with.

"We kicked off really well with some good lines of grown, yearling type of steers, they bounced the ball and all made from 450c/kg up to 470c/kg which set the market alight for the genuine weaner run," Mr McEvoy said.

The top price for grown steers was $2180, paid for 13 Angus steers, 15 to 16 months-old, with Llandarlo blood from Mt Elliott Grazing, Corryong, Victoria.

"We had a lot of support from the north, middle NSW and even down into the southern areas and Victoria, along with a couple of pens heading to South Australia."

Feedlots were active, with Rangers Valley purchasing cattle for up to 540c/kg.

The top price of $2070 was paid for 20 Angus steers, 10 months, from JC and JM Maddock, Staghorn Flat, Vic. The weaned steers weighed 433kg and were Dunoon blood.

Next on the top price list was $2015, paid for six yard weaned Angus steers, eight to nine months, with Dunoon blood, from WJ Dickson and Co, Balmoral, Indigo Valley, Vic.

Mr Macaulay said "no one should be complaining about those prices".

The largest line in the sale was a pen of 93 EU accredited Angus steers offered by JA and ST Adams, Mill Park, Staghorn Flat, Vic, which sold for $1920.

The Dunoon-blood calves were nine to 10-months-old and weighed an average 401kg.

Lightweight steers, weighing 280kg to 360kg averaged 509c/kg, up 12 cents from yesterday's sale, and topped at close to 570c/kg for steers weighing 273kg. There were few steers offered below the 260kg mark.

Heifers again sold exceptionally well, most making from $1400 to a huge high price of $1880.

Mr McEvoy said there was a lovely run of heifers on offer.

"There were particular lines of heifers which were purchased for farmers to take on and join," he said.

The top price, $1880, was paid for a run of 29 seven to nine-month old Angus heifers, weighing 352kg, from Narracalca Partnership, Coolac. The pen also made one of the top prices on a cents a kilogram basis attracting 534c/kg.

The pen was purchased by Garry and Judy McNamara who travelled to the sale from Colac West in Victoria's Western District.

The couple bought 77 heifers at the sale in total, the future breeders purchased to help them transition from a dairy operation to beef.

"We're just trying to buy quality heifers and are happy to go the distance to get what we're after," Mr McNamara said.

"The quality here was about what we expected, we were mostly after heifers weighing 300kg to 400kg as we're looking to join in May."