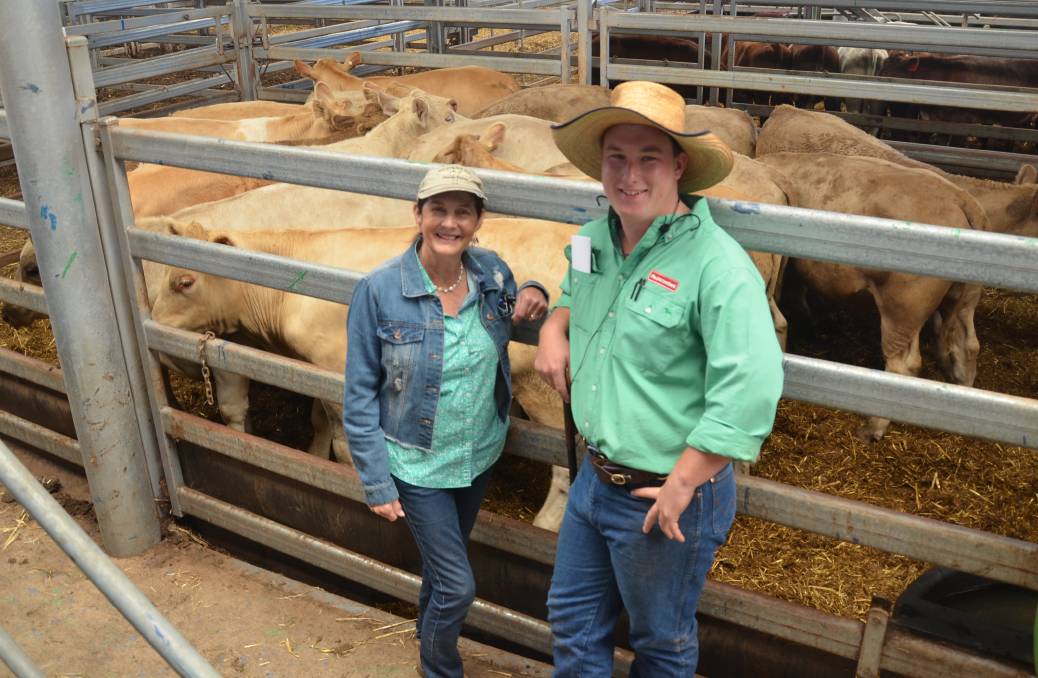 Tight supply and strong northern demand bolstered competition among restockers and feedlots on Thursday for day four of the Wodonga weaner sale series.

Prices for weaner cattle passed 550 cents a kilogram less than 30 minutes into the sale where NSW restockers competed against their Victorian counterparts for pens of vendor-bred calves.

The smaller yarding was partially attributed to vendors retaining their heifer portions for breeding on the back of buoyant seasonal conditions.

Weaner cattle sold to a top of $1980 with a consignment of AH Turnbull steers, 448kg, making 441c/kg at the start of the Euro run.

The sale grossed $2,366,685 with eight per cent of the yarding or 114 head bought by clients online from Victoria and NSW.

Elders Wangaratta and Albury territory sales manager Oliver Mason said the market was on par with the 3000-head weaner sale at Wangaratta a day earlier.

"The north was stronger today on some of those cattle and it's hard to know why but perhaps they had specific orders for Hereford calves," Mr Mason said.

"There are so many empty paddocks north of us that have had that decline in numbers in the last several years and this was one opportunity to jump back in and put together numbers."

Mr Mason said the sale lacked the lines of cattle recent weaner markets in the north-east had featured.

"A lot of our consignments were steer only and that's due to the fact people are retaining their heifers," Mr Mason said.

"Most times those cattle are targeted towards bullock fatteners in the Upper Murray and Gippsland areas but all of those cattle went into NSW feedlots this year," Mr Mason said.

Granite Flat Pastoral, Mita Mita, Vic sold a draft of European Union-accredited steers including a pen of 22, 412kg, which made $1880 or 456c/kg. The pen was named the best presented steer pen.

Cecily M Trickett, Morven sold one of the dearest pens of steers on a cents a kilogram basis with a pen of 20 Herefords, 256kg, fetching $1560 or 609c/kg.

"We had some buyers down on the rail that were after heifers for replacements after they were forced to get rid of their breeding stock in the drought," Mr Gordon said.

"We saw a huge clash between restockers buying for their own breeding operations and feeders which were exceptionally strong."

Mr Gordon said the sale was dearer in places compared to the black sales earlier in the week.

"We put that down to restockers chasing good lines with extra softness and docility because most of the calves we had were very quiet," he said.