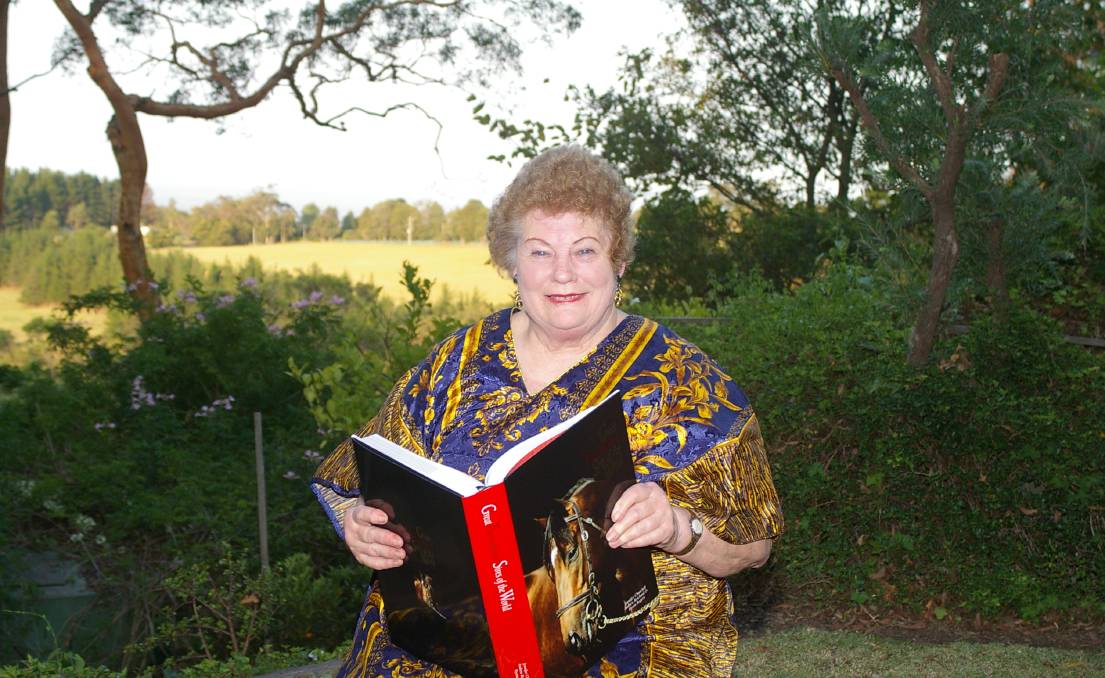 Leading Thoroughbred pedigree authority, Jennifer Churchill, with her much loved published book on world Thoroughbred stallions, "Great Thoroughbred Sires Of The World", at her home at Kurrajong Heights in 2006. Photo: Virginia Harvey

Jenny will be recalled by numerous The Land readers through her column "Under The Figtree", or via her friendly and outgoing nature at numerous country and city race meetings, with camera at the ready, or during earlier times as an owner and breeder.

Jenny was also a regular at the country yearling auctions - particularly the Dubbo Yearling Sale, and William Inglis and Son's major sales, the scribe taking her column-name from its giant fig tree which lies adjacent to its selling ring at the company's former Randwick headquarters of "Newmarket Stables".

The Land's much read "Race Results" page, together with its weekly "Honour Board" of winners, was initiated by Jenny in the late 1970s, originally a rare avenue for tracing the breeding of country race winners, and regular page in The Land which continues to this day. 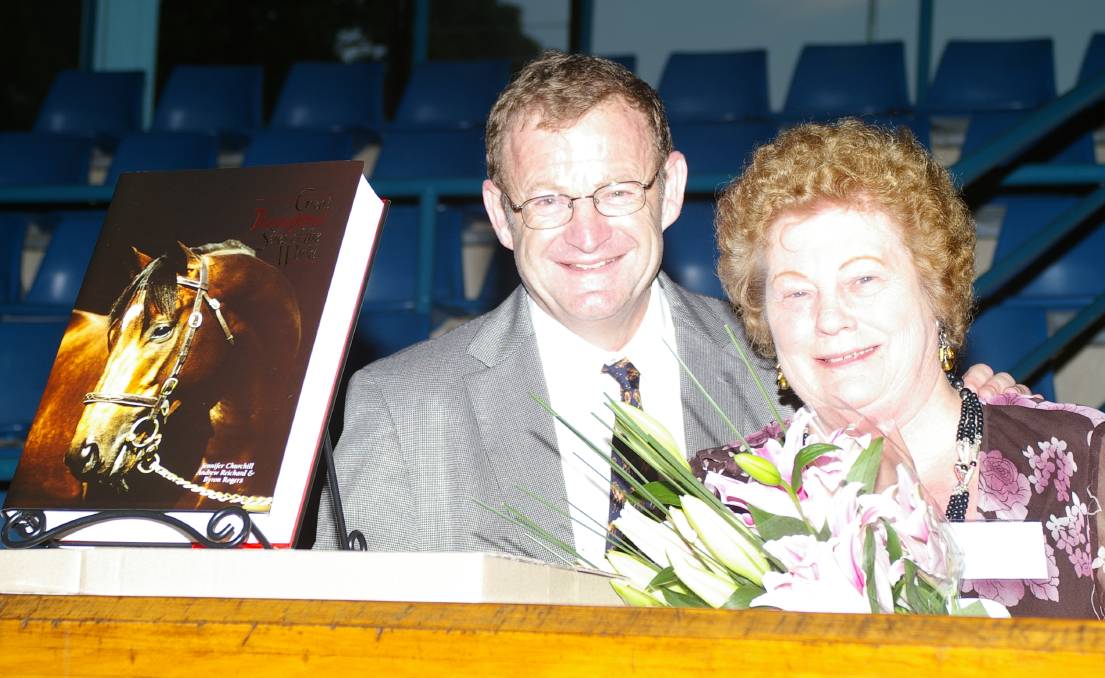 Thoroughbred pedigree authority, Jennifer Churchill, with co-editor Andrew Reichard (publisher of Bluebloods) at the launch of the book, "Great Thoroughbred Sires Of The World", at William Inglis and Son's former headquarters at Randwick in December 2006. Photo: Virginia Harvey

After winning a writing competition via renowned and late Sydney racing writer Bert Lillye, Jenny paved her way for a long and successful Thoroughbred career from the 1960s.

She worked for well-known Thoroughbred journalist marvel, Brian Russell (now 90) at Country Life (which was later absorbed by The Land), followed by free-lancing for now defunct publications including Stud And Stable, Turf Monthly, and Racetrack.

Combined with the team of the Australian Bloodhorse Review - now known as Bluebloods, Jenny was the founding editor of Stallions, a vital annual national register of Thoroughbred sires since 1989, and was principal-co-editor of Great Thoroughbred Sires of the World, published in 2006.

Jenny is survived by her children Amanda and Richard.