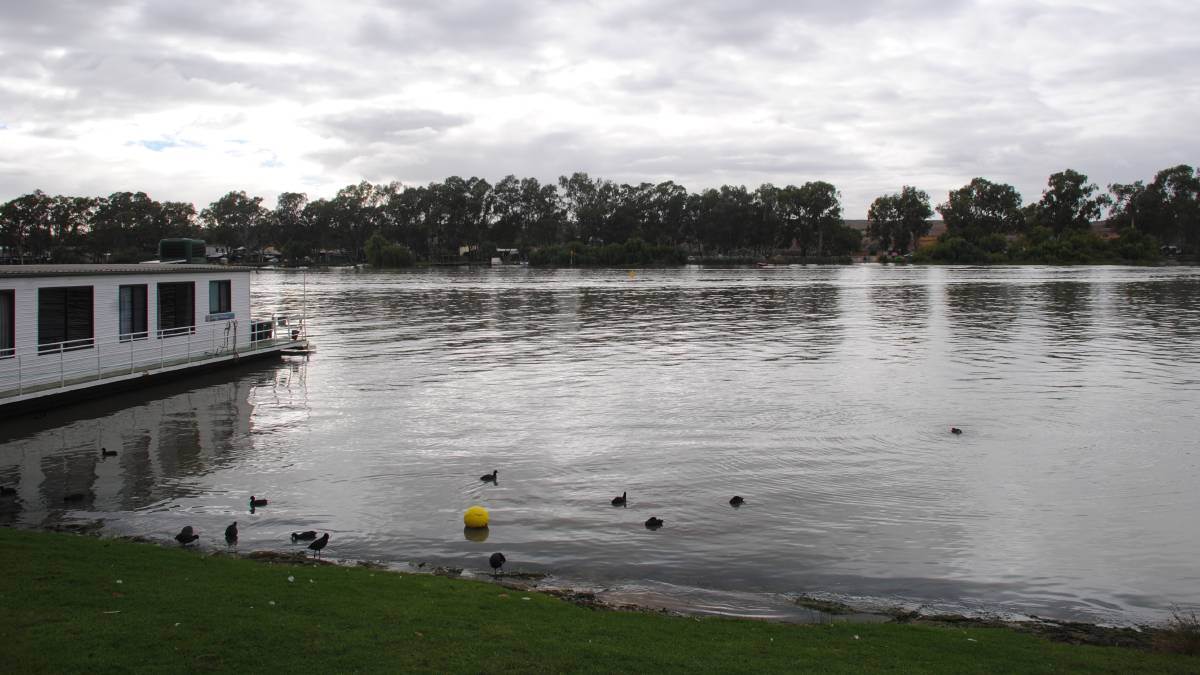 A spike in temperatures means a rise a blue green algae alerts in southern waterways, including the Murray River.

Monitoring will continue throughout the summer after toxic blue green algae was detected in the Murray River and throughout Victorian waterways.

Monitoring will continue throughout the summer after toxic blue green algae was detected in the Murray River.

Red alerts have already been issued along stretches of the river in Victoria and New South Wales.

Levels of blue green algae in other sections of the river continue to fluctuate.

The likelihood of a return to average temperatures later in the summer also concerns officials.

Mildura's temperature is expected to spike above 40 degrees right through to Wednesday but then fall back to below average heat for this time of year.

Blue-green algae alerts generally occur each year in the summer when hot weather and still water combine the ideal conditions for algae levels to increase in our rivers, streams and channels.

Blue-green algae contain toxins that are harmful to humans and animals.

Red alerts indicate people should not come into direct contact with the water.

People are advised not to enter the water, not to drink untreated water or bathe in untreated water while a red alert level warning is in place. Boiling the water will not remove algal toxins.

Do not eat mussels or crayfish from red alert warning areas. Any fish caught should be cleaned and washed thoroughly in uncontaminated water and any internal organs disposed of before consumption.

Contact with the water may also pose a threat to livestock, and pets.

Temperatures, as well as water conditions, impact on the emergence of blue green algal blooms which appear as green paint-like scums.

The much visited Red Cliffs to Mildura stretch of the river is under a blue green algae red alert.

WaterNSW has issued a cautionary warning for toxic blue-green algae on the Lower Murray River between Mt Dispersion and Wentworth.

That red alert was extended last week to include the Red Cliffs to Mildura section of the river in Sunraysia as well.

Locals and holiday makers have been advised to monitor river conditions.

"We want to ensure people are making informed decisions when they enter waterways this summer, and a large part of that is making sure they're not coming into contact with potentially dangerous blue-green algae," said WaterNSW executive manager of water and catchment protection, Fiona Smith.

"We consistently monitor river conditions, which include monitoring levels of blue-green algae, and if our testing returns levels that present a risk to water users, we issue an alert on our website."

"We want to ensure people have the most up-to-date information on river conditions, which is vital in making the right decisions when using waterways."

Blue green algae makes the water appear dirty, green or discoloured and generally has a strong musty or earthy odour.

Blue-green algae occur naturally and can reproduce quickly in favourable conditions where there is still or slow-flowing water, abundant sunlight and sufficient levels of nutrients.

Officials say it is not possible to predict how long the algae will remain at high levels. Regular monitoring will continue, and the alert will be lifted as soon as the high levels of algae dissipate.

The cyanobacteria detected may produce a strong musty odour.

The Murray River is expected to flow at maximum capacity over summer to meet demand for water through the system, however there will be a potential shortfall risk later in the season.

Unexpected summer rains may have lifted that projection.

Murray-Darling Basin Authority has updated its annual operating outlook and after it assessed the full range of scenarios from extremely dry to very wet, the "risk of a shortfall was evident".

MDBA executive director Andrew Reynolds said the movement of water in the river system was "being finely balanced".

"There is an increased risk of a shortfall should there be a sudden spike in usage in parts of the river where water is not readily available," Mr Reynolds said.

"This year the outlook considers the shortfall risk to be greatest in late summer because the higher demand for water resulting from improved water availability is tempered by capacity limitations of the Barmah Choke and the limit to delivery from the Goulburn Inter-Valley Trade account."

Goulburn-Murray Water is continuing to warn the public to avoid contact with water in Lake Eildon due to high levels of blue-green algae.

There are also warnings in place for Tullaroop Reservoir, Hepburns Lagoon, some of the Kerang lakes, parts of the Loddon River and the Shepparton and Torrumbarry channel systems.

Goulburn Murray Water is advising people to use alternative supplies for stock drinking.

Again the warning is for stock and pets to be kept away from the water.

Watering of edible garden plants should be avoided with the toxic water also.

Updates about blue-green algae blooms and red level warning areas can be obtained by calling or visiting - www.waternsw.com.au/algae, or calling 1800 999 457.

Current warnings can be found on the GMW website at https://www.g-mwater.com.au/news/bga. You can also phone GMW's blue-green algae hotline on 03 5826 3785 anytime.